You are here: Home › engineering › My Hovercraft is full of Eels… 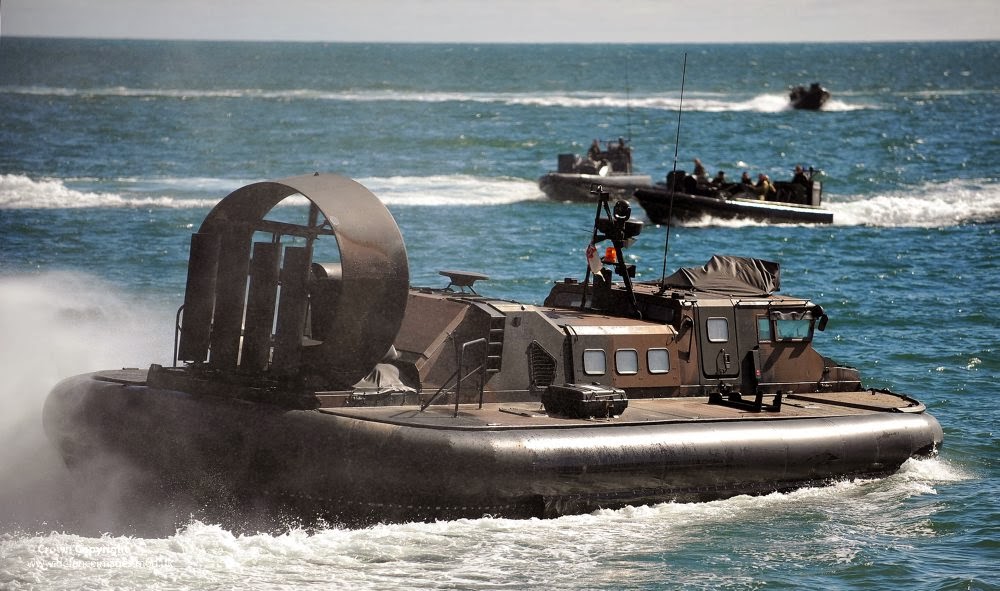 On December 12, 1955, English engineer Christopher Cockerell filed the patent for his new invention, the hovercraft, a craft capable of traveling over land, water, mud or ice and other surfaces both at speed and when stationary.

“My hovercraft is full of eels”…”Ahh matches!”. Many of you may know these famous sentences by Monty Python’s Flying Circus in ‘the Hungarian Phrase Book’.[10] However, today it’s not all about the comedy group, but indeed about the hovercraft. Already in 1716, the Swedish scientist Emanuel Swedenborg [11] used the term ‘hovering’ and scientists began attempting to understand the main principles of air pressure below objects.

The first hovercraft-like vehicle was constructed by Dagobert Müller in 1915. The Austrian inventor propelled the craft with four engines, but it required a certain depth of water to operate and only lifted when in motion. It was equipped with torpedo and reached a maximum speed of almost 60 km/hour. But due to lack of interest, the construction and further development was not supported by the military. Further efforts were achieved in the 1920s by Konstantin Eduardovich Tsiolkovskii,[12] who laid the theoretical grounds for motion over air layers. But also during World War II, several efforts on developing a hovercraft were made, but since it was supported by the government, the leading developer was not able to file a patent.

After the war, development was reestablished. Especially Russian engineers made significants efforts but lacked a powerful engine to create the needed lift and speed. Canadian engineers started experimenting with hovercraft in the 1950s but due to inefficiency, the project was abandoned in 1961. 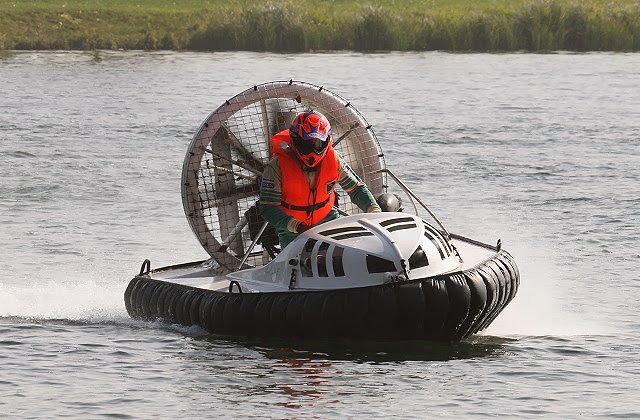 However, the modern hovercraft is generally associated with Christopher Cockerell. The English engineer was along with his research group able to establish an annular ring of air for the first time. Also they demonstrated a vehicle that could be practically used for the first time. Cockerell was educated at the Cambridge University, where he enrolled in 1934 in order to study Radio and Electronics. Afterwards, he began working at the Marconi Company. After the war however, his interest developed more towards sophisticated equipment, that was later even used by the BBC. After leaving the company, the engineer decided to found a company together with his father in law and the hovercraft grew out of this work at the company. Cockerell found out that the craft itself needed to be lifted out of the water in order to reach a greater speed of most boats of his time. He also developed the theory that channeling the air would lead to a narrow jet around the perimeter of the craft, forming a momentum curtain and lifting the craft completely out of the water. The first experiments were made with a vacuum cleaner and after a few years of research and development, first prototypes were built.

After a long time of persuading the government to support his project, “Saunders-Roe, Nautical 1” short SR.N1 finally started. In 1959, the famous first crossing of the English Channel was accomplished. In December of the same year, the Duke of Edinburgh was allowed to control the craft but damaged it due to the excessive speed. The hovercraft became highly used in the overall transport system and for military purposes. On this day, many civilians build and ride their hovercraft in private races. They often use fun designs and even a DeLorean hovercraft was sighted in the U.S. just recently.

In 1966, Cockerell was awarded the Royal Medal of the Royal Society. In 1969, he was knighted for his invention. In 1983, he received the James Watt Medal. The UK Antarctic Place-Names Committee (UK-APC) named the Cockerell Peninsula in Antarctica after him in 1977. In later life, Cockerell developed many other improvements to the hovercraft, and invented various other applications for the air cushion principle, such as the hovertrain. He attended many hovercraft related events, such as the unveiling of many hoverports across the United Kingdom. After a short illness, Christopher Cockerell died at Hythe, Hampshire on 1 June 1999.