You are here: Home › engineering › Buran – The Russian Space Shuttle 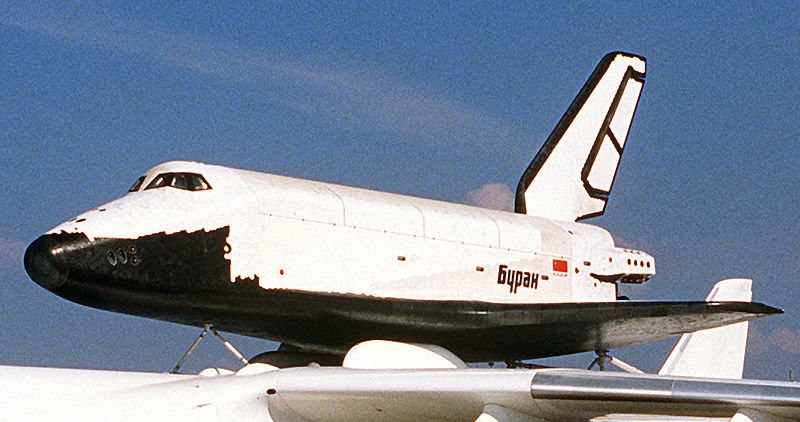 Even though the Soviet’s space-craft program started officially in the 1950’s, not a single project came into production and was organized sporadically only. The very first steps towards the Buran program were taken when the responsible scientists got the idea of using the high-altitude jet aircraft Burya. A few test flights were accomplished but the committee closed the project shortly after.

However, in the 1970s, the Buran project started from the beginning and was supposed to be the Soviet Union’s answer to the U.S. space-shuttle program. In fear of an early attack by the U.S. the program became more organized, better financed and the designs were accomplished fast. The space craft was officially designed for the delivery to orbit and return to Earth of spacecraft, cosmonauts, and supplies.

The actual construction period started in 1980 and three years later, the first test flights started. The Soviet Union passed a new rule, saying that all Soviet space missions contain at least one crew member who has been to space before, wherefore nearly all crew members had to gather some experience before the actual mission could start. The very first operational spacecraft flew one test mission on November 15, 1988. The ship was launched unmanned and flew two orbits while traveling 83,707 km in a little more than 3 hours. This remained Buran’s only flight into space and the program was cancelled almost immediately after the dissolution of the Soviet Union. After the refurbishment work, the space shuttle was brought back to a hangar where it was refurbished for another flight. During the postflight inspection, it was discovered that seven heat protection tiles had fallen off during the flight, but this had not endangered the flight. 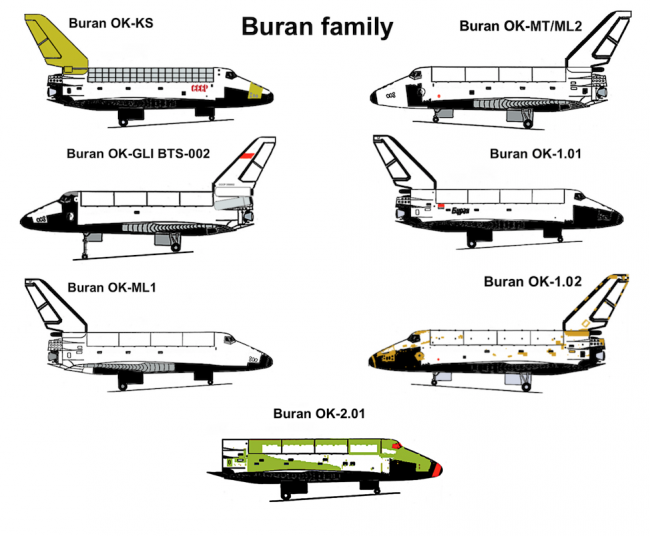 Originally, another launch was planned for 1993, with a flight duration of 15 to 20 days, but after the program was halted, it never happened. Still, the Buran orbiter is ranked among the world’s first space planes, others were SpaceShipOne, or Boeing X-37 and became known as the first to perform an unmanned allround flight completely automatic. On this day, a Buran space shuttle prototype, which never flew to space, can be seen at Gorky Park, Moscow, Russia and another can be seen at Technik Museum Speyer, in Speyer Germany.[2] This version has four turbo jet engines which provided enough thrust for the shuttle to make atmospheric test flights.