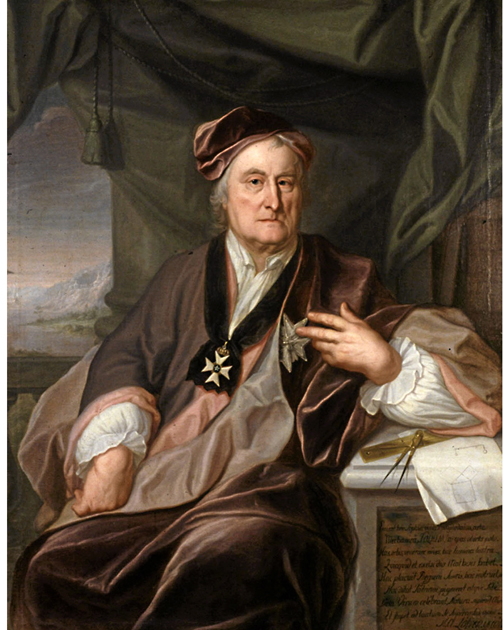 On December 18, 1661, Swedish scientist, inventor, and industrialist Christopher Polhem was born. He made significant contributions to the economic and industrial development of Sweden, particularly mining. He notable introduced a division of labour among manufacturing tasks, centuries before the production line methods pioneered by Henry Ford.

Christopher Polhem was the son of Christina Eriksdotter Schening from Vadstena, Sweden, and Wulf Christopher Polhammar, a German merchant who immigrated to Visby. As a seven year old, Polhammar was orphaned. The mother soon remarried with Jöran Silcker. Polhammar was put in Visby school when the family could not afford to pay private tuition and as early as 1671 he was forced to cancel his studies. Christopher Polhammar then had to move to an uncle Hans Adam Polhammar in Stockholm. When his uncle also died in 1673, he was taken care of by Mattias Biörenklous widow Margareta Wallenstedt and came to work as a printer and joined her farms Vansta manor in Ösmo and Kungshamn farm.

At the age of sixteen, Polhammar acquired a workshop at Vansta, where he began to perform various mechanical works. From the priests in the district he received help with Latin teaching in exchange for help with repairs and constructions of clockwork. In 1685 he left Margareta Wallenstedt’s service and instead took up employment at Fållnäs in the Sorunda parish. There, he soon became a supervisor at a farm in Södermanland due to his excellent skills in mathematics. His job led him to become enthusiastic about technology and engineering and he set up a workshop making tools and clocks. Polhem’s academic career started around 1687, when he enrolled at the Uppsala University. As an entrance examination, it is said that Polhem managed to repair two astronomical clocks. Here he studied physics, mathematics and mechanics, and possibly even the humanities. Soon, the young engineer increased his reputation rapidly and became known across the country. [1]

In the 1690s, Polhem constructed a model to improve the used technologies for extracting ore from mines and was commissioned by Charles XII of Sweden to build the machine, which was able to transport ore from mines in barrels, conveyed them to the smelting house where the barrels were emptied and then returned to the mine for a new load. The whole process went by automatically and only required manual interaction when the ore was loaded into the barrels. The power for this novel machine was taken from a water wheel. The Great Pit winder as it was later called, was installed in 1694. Polhem became Director of Mine Engineering and Art Master of the Falu mine where he supervised the extraction of ore from the mine and the used machines. [1,2]

In 1699 he founded Stjärnsund’s factory in Dalarna . There, among other things, they manufactured machines and shuttles. In Sweden, the people longed for more local productions instead of exporting raw materials and buying back the finished products. Christopher Polhem and Gabriel Stierncrona then constructed a factory in Sweden where they intended to produce everyday household items and he also began manufacturing clock parts. Also, Polhem saw the need for a technical laboratory and he established the Laboratorium Mechanicum in 1697 in order to teach and research the technologies behind their novel machines.

The next big thing Polhem and his colleagues tackled, was the production of sluices for the Swedish rivers to improve the transport. Unfortunately, the sluice project at Göta River was completed in 1754, three years after the death of Christopher Polhem. [1] Other major contributions made by Polhem were the constructions of dry docks, dams and as mentioned before, canal locks, which he designed together with his assistant and friend, Emanuel Swedenborg.[3] The Sluice construction in Stockholm was Christopher Polhem’s final undertaking. He was now old and had to be carried down to the sluice to see his work, which was led by his son, Gabriel. Christopher Polhem died in 1751 at the age of 90.[5]