You are here: Home › physics › Max Born and the statistical interpretation of the Wave Function 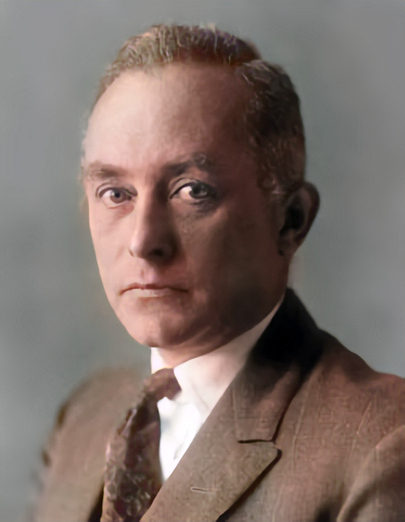 On December 11, 1882, German physicist, mathematician, and Nobel Laureate Max Born was born, who was instrumental in the development of quantum mechanics. He also made contributions to solid-state physics and optics and supervised the work of a number of notable physicists in the 1920s and 1930s.

“Can we call something with which the concepts of position and motion cannot be associated in the usual way, a thing, or a particle? And if not, what is the reality which our theory has been invented to describe? The answer to this is no longer physics, but philosophy. “
— Max Born in his Nobel lecture (1954)

Max Born was born in Breslau (now Wrocław, Poland), which at the time of Born’s birth was part of the Prussian Province of Silesia in the German Empire, to a family of Jewish descent as one of two children born to Gustav Born, an anatomist and embryologist, who was a professor of embryology at the University of Breslau, and his wife Margarethe. Initially educated at the König-Wilhelm-Gymnasium in Breslau, Born entered the University of Breslau in 1901. The German university system allowed students to move easily from one university to another, so he spent summer semesters at Heidelberg University in 1902 and the University of Zurich in 1903. In 1904 he went to the University of Göttingen, where he found the renowned mathematicians Felix Klein,[6] David Hilbert [4] and Hermann Minkowski.[5] From the first class he took with Hilbert, Hilbert identified Born as having exceptional abilities and selected him as the lecture scribe, whose function was to write up the class notes for the students’ mathematics reading room at the University of Göttingen. Being class scribe put Born into regular, invaluable contact with Hilbert, who became Born’s mentor.

Born’s relationship with Klein was more problematic, since Klein, who was impressed by Born’s abilities, invited Born to submit a thesis on the subject of “Stability of Elastica in a Plane and Space” – a subject near and dear to Klein – which Klein had arranged to be the subject for the prestigious annual Philosophy Faculty Prize offered by the University. Entries could also qualify as doctoral dissertations. Born responded by turning down the offer, as applied mathematics was not his preferred area of study. Klein was greatly offended. Klein had the power to make or break academic careers, so Born felt compelled to atone by submitting an entry for the prize. Because Klein refused to supervise him, Born arranged for Carl Runge to be his supervisor. In 1906, it was announced that Born had won the prize.[12] A month later, he passed his oral examination and was awarded his PhD in mathematics magna cum laude.

“I believe there is no philosophical high-road in science, with epistemological signposts. No, we are in a jungle and find our way by trial and error, building our road behind us as we proceed. We do not find signposts at crossroads, but our own scouts erect them, to help the rest.”
– Max Born, Experiment and Theory in Physics (1943), p. 44

On graduation, Born was obliged to perform his military service, which he had deferred while a student. His service was brief, as he was discharged early after an asthma attack in January 1907. He then travelled to England, where he was admitted to Gonville and Caius College, Cambridge, and studied physics for six months at the Cavendish Laboratory under J.J. Thomson,[10], George Searle and Joseph Larmor. He then returned to Breslau, where he worked under the supervision of Otto Lummer and Ernst Pringsheim, hoping to do his habilitation in physics. A minor accident involving Born’s black body experiment, a ruptured cooling water hose, and a flooded laboratory, led to Lummer telling him that he would never become a physicist.

In 1905, Albert Einstein published his paper On the Electrodynamics of Moving Bodies about special relativity [1]. Born was intrigued, and began researching the subject. He was devastated to discover that Minkowski was also researching special relativity along the same lines, but when he wrote to Minkowski about his results, Minkowski asked him to return to Göttingen and do his habilitation there. Born accepted. Toeplitz helped Born brush up on his matrix algebra so he could work with the four-dimensional Minkowski space matrices used in the latter’s project to reconcile relativity with electrodynamics. Born attempted to present their results at a meeting of the Göttingen Mathematics Society a few weeks later. He did not get far before he was publicly challenged by Klein and Max Abraham, who rejected relativity, and forced to terminate the lecture. However, Hilbert and Runge were interested in Born’s work and Born subsequently published his talk as an article on “The Theory of Rigid Bodies in the Kinematics of the Relativity Principle” which introduced the concept of Born rigidity.

Born settled in as a young academic at Göttingen as a privatdozent. By the end of 1913, Born had published 27 papers, including important work on relativity and the dynamics of crystal lattices. In 1914 received a letter from Max Planck explaining that a new professor extraordinarius chair of theoretical physics had been created at the University of Berlin, which had been offered to Max von Laue,[14] but he had turned it down. Born accepted. In 1915, Born enlisted in an Army signals unit and joined the Artillerie-Prüfungs-Kommission, the Army’s Berlin-based artillery research and development organisation. In Berlin, Born formed a lifelong friendship with Einstein, who became a frequent visitor to Born’s home. Even before Born had taken up the chair in Berlin, von Laue had changed his mind, and decided that he wanted it after all. He arranged with Born and the faculties concerned for them to exchange jobs.

In April 1919 Born became professor ordinarius and Director of the Institute of Theoretical Physics on the science faculty at the University of Frankfurt am Main. While there, he was approached by the University of Göttingen, which was looking for a replacement for Peter Debye as Director of the Physical Institute.[15] In 1925, Born and his assistant Werner Heisenberg formulated the matrix mechanics representation of quantum mechanics. On 9 July, Heisenberg gave Born a paper entitled Über quantentheoretische Umdeutung kinematischer und mechanischer Beziehungen (“Quantum-Theoretical Re-interpretation of Kinematic and Mechanical Relations”) to review, and submit for publication. In the paper, Heisenberg formulated quantum theory, avoiding the concrete, but unobservable, representations of electron orbits by using parameters such as transition probabilities for quantum jumps, which necessitated using two indexes corresponding to the initial and final states. In a letter to Born on 4 December 1926, Einstein made his famous remark regarding quantum mechanics:

“Quantum mechanics is certainly imposing. But an inner voice tells me that it is not yet the real thing. The theory says a lot, but does not really bring us any closer to the secret of the ‘old one’. I, at any rate, am convinced that He is not playing at dice.”

In 1928, Einstein nominated Heisenberg, Born, and Jordan for the Nobel Prize in Physics, but Heisenberg alone won the 1932 Prize “for the creation of quantum mechanics, the application of which has led to the discovery of the allotropic forms of hydrogen“, while Schrödinger and Dirac shared the 1933 Prize “for the discovery of new productive forms of atomic theory“. Those who received their Ph.D. degrees under Born at Göttingen included Max Delbrück, Siegfried Flügge, Friedrich Hund, Pascual Jordan, Maria Goeppert-Mayer, Lothar Wolfgang Nordheim, Robert Oppenheimer, and Victor Weisskopf. Born’s assistants at the University of Göttingen‘s Institute for Theoretical Physics included Enrico Fermi, Werner Heisenberg, Gerhard Herzberg, Friedrich Hund, Pascual Jordan, Wolfgang Pauli, Léon Rosenfeld, Edward Teller, and Eugene Wigner.

In January 1933, the Nazi Party came to power in Germany. In May, Born became one of six Jewish professors at Göttingen who were suspended with pay. Born began looking for a new job, writing to Maria Göppert-Mayer at Johns Hopkins University and Rudi Ladenburg at Princeton University.[16] Offers soon started to pour in, and he accepted one from St John’s College, Cambridge. At Cambridge, he wrote a popular science book, The Restless Universe, and a textbook, Atomic Physics, that soon became a standard text. Born’s position at Cambridge was only a temporary one, and his tenure at Göttingen was terminated in May 1935. His main sphere of work during this period was in the field of nonlinear electrodynamics, which he developed in collaboration with Infeld.[2] He therefore accepted an offer from C. V. Raman to come to Bangalore in 1935. Born considered taking a permanent position there, but the Indian Institute of Science did not create an additional chair for him. In 1936, Born was asked f he would consider becoming his successor as Tait Professor of Natural Philosophy at the University of Edinburgh, an offer that Born promptly accepted. Born became a Fellow of the Royal Society of Edinburgh in 1937, and of the Royal Society of London in March 1939. Born received his certificate of naturalisation as a British subject on 31 August 1939, one day before the Second World War broke out in Europe.

“It is true that many scientists are not philosophically minded and have hitherto shown much skill and ingenuity but little wisdom.”
— Max Born, Natural Philosophy of Cause and Chance (1964)

Born remained at Edinburgh until he reached the retirement age of 70 in 1952. He retired to Bad Pyrmont, in West Germany, in 1954. In October, he received word that he was being awarded the Nobel Prize. His fellow physicists had never stopped nominating him. Franck and Fermi had nominated him in 1947 and 1948 for his work on crystal lattices, and over the years, he had also been nominated for his work on solid state physics, quantum mechanics and other topics. In 1954, he received the prize for “fundamental research in Quantum Mechanics, especially in the statistical interpretation of the wave function” — something that he had worked on alone.