You are here: Home › mathematics › Carl Runge and the Early Days of Numerical Mathematics 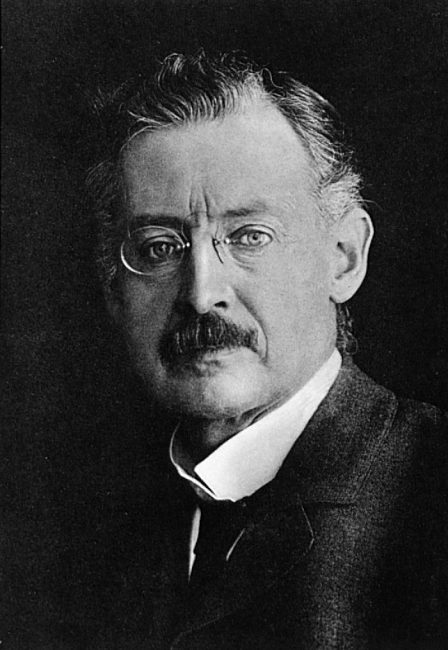 On August 20, 1856, German mathematician, physicist, and spectroscopist Carl Runge (Carl David Tolmé Runge) was born. He was co-developer and co-eponym of the Runge–Kutta method , a single-step method for the approximate solution of initial value problems in numerical mathematics.

Carl Runge was born in Bremen, Germany, the son of the merchant Julius Runge and his wife Fanny Tolmé, who was from England. He spent his early childhood years in Havana, Cuba, where his father administered the Danish consulate. After Julius retired, the family returned to live permanently in Bremen, but Julius had only a short retirement for he died on 18 January 1864. Fanny was left on her own to bring up the eight children. In 1875 Carl Runge graduated from high school in Bremen, Germany. He then accompanied his now widowed mother to Italy for six months. He first studied literature and philosophy, then mathematics at the University of Munich. Runge attended courses with fellow student Max Planck and they became close friends, remaining so for the rest of their lives.[5]

In 1877 he continued his studies at the University of Berlin, where he was particularly influenced by the mathematicians Kronecker and Weierstrass. After receiving his doctorate in 1880 under Weierstrass and Kummer with a thesis in differential geometry entitled Über die Krümmung, Torsion und geodätische Krümmung der auf einer Fläche gezogenen Curven (About the curvature, torsion and geodesic curvature of the curves drawn on a surface.), he habilitated in 1883.

After qualifying to be a Gymnasium teacher during session 1880-81, he completed the necessary examinations and returned to Berlin where he began to collaborate with Kronecker. In the spring of 1886, Runge became professor of mathematics at the Technical University of Hanover.  In 1904, at the instigation of Felix Klein,[1] he was appointed to the newly created professorship of applied mathematics at the Georg August University of Göttingen, the first of its kind in Germany.

Research in Mathematics and Beyond

At first, his field of work was purely mathematical. From Kronecker he got the suggestion for number theory and from Weierstrass for function theory. During his time in Berlin, he learned about the Balmer series from his future father-in-law (in whose family he socialized a lot). Within a year of taking up the professorship at Hannover, Runge had moved away from pure mathematics to study the wavelengths of the spectral lines of elements other than hydrogen together with Heinrich Kayser. In Göttingen, together with Martin Wilhelm Kutta, he developed the Runge-Kutta method for the numerical solution of initial value problems. Also known is his investigation of interpolation polynomials and their behavior when the polynomial degree is increased (see Runge’s Phenomenon). In function theory he investigated the approximability of holomorphic functions and thus founded the Runge theory.

Runge undertook several major journeys. His knowledge of languages, especially English, was of great benefit to him. In 1897 he visited the meeting of the British Association in Toronto and subsequently all important American observatories. Together with Karl Schwarzschild he undertook a solar eclipse expedition to Algiers in 1906. In the winter of 1909, he went to Columbia University in New York for a year as an exchange professor. This was followed by a second tour of America, visiting not only universities and observatories but also the sites of his childhood in Havana. In 1923 he reached the age of retirement but he continued to lead his institute in Göttingen until in 1925 his successor Gustav Herglotz took over. In the summer of 1926, he attended the British Association meeting in Oxford.