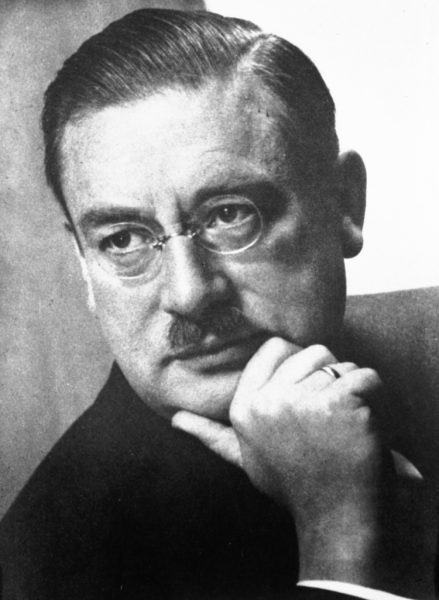 On March 24, 1884, Dutch-American physicist and physical chemist Peter Joseph William Debye was born. Debye’s investigations of dipole moments, X rays, and light scattering in gases brought him the 1936 Nobel Prize in Chemistry. Most of his work was in chemical-physics with special interest in electrolytes and dipolar momentum analysis. He established a theory of specific heat with some improvements on that proposed by Einstein.[5]

“If a problem is clearly stated, it has no further interest to the physicist.”
— Peter Debye, as quoted in [11]

Peter Debye was born in Maastricht, Netherlands. His father, Johannes Wilhelmus Debije (1859-1937), was a foreman at the J. G. Lambriex metal goods factory and his mother, Maria Anna Barbara Ruemkens (1859-1940), a cashier at the theatre. Debye attended the Aachen University of Technology where he studied under the theoretical physicist Arnold Sommerfeld and completed his first degree in electrical engineering in 1905.[6] Two years later, Debye published his first paper on a mathematical solution of a problem involving eddy currents. In 1908, now working with Sommerfeld in Munich, Debye earned his doctorate degree by deriving the Planck radiation formula using a method which Max Planck agreed was simpler than his own.[7] After Albert Einstein left his professorship at the University of Zurich for a position at Prague, Peter Debye took his old post. He later also worked at Utrecht, Göttingen, ETH Zurich, Leipzig, and Berlin. In Berlin, he became director of the Kaiser Wilhelm Institute for Physics.

The Concept of Dipole Moment

Debye achieved his first major contribution to science in 1912 when he applied the concept of dipole moment to the charge distribution in asymmetric molecules. He then developed equations relating dipole moments to temperature and dielectric constant. In his honor, the units of molecular dipole moments are termed debyes. In 1912, Debye also managed to extend Albert Einstein’s theory of specific heat to lower temperatures by including contributions from low-frequency phonons.

One year later, Debye extended Niels Bohr‘s theory of atomic structure [8], introducing elliptical orbits, a concept also introduced by Arnold Sommerfeld. Peter Debye later also calculated the effect of temperature on X-ray diffraction patterns of crystalline solids with Paul Scherrer and, together with Erich Hückel, he developed an improvement of Svante Arrhenius‘ theory of electrical conductivity in electrolyte solutions. In 1923, Peter Debye developed a theory to explain the Compton effect, the shifting of the frequency of X-rays when they interact with electrons.

“Mathematical physics is in the first place physics and it could not exist without experimental investigations.”
— Peter Debye,  inaugural lecture at Utrecht on the kinetic theory of matter and its modern development (1913), as quoted in [12]

In 1936 Peter Debye received the Nobel Prize in Chemistry “for his contributions to our knowledge of molecular structures through his research on dipole moments (Debye equation), diffraction of X-rays and electrons in gases“. In 1950 he was awarded the Max Planck Medal. He was awarded the Priestley Medal in 1963, the Rumford Medal in 1930, the Franklin Medal in 1937 and the National Medal of Science in 1965. His doctoral students included Lars Onsager and Paul Scherrer and his postdoctoral students included his assistant in Zurich Erich Hückel.

During his later career, Peter Debye became director of the physics section of the prestigious Kaiser Wilhelm Institute in Berlin and was appointed professor of Theoretical Physics at the Frederick William University of Berlin. When the National Socialist regime required Debye to accept German citizenship, he refused; he took leave of absence, went to the USA with his wife and son in 1940 and taught at Cornell University in Ithaca, New York from 1940. At the same time he informed the German authorities that he wanted to leave his directorship of the Kaiser Wilhelm Institute only temporarily. One reason was that he wanted to support his daughter who remained in Berlin. He continued to act as editor of the Physikalische Zeitschrift, which was published with the assistance of the Physikalisch-Technische Reichsanstalt, until the journal was discontinued in 1945. In 1941 he became a U.S. citizen, so that he could then be involved in wartime research on plastics. He continued polymer research after the war as well. In 1952 he officially retired from Cornell University, but continued his research there until his death. Peter Debye died on November 2, 1966 in Ithaca, New York, of the consequences of a heart disease.

Debye made outstanding contributions in at least five areas:

In his late research years, he focused on the understanding of polymer molecules.

In January 2006, a book (in Dutch) appeared in the Netherlands, written by Sybe Rispens, entitled Einstein in the Netherlands. One chapter of this book discusses the relationship between Albert Einstein and Debye. Rispens discovered documents that, as he believed, were new and proved that, during his directorship of the Kaiser Wilhelm Society, Debye was actively involved in cleansing German science institutions of Jewish and other “non-Aryan elements”. Many biographies published before Rispens’ work, state that Debye moved to the US because he refused to accept German citizenship forced on to him by the Nazis. However, it has been well documented in many biographies, and also in Rispens’ book, that Debye and Dutch colleagues helped his Jewish colleague Lise Meitner in 1938–1939 at great risk to himself and his family to cross the Dutch-German border to escape Nazi persecution and eventually obtain a position in Sweden.