You are here: Home › mathematics › Karl Pearson and Mathematical Statistics 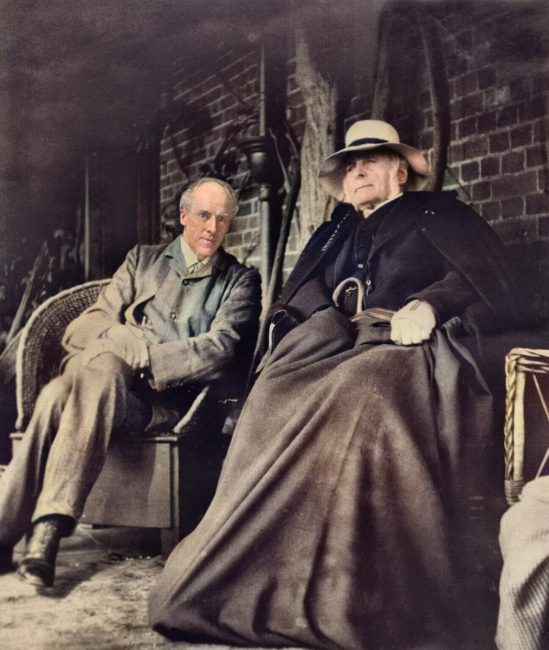 On March 27, 1857, English mathematician and biostatistician Karl Pearson was born. Pearson has been credited with establishing the discipline of mathematical statistics. He founded the world’s first university statistics department at University College London in 1911, and contributed significantly to the field of biometrics, meteorology, theories of social Darwinism and eugenics.

“It was Karl Pearson, a man with an unquenchable ambition for scholarly recognition and the kind of drive and determination that had taken Hannibal over the Alps and Marco Polo to China, who recognized the power in Edgeworth’s formulations of Galton’s ideas. Pearson lacked Galton’s originality and Edgeworth’s depth of understanding, but it was his zeal, with a vital assist from G. Udny Yule, that created the methodology and sold it to the world.”
– Stephen M. Stigler (1986) on Karl Pearson, in [11]

Karl Pearson was born as second child into a family from Yorkshire Quakers in Islington, London, UK, to William Pearson, a barrister of the Inner Temple, and his wife Fanny (née Smith). Pearson was educated privately at University College School, after which he went to King’s College, Cambridge in 1876 to study mathematics, where he was taught by Stokes, Maxwell, Cayley, Burnside, and most importantly the outstanding student coach Edward Routh, to graduate in 1879 as Third Wrangler in the Mathematical Tripos.[1]

He then travelled to Germany to study physics at the University of Heidelberg under G. H. Quincke and metaphysics under Kuno Fischer. He next visited the University of Berlin, where he attended the lectures of the famous physiologist Emil du Bois-Reymond on Darwinism. Pearson also studied Roman Law, taught by Bruns and Mommsen, medieval and 16th century German Literature, and Socialism.

Called to the Bar

Despite being called to the Bar in 1882, Pearson never practiced law. During 1882-84 he lectured around London on a wide variety of topics such as German social life, the influence of Martin Luther, and historical topics. He even proposed himself to Karl Marx as the English translator of the existing volume of Das Kapital.[2,4] He also wrote essays, articles and reviews as well as substituting for professors of mathematics at King’s College and University College London.[1]

In 1884 Pearson was appointed professor of applied mathematics and mechanics at University College, London. He taught graphical methods, mainly to engineering students, and this work formed the basis for his original interest in statistics.[2] 1891 saw him also appointed to the professorship of Geometry at Gresham College. There he met Walter Frank Raphael Weldon, a zoologist who had some interesting problems requiring quantitative solutions. Weldon introduced Pearson to Charles Darwin’s cousin Francis Galton,[5] who was interested in aspects of evolution such as heredity and eugenics. Pearson became Galton’s protégé. Pearson was a co-founder, with Weldon and Galton, of the statistical journal Biometrika.[1]

The Grammar of Science

In 1892 Pearson published The Grammar of Science, in which he argued that the scientific method is essentially descriptive rather than explanatory. Soon he was making the same argument about statistics, emphasizing especially the importance of quantification for biology, medicine, and social science. It was the problem of measuring the effects of natural selection that captivated Pearson and turned statistics into his personal scientific mission.[2] When young Albert Einstein [6] started the Olympia Academy study group in 1902, with his two younger friends, Maurice Solovine and Conrad Habicht, his first reading suggestion was Pearson’s The Grammar of Science which covered several themes that were later to become part of the theories of Einstein and other scientists. Pearson asserted that the laws of nature are relative to the perceptive ability of the observer. Irreversibility of natural processes, he claimed, is a purely relative conception. An observer who travels at the exact velocity of light would see an eternal now, or an absence of motion. He speculated that an observer who travelled faster than light would see time reversal, similar to a cinema film being run backwards. Pearson also discussed antimatter, the fourth dimension, and wrinkles in time.

The Creation of Modern Statistics

Through his mathematical work and his institution building, Pearson played a leading role in the creation of modern statistics. The basis for his statistical mathematics came from a long tradition of work on the method of least squares approximation, worked out early in the 19th century in order to estimate quantities from repeated astronomical and geodetic measures using probability theory. Pearson drew from these studies in creating a new field whose task it was to manage and make inferences from data in almost every field. His positivistic philosophy of science provided a persuasive justification for statistical reasoning.[2]

A Man of Universal Interests

Pearson’s work was all-embracing in the wide application and development of mathematical statistics, and encompassed the fields of biology, epidemiology, anthropometry, medicine, psychology and social history. Among those who assisted Pearson in his research were a number of female mathematicians who included Beatrice Mabel Cave-Browne-Cave and Frances Cave-Browne-Cave. He also founded the journal Annals of Eugenics (now Annals of Human Genetics) in 1925. Pearson’s commitment to socialism and its ideals led him to refuse the offer of being created an OBE (Officer of the Order of the British Empire) in 1920 and also to refuse a knighthood in 1935.