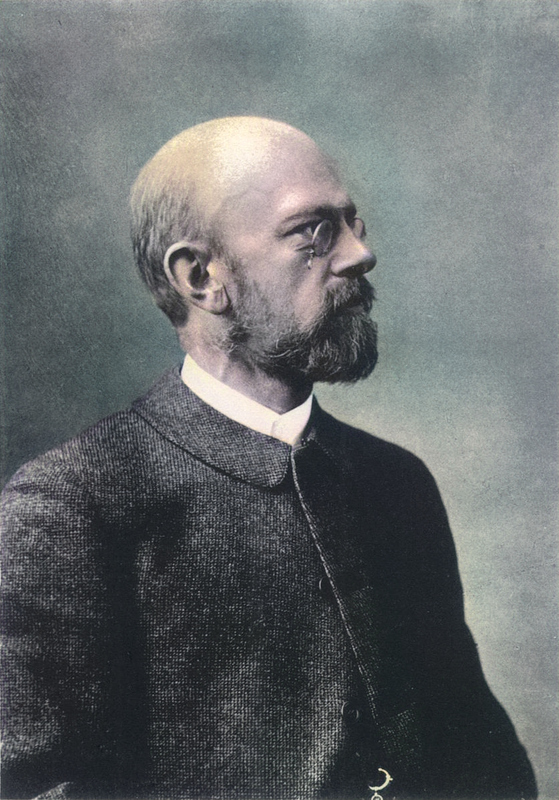 On August 8, 1900 David Hilbert, probably the greatest mathematician of his age,  gave a speech at the Paris conference of the International Congress of Mathematicians, at the Sorbonne, where he presented 10 mathematical Problems (out of a list of 23), all unsolved at the time, and several of them were very influential for 20th century mathematics.

“Who of us would not be glad to lift the veil behind which the future lies hidden: to cast a glance at the next advances of our science and at the secrets of its development during future centuries? What particular goals will there be toward which the leading mathematical spirits of coming generations will strive? What new methods and new facts in the wide and rich field of mathematical thought will the new centuries disclose?” (David Hilbert, 1900)

The Most Important Mathematica Lecture of All Time

Those were the words spoken by Hilbert at probably the most important as well as famous mathematical lecture of all times. Several of the Hilbert problems have been resolved in ways that would have been profoundly surprising, and even disturbing, to Hilbert himself. Following Frege [1] and Bertrand Russell,[2] Hilbert sought to define mathematics logically using the method of formal systems, i.e., finitistic proofs from an agreed-upon set of axioms. One of the main goals of Hilbert’s program was a finitistic proof of the consistency of the axioms of arithmetic (the 2nd problem). However, Kurt Gödel‘s second incompleteness theorem gives a precise sense in which such a finitistic proof of the consistency of arithmetic is probably impossible.[9] Famously, Hilbert stated that the point is to know one way or the other what the solution is and he believed that we always can know this, i.e., that in mathematics there is no “ignorabimus” (Latin for “we will not know”or a statement that the truth can never be known).

Göttingen as the Preeminent Mathematical Institution

David Hilbert was born on 23 January 1862 in Wehlau, near Königsberg, Prussia (now Kaliningrad, Russia), to Otto Hilbert, a county judge who had married Maria Therese Erdtmann, the daughter of a Königsberg merchant. After his high school graduation, in autumn 1880, Hilbert enrolled at the University of Königsberg, the “Albertina”. In early 1882, Hermann Minkowski returned to Königsberg and entered the university to whom. Hilbert developed a lifelong friendship.[5] Hilbert obtained his doctorate in 1885, with a dissertation titled Über invariante Eigenschaften spezieller binärer Formen, insbesondere der Kugelfunktionen (“On the invariant properties of special binary forms, in particular the spherical harmonic functions“). In 1886 Hilbert habilitated himself in Königsberg with a thesis on invariant theoretical investigations in the field of binary forms and became a private lecturer. Hilbert remained at the University of Königsberg as a Privatdozent (senior lecturer) from 1886 to 1895. In 1895, as a result of intervention on his behalf by Felix Klein, he obtained the position of Professor of Mathematics at the University of Göttingen [6]. During the Klein and Hilbert years, Göttingen became the preeminent institution in the mathematical world. Hilbert remained there for the rest of his life.

Hilbert had been invited to give a lecture at the second international mathematicians’ congress in Paris in August 1900. He decided not to give a “ceremonial lecture” in which he would talk about what he had achieved so far in mathematics, nor to respond to Henri Poincaré‘s lecture at the first international mathematics congress in 1897, which had talked about the relationship between mathematics and physics.[10] Instead, his lecture should offer a programmatic view of the future of mathematics in the coming century. Of the 23 Hilbert problems, problems 3, 7, 10, 11, 13, 14, 17, 19, 20, and 21 have a solution that is accepted by consensus. On the other hand, problems 1, 2, 5, 9, 15, 18+ (the “+” stands for a computer-generated proof), and 22 have solutions that have partial acceptance, but there exists some controversy as to whether it resolves the problem or not.  That leaves 16, 8 (the Riemann hypothesis) and 12 unresolved. On this classification 4, 16, and 23 are too vague to ever be described as solved. The withdrawn 24 would also be in this class. 6 is considered as a problem in physics rather than in mathematics. Overall, some of the 23 famous problems continue to this day to remain a challenge for mathematicians.

“We are not speaking here of arbitrariness in any sense. Mathematics is not like a game whose tasks are determined by arbitrarily stipulated rules. Rather, it is a conceptual system possessing internal necessity that can only be so and by no means otherwise.” (David Hilbert, 1919)

Mathematics at the Turn of the 20th Century

Mathematics at the turn of the century was not yet well established. The tendency to replace words with symbols and vague concepts with strict axiomatics was not yet very pronounced and would only allow the next generation of mathematicians to formalise their subject more strongly. Hilbert could not yet fall back on the Zermelo-Fraenkel set theory, concepts such as topological space and the Lebesgue integral or the Church-Turing thesis. Functional analysis, which was founded among others by Hilbert himself with the introduction of the Hilbert space named after him, had not yet separated itself from the calculus of variations as a mathematical field. Many of the problems in Hilbert’s list are – partly also for this reason – not formulated so precisely and restrictedly that they could be clearly solved by the publication of a proof. Some problems are less concrete questions than calls to do research in certain areas; others are too vague to say exactly what Hilbert would have considered the solution.

Around 1909, Hilbert dedicated himself to the study of differential and integral equations. His work had direct consequences for important parts of modern functional analysis. In order to carry out these studies, Hilbert introduced the concept of an infinite dimensional Euclidean space, later called Hilbert space. His work in this part of analysis provided the basis for important contributions to the mathematics of physics in the next two decades, though from an unanticipated direction. Later on, Stefan Banach amplified the concept, defining Banach spaces. Hilbert spaces are an important class of objects in the area of functional analysis, particularly of the spectral theory of self-adjoint linear operators, that grew up around it during the 20th century.