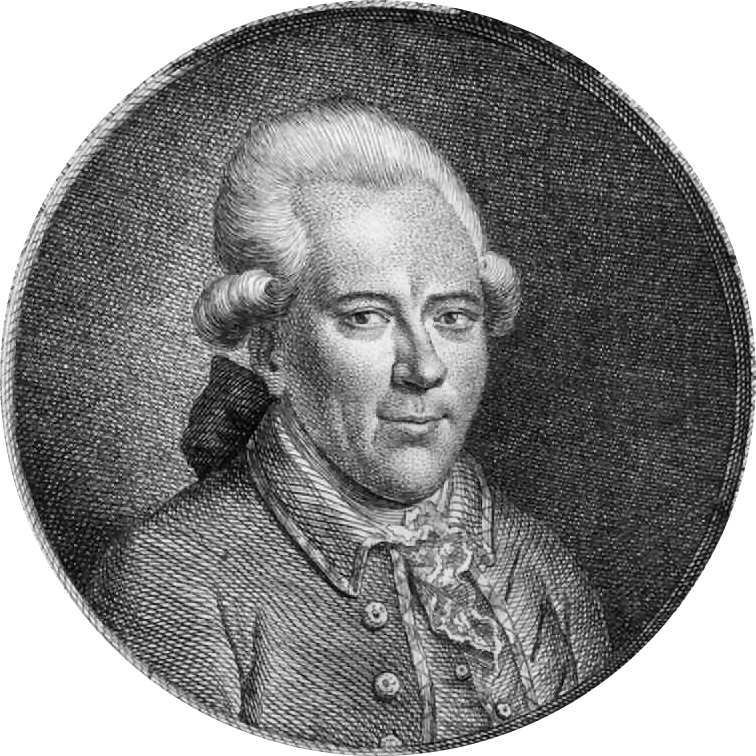 On July 1, 1742, German scientist, satirist and Anglophile Georg Christoph Lichtenberg was born. He is remembered best for his posthumously published notebooks, which he himself called Sudelbücher, a description modeled on the English bookkeeping term “scrapbooks”, and his aphorisms.

A book is a mirror: if an ape looks into it an apostle is hardly likely to look out. We have no words for speaking of wisdom to the stupid. He who understands the wise is wise already. (Georg Christoph Lichtenberg, Notebook E, 1775 – 1776)

The First Chair of Experimental Physics in Germany

As a scientist, Georg Christoph Lichtenberg was the first to hold a professorship explicitly dedicated to experimental physics in Germany. Many of his aphorisms and reflections also include keen observations on human nature, comparable to the 17th-century French moralists. Over the time, they have widely become a common property. His biography can be told in a few lines. Born in a little village near Darmstadt, Germany, being the youngest of seventeen children of pastor Johann Conrad Lichtenberg, Georg Christoph was educated at his parents’ house until the age of ten, when he joined the Lateinschule in Darmstadt. His father, unusually for a (German) clergyman in those times, seemed to have possessed a fair amount of scientific knowledge. However, Georg Christoph’s intelligence and wit became obvious already at a very early age and he wanted to study mathematics. Unfortunately, his family could not afford to pay for lessons. Thus, in 1762 his mother applied to Ludwig VIII, Landgrave of Hesse-Darmstadt, who granted sufficient funds to his talented subject to study under mathematician and epigrammatist Abraham Gotthelf Kästner. Unfortunately, Lichtenberg suffered his whole life from an increasing kyphoscoliosis (spinal curvature), which not only led to a pronounced hump and low body size, but also made breathing more and more difficult. His physical disability and constant susceptibility to disease made him exceptionally sensitive. He focused his powers of observation not only on scientific phenomena, but also on the environment and his fellow human beings.

In 1763, Lichtenberg entered Göttingen University, where in 1769 he became extraordinary professor of physics, but only starte to give regular lectures six years later. In the following years until 1774 he made astronomical observations at the old observatory in Göttingen. By 178o, Lichtenberg was promoted full professor. He held this post until his death in 1799.  In 1793 he was appointed a member of the Royal Society in London. Lichtenberg maintained extensive correspondence with important contemporaries, including Immanuel Kant,[4] Johann Wolfgang von Goethe,[5] Johann Daniel Ramberg and Abraham Gotthelf Kästner. Invited by his students, he visited England twice, which very much impressed him and he became a well-known Anglophile. Based on these visits he published his Briefe aus England (Letters from England), which are the most attractive of all his writings published during his lifetime. Great Britain impressed him, and he subsequently became a well-known Anglophile.

“It is almost impossible to bear the torch of truth through a crowd without singeing somebody’s beard.”
– Georg Christoph Lichtenberg, Notebook G, 1779-1783

Let’s take a look at the physicist Georg Christoph Lichtenberg. As one of the very first scientists he introduced experiments with apparatus in his university lectures. In 1784 Alessandro Volta,[8] inventor of the first stable electric power source, the Voltaic pile, visited Göttingen especially to see Lichtenberg and his famous experiments. And even the prince of mathematicians, Carl Friedrich Gauss sat in on his lectures.[9] In 1771 Lichtenberg was commissioned by the Hanoverian government with the geodetic surveying of Hanover, Osnabrück and later Stade; the position of Göttingen was already sufficiently known. The surveying trips lasted from December 1771 to September 1773. In the meantime Lichtenberg visited Hamburg and Helgoland. In 1778 he began his later famous main lecture “Experimental Physics“. The new demonstration character of the lecture, which he held until his death, made him known beyond the city limits. Today he is remembered for his investigations in electricity, for discovering branching discharge patterns on dielectrics now called Lichtenberg figures. With a very large electrophorus developed by his own, he discovered the basic principle of modern Xerography copy machine technology. By discharging a high voltage point near an insulator, he was able to record strange tree-like patterns in fixed dust. These Lichtenberg figures are considered today to be examples of fractals. Lichtenberg also was one of the first to introduce Benjamin Franklin‘s lightning rod to Germany by installing such devices to his house in Göttingen and his garden sheds.[10]

“Much reading has brought upon us a learned barbarism.”
– Georg Christoph Lichtenberg, Notebook F, 1776-1779

Schopenhauer admired Lichtenberg greatly for what he had written in his notebooks and he was not alone among other famous admirers such as Friedrich Nietzsche, Sigmund Freud, and Ludwig Wittgenstein. For many years Lichtenberg wrote down innumerable fragments of thoughts (spontaneous ideas, reading fruits, reflections on almost all fields of knowledge and scientific findings) in notebooks in aphoristic form in 1764, which he called self-ironically “Sudelbücher” (Scrapbooks) and which were published posthumously. They prove his open-mindedness for everything new, the encyclopaedic vastness of his mind and, in a special way, his capacity for sceptical observation and ironic formulation. The scrapbooks contain quotations that struck Lichtenberg, titles of books to read, autobiographical sketches, and short or long reflections. It is those reflections that help Lichtenberg earn his posthumous fame. Today he is regarded as one of the best aphorists in the Western intellectual history.

“If a book and a head collide and it sounds hollow, is that always in the book?”
– Georg Christoph Lichtenberg, Notebook F, 1776-1779

In October 1789, convulsive asthma attacks (a consequence of the curvature of the spine) began, tying him to bed for months. When he died in 1799, he left behind his wife and eight children.