You are here: Home › biology › Wilhelm Pfeffer – a Pioneer of Plant Physiology 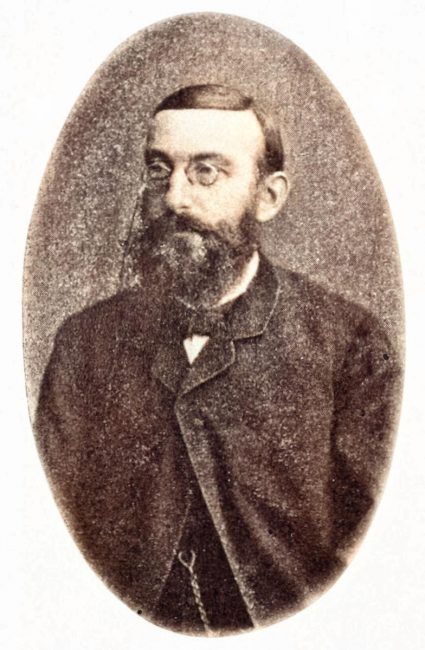 Wilhelm Pfeffer was the son of a pharmacist. At first he attended the Kurfürstliche Gymnasium in Kassel, then became an apprentice pharmacist and passed the assistant examination at the age of 18. His father aroused his interest in botany and natural sciences at an early age. Pfeffer attended the University of Göttingen studying chemistry and pharmacy under the chemist Friedrich Wöhler who became best known for his synthesis of urea, under William Eduard Weber who became known together with Carl Friedrich Gauss as the inventor of the first electromagnetic telegraph,[4] and Wilhelm Rudolph Fittig who for instance discovered the pinacol coupling reaction, mesitylene, diacetyl and biphenyl. He received his doctorate in 1865 with a thesis on “On some derivatives of glycerine and its transformation into allylene“.

He then worked as a pharmacist in Augsburg and, from 1866, in Chur, Graubünden, where he worked, among other things, on leaf mosses. His uncle, the geologist Gottfried Theobald, introduced him to alpine botany and mountaineering. Pfeffer was the fifth person to climb the Matterhorn. From 1868/69 Pfeffer studied pharmacy again at the University of Marburg and graduated with a pharmaceutical state examination. He then studied at the University of Berlin under Alexander Braun and Nathanael Pringsheim, for whom he was also a private assistant. Pfeffer then moved to Würzburg as Julius von Sachs’ private assistant. He habilitated in 1871. Works from this time were The effect of coloured light on the decomposition of carbonic acid in plants and “The developments of the germ of the genus Selaginella“. 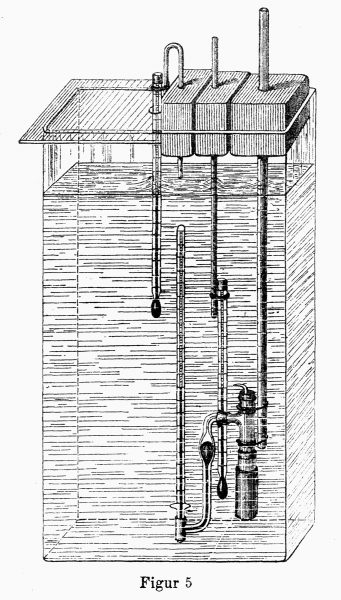 Wilhelm Pfeffer’s “Pfeffer Cell” device was composed of a porous earthenware container, with a copper ferrocyanide precipitate, connected to a manometer

Academic Career and Experiments with Chronophotography

As one of the pioneers of modern plant physiology, Wilhelm Pfeffer researched the thermonastic and photonastic movements of flowers, the nyctinastic movements of leaves, protoplastic physics and photosynthesis. During his time at Basel, Pfeffer researched plant metabolism and developed a a semi-porous membrane to study the phenomena of osmosis. The developed osmometric device became known as the ‘Pfeffer cell’ and was used for determining the osmotic pressure of a solution. Osmotic pressure is the minimum pressure which needs to be applied to a solution to prevent the inward flow of its pure solvent across a semipermeable membrane. It is also defined as the measure of the tendency of a solution to take in pure solvent (which belongs to the solution under discussion) by osmosis. The phenomenon of osmosis arises from the propensity of a pure solvent to move through a semipermeable membrane and into its solution containing a solute to which the membrane is impermeable. This process is of vital importance in biology as the cell’s membrane is semipermeable. Jacobus Henricus van’t Hoff later examined the laws of diluted solutions on the basis of Pfeffer’s findings. He was awarded the first Nobel Prize in Chemistry in 1901.[6]

Wilhelm Pfefferinvestigated many other botanical phenomena, including the movement of the stamens of centaurea species, chemotactic movements of spermatozoa in mosses and ferns, the daily rhythms of leaf and flower movements, and the starch saccharification of maize seedlings. Together with Julius von Sachs, Wilhelm Pfeffer is regarded as the founder of modern plant physiology. He was elected a member of the Royal Swedish Academy of Sciences in 1897. His library of more than 11.000 works now belongs to the Okayama University in Japan.