You are here: Home › chemistry › Jeremias Richter and the Law of Definite Proportions 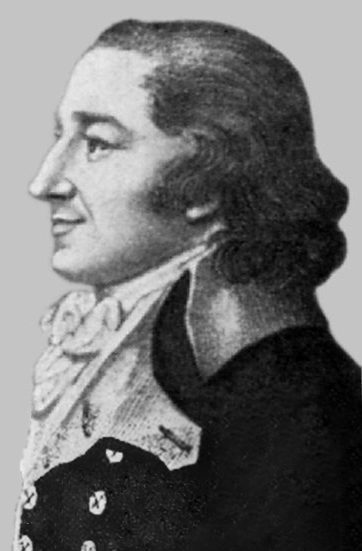 On March 10, 1762, German chemist Jeremias Benjamin Richter was born. He discovered the law of definite proportions and is best known for introducing the term stoichiometry, i.e. the calculation of relative quantities of reactants and products in chemical reactions.

Jeremias Benjamin Richter was born at Hirschberg in Silesia, today’s Jelenia Góra in Western Poland. He graduated from the Hirschberg Gymnasium, and in 1778 joined the engineering corps of the Prussian army. Richter devoted his spare time to studying chemistry and, after seven years, left the army to enter the University of Königsberg, where he studied mathematics and philosophy and probably attended Immanuel Kant’s lectures.[3] He was awarded the doctorate in 1789 with the dissertation De usu matheseos in chemia, in which he set out the determinations of the specific gravities of a number of substances, both compounds and solutions, and attempted to determine the weight of phlogiston.

Richter went to Gross-Ober-Tschirnau, near Glogau, in Lower Silesia, where he established a laboratory and supported himself by chemical research and making aerometers. In 1795 he became secretary and assayer to the Oberbergamt at Breslau (now Wrocław), and in 1798 he became “second Areanist,” or chemist, at the Royal Porcelain Works at Berlin. Richter was a corresponding member of the Gross-britannische Societät of Göttingen and of the Munich and St. Petersburg academies. He never held an academic position, never married, and died of tuberculosis at the age of forty-five.

The Principles of Stoichiometry

As a chemist, Richter is responsible for some of the earliest determinations of the quantities by weight in which acids saturate bases and bases acids, and of arriving at the conception that those amounts of different bases which can saturate the same quantity of a particular acid are equivalent to each other. Driven by his achieved results, Richter was led to conclude that chemistry is a branch of applied mathematics. Actually, he wrote in the preface to the The Principles of Stoichiometry, or the Art of Measuring Chemical Elements (vols. 1–3, 1792–94):

“All sciences concerned with magnitudes belong to mathematics. The reason that so little progress is made in this branch is that chemists only rarely occupy themselves with mathematics and mathematicians feel no call to make conquests for the art of measurement in the field of chemistry.“

In 1792, Richter proposed the law of definite proportions, which gave evidence for the existence of atoms. Richter found that the ratio by weight of the compounds consumed in a chemical reaction was always the same. It took 615 parts by weight of magnesia (MgO), for example, to neutralize 1000 parts by weight of sulfuric acid. From his data, Ernst Gottfried Fischer calculated in 1802 the first table of chemical equivalents, taking sulphuric acid as the standard with the figure 1000.
Richter defines his new science of Stoichiometry, as “the science of measuring the quantitative proportions or mass ratios in which chemical elements strand one to another.”

The law of definite proportions and constant composition do not prove that atoms exist, but they are difficult to explain without assuming that chemical compounds are formed when atoms combine in constant proportions. Unfortunately Richter’s writing style has been described as obscure and clumsy. Despite his imaginative theorizing and skillful laboratory work, his chemical achievements passed almost unnoticed among his contemporaries until 1802, when it was summarized in Ernst Gottfried Fischer’s tables. Richter’s results had virtually no influence on the development of chemistry until after the acceptance of Dalton’s atomic theory.[4] John Dalton demonstrably knew the important work of Richter and was able to formulate atomic theory. Why Jeremias Richter overlooked the link between stoichiometry and atomic theory remains a mystery. Probably for philosophical reasons (according to Kant) he believed in a different structure of matter.