You are here: Home › physics › Statistical Mechanics with Paul Ehrenfest 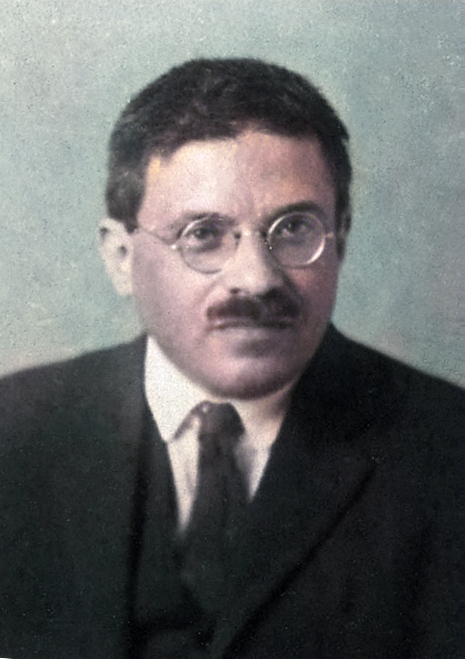 On January 18, 1881, Austrian and Dutch theoretical physicist Paul Ehrenfest was born. Ehrenfest made major contributions to the field of statistical mechanics and its relations with quantum mechanics, including the theory of phase transition and the Ehrenfest theorem.

“Einstein, my upset stomach hates your theory — it almost hates you yourself ! How am I to provide for my students ? What am I to answer to the philosophers ?”
– Paul Ehrenfest about the theory of general relativity, in a letter dated November 24, 1919, to Albert Einstein.

Paul Ehrenfest grew up in Vienna as the son of a Jewish family from Loštice in Moravia. His parents, Sigmund Ehrenfest and Johanna Jellinek, ran a grocery store. Although the family was not overly religious, Paul studied Hebrew and the history of the Jewish people. After finishing high school in 1899, he studied at Vienna Institute of Technology and Unniversity of Vienna under physicist Ludwig Boltzmann, who was instrumental in developing Ehrenfest’s interest in theoretical physics defining his main area of research for years to come [2]. Close study friends at that time were Hans Hahn, Gustav Herglotz and Heinrich Tietze.

From 1901 he studied in Göttingen with Felix Klein,[3] David Hilbert,[4] Max Abraham, Ernst Zermelo,[5] Walter Nernst [6] and Karl Schwarzschild.[7] On June 23, 1904 he received his doctorate from Boltzmann in Vienna with a thesis on the movement of rigid bodies in liquids according to Hertz’s mechanics. He then remained at the universities of Vienna and, from 1906, Göttingen, where Felix Klein, dean of the Göttinger mathematicians and chief editor of the Enzyklopädie der mathematischen Wissenschaften (Encyclopaedia of mathematical sciences), commissioned him to write the encyclopaedia article on statistical mechanics, on which he worked with his wife for the following years, spending the years 1907 to 1912 in St Petersburg. However, the article was not published until 1911. Paul Ehrenfest did not have a fixed position, but he was in contact with the St Petersburg mathematicians (such as Alexander Friedmann, Tamarkin, Steklov) and took another degree in physics. In 1911/12 he travelled again through Western Europe in search of employment, meeting Einstein for the first time in Prague.[8] Einstein recommended Ehrenfest to succeed him in his position in Prague, but that did not work out. This was due to the fact that Ehrenfest declared himself to be an atheist.

From 1912 he was Professor of Theoretical Physics at the University of Leiden, as successor to the then leading theoretical physicist Hendrik Antoon Lorentz. He was recommended by Arnold Sommerfeld, who was impressed by Ehrenfest’s lectures.[9] On 4 December, 1912, Ehrenfest gave his inaugural lecture Zur Krise der Lichtaether-Hypothese (About the crisis of the light-ether hypothesis). He should remain in LEiden for the rest of his career. From 1904 he was married to the Russian mathematician Tatjana Ehrenfest-Afanassjewa who had studied with him in Göttingen and with whom he had two daughters (Tatyana, Galinka) and two sons (Paul Jr, Vassily). 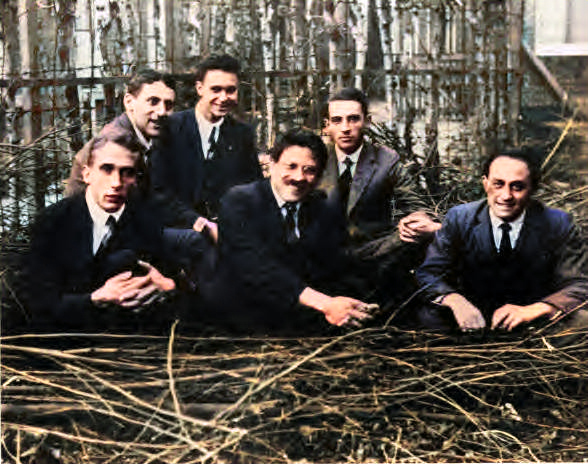 His contribution to modern physics is above all his famous article on statistical mechanics in the Encyclopedia of Mathematical Sciences (with his urn model to explain irreversible phenomena, the quasi-ergod hypothesis, etc.) of 1911 and the Ehrenfest Theorem (1927), a theorem of quantum mechanics named after him, which establishes a generally valid relationship to classical physics. In 1911 he published his Adiabatic Hypothesis (Annals of Physics). It is a concept derived from classical mechanics that on the one hand can serve to refine certain methods of Bohr’s model of the atom (although initially Ehrenfest did not accept Bohr’s ideas) and on the other hand makes a link between atomic mechanics and statistical mechanics.

The Ehrenfest paradox, an apparent paradox of special relativity (SRT), which he established in 1909, is still often discussed today. This “paradox” was very useful for the later development of the concept of the “rigid body” in the context of special relativity, and publications for exact solutions to this topic still appear today. The questions raised were also extremely fruitful for the development of Albert Einstein’s general theory of relativity, as it made Einstein aware of the importance of non-Euclidean geometry. Ehrenfest himself became an important defender of special relativity from 1910 and published several papers in which he addressed the misinterpretations of special relativity by other authors such as Vladimir Sergeyevich Ignatovsky. Around this time Ehrenfest became a friend of Einstein, with whom he corresponded. Together with Hendrik Antoon Lorentz, Ehrenfest was also one of the few who supported Einstein in his efforts to develop general relativity.

From the correspondence with his close friends of May 1931 it appears that Ehrenfest suffered from severe depression. By August 1932, Einstein was so worried that he wrote to the Board of the University of Leiden, expressing deep concern and suggesting ways in which Ehrenfest’s workload could be reduced. Ehrenfest killed himself on 25 September 1933. He had announced his suicide in a letter to his friends and colleagues Niels Bohr, Albert Einstein, James Franck, Gustav Herglotz, Abram Feodorovich Ioffe, Philip Kohnstamm and Richard C. Tolman, but this letter was not sent. In it, he expresses scepticism about his ability to continue to work in physics, whose development he says he can no longer follow. He also suffered severely from the disability (Down syndrome) of his son Vassily, whom he also shot before his suicide.