You are here: Home › engineering › Sir Henry Bessemer and the Secret of Steel 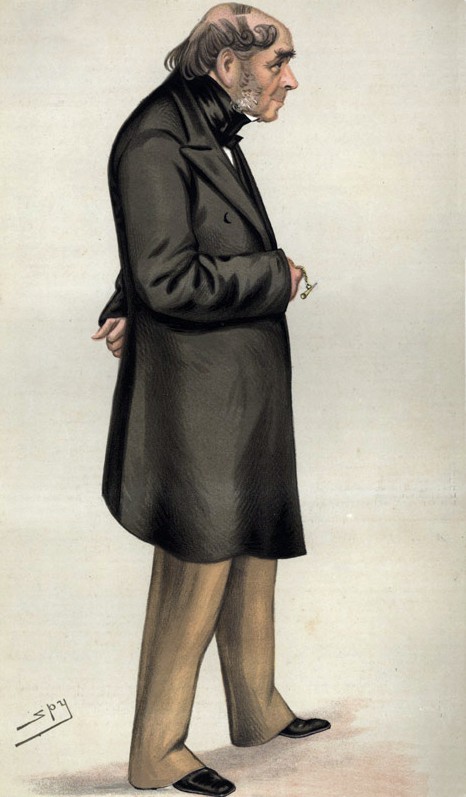 On January 19, 1813, English engineer, inventor, and businessman Sir Henry Bessemer was born. Bessemer’s name is chiefly known in connection with the Bessemer process, the first process for manufacturing steel inexpensively (1856), leading to the development of the Bessemer converter.

“I had an immense advantage over many others dealing with the problem inasmuch as I had no fixed ideas derived from long-established practice to control and bias my mind, and did not suffer from the general belief that whatever is, is right.
— Sir Henry Bessemer, as quoted in [6]

Henry Bessemer was born on January 19, 1813 in Charlton, Hertfordshire, England. He was the son of an engineer and typefounder and he showed a great interest in making own inventions at early age. Bessemer proved to be mechanically skilled and had his first success selling ‘gold’ powder made from brass as a paint additive. Henry Bessemer also patented a method for making a continuous ribbon of plate glass in 1848, but it was not really commercially successful.

The Invention of Bessemer Steel

Through the years, Henry Bessemer thought of more and more inventions and he began working on the problem of manufacturing cheap steel for ordnance production from 1850 to 1855 when he patented his method. He first described the process to a meeting of the British Association in Cheltenham which he titled “The Manufacture of Iron Without Fuel.” The famous Bessemer process involved the procedure of oxygen blown in the air through molten pig iron to burn off the impurities and thus create steel. It is known that James Nasmyth had been working on a similar idea for some time prior to this. However, after hearing Bessemer talk about his invention, Nasmyth turned his project down as he was about to retire anyway. 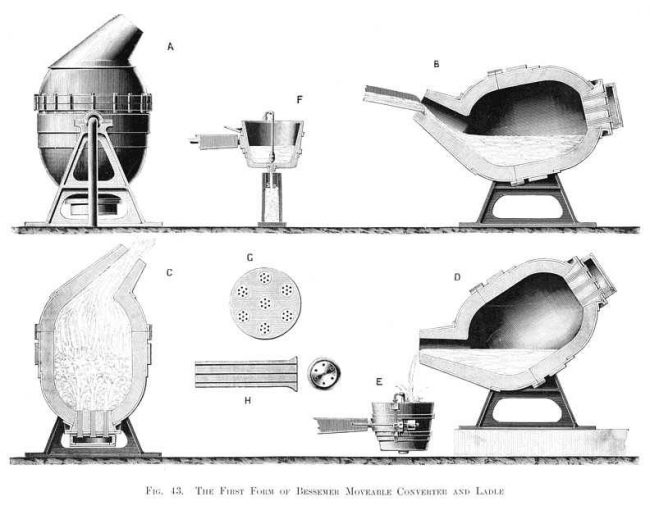 The general lack of steel was hard for all industries back then and they had to rely on cast iron as well as wrought iron. There were several accidents when cast iron beams collapsed suddenly, such as the Dee bridge disaster of May 1847, the Wooton bridge collapse and the Bull bridge accident of 1860. The failures continued until all cast iron under-bridges were replaced by steel structures. As the cost of production steel decreased, the material was starting to be widely substituted for cast iron.

The Secret of Carbon and Manganese

When Bessemer licensed the patent for his process to several ironmasters, the companies had great difficulties producing steel of an acceptable quality. The Swedish ironmaster Göran Fredrik then tried using purer charcoal pig iron and made good steel by the process after numerous attempts. Also, it had been shown that the quantity of carbon could be controlled by removing almost all of it from the iron and then adding an exact amount of carbon and manganese. The process highly improved the quality of the material and was first introduced by Robert Forester Mushet. The inventor and businessman erected steelworks in Sheffield in a business partnership with others and began to manufacture steel. When Mushet’s daughter, Mary, decided to travel to London in order to confront Bessemer at his offices, arguing that his success was based on the results of her father’s work. Bessemer decided to pay Mushet an annual pension of £300, a very considerable sum, which he is assumed to have paid for over 20 years, possibly with the purpose to keeping the Mushets from legal action.

Other inventions were cube-shaped embossing stamps, a gold ink, a sugar machine and a ship that was supposed to protect its passengers from seasickness. Long before float glass was patented, Bessemer had the idea of using liquid tin as a carrier for flat glass. After suffering from seasickness in 1868, he designed the SS Bessemer (also called the “Bessemer Saloon”), a passenger steamship with a cabin on gimbals designed to stay level, however rough the sea, to save her passengers from seasickness. The mechanism – hydraulics controlled by a steersman watching a spirit level – worked in model form and in a trial version built in his garden in Denmark Hill, London. However, it never received a proper seagoing test as, when the ship demolished part of the Calais pier on her maiden voyage, investor confidence was lost and the ship was scrapped. Bessemer wrote his autobiography shortly before the end of his life, which was published posthumously in 1905. At the age of 85 Sir Henry Bessemer died on 15 March 1898 in London.