You are here: Home › engineering › Joseph Marie Jacquard and the Programmable Loom 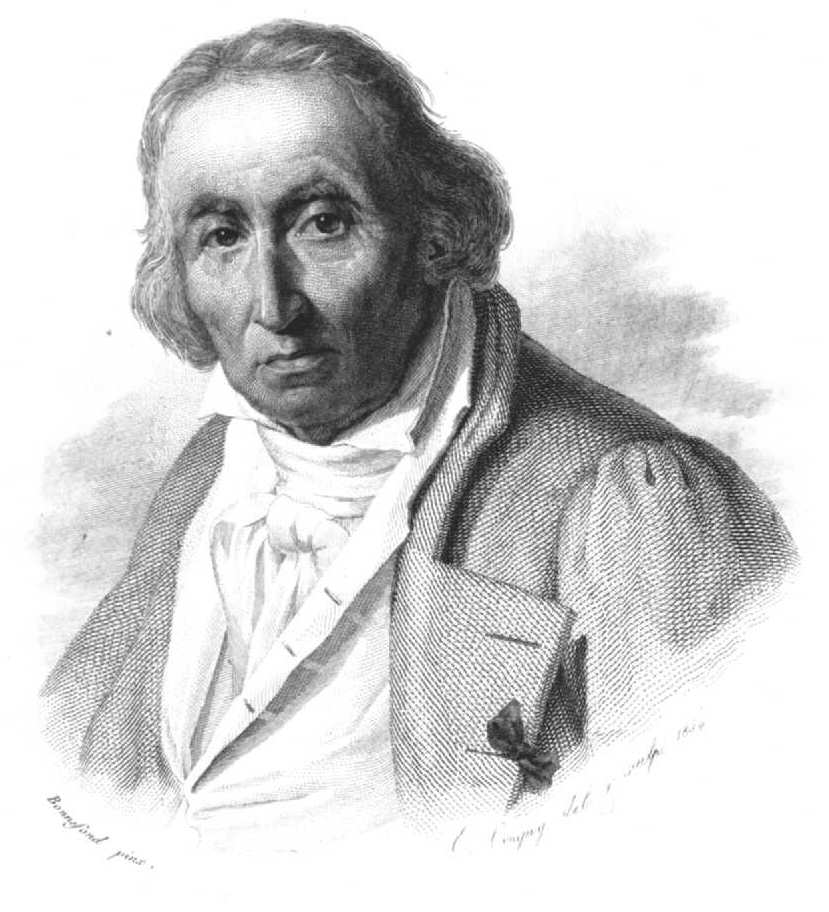 On July 7, 1752, French weaver and merchant Joseph Marie Jacquard was born. He is best known for his invention of the programmable loom, the “Jacquard loom“, which in turn played an important role in the development of the computer. Back in the 18th century, literally nobody – maybe with the exception people like Leibniz [4] or Pascal [5] – thought about a programmable computer. But, it was the time, the industrial revolution should get going with the rise of manufacturing and the steam engine, engineers kept thinking about how to mechanize the art of weaving.

The Basics of Weaving

To discuss today’s topic, some basic knowledge of weaving is necessary. A loom is a device used to weave cloth and it was known – in simple versions – already back into prehistoric times. For weaving cloths, the basic purpose of any loom is to hold the warp threads under tension to facilitate the interweaving of the weft threads. Weaving is done by intersecting the longitudinal threads, the warp, i.e. “that which is thrown across”, with the transverse threads, the weft, i.e. “that which is woven”.

The programmable mechanical loom invented by Joseph Marie Jacquard was first demonstrated in 1801 at the industrial exhibition in Paris. It was able to simplify the process of manufacturing textiles with complex patterns such as brocade, damask and matelasse. The special feature of Jacquard’s loom was that it was controlled by a “chain of punched cards”, a number of punched cards made from paper or sheet metal, laced together into a continuous sequence. Multiple rows of holes were punched on each card and each row of punched holes corresponded to one row of the design. Chains, like the much later paper tape, allowed sequences of any length to be constructed, not limited by the size of a card. 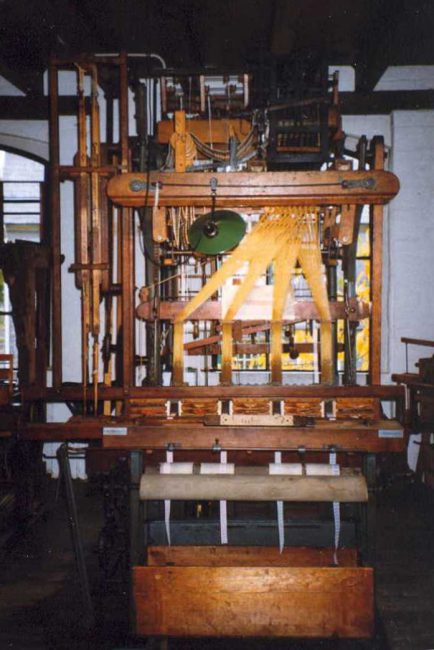 Joseph Marie Charles dit Jacquard was born in Lyon, France on 7 July 1752 as one of nine children of Jean Charles (nicknamed Jacquard), a master weaver of Lyon, and his wife. When his father died in 1772, Joseph inherited his father’s house, looms and workshop and became master weaver and silk merchant. The French Revolution broke out in 1789. In 1793 Jaquard and his son Jean-Marie took part in the unsuccessful defence of Lyon – Lyon and Jacquard’s workshop were destroyed. Then father and son fled together, taking false names and joining the Armée révolutionnaire française. In 1797 Jean-Marie was killed in battle and Joseph-Marie returned to Lyon in 1798. The revolution brought down the economy and Jacquard found several textile manufacturers who supported his attempts to develop looms financially. By 1800, after the turmoil of the French revolutionary wars, Joseph began to dabble in inventing: a treadle loom in 1800, a loom to weave fishing nets in 1803, and starting in 1804, the “Jacquard” loom, which would weave patterned silk automatically. However, none of his inventions operated well and thus were unsuccessful.

In 1803 Joseph was summoned to Paris and attached to the Conservatoire des Arts et Metiers. A loom by Jacques de Vaucanson,[7] a French inventor who designed and built automated mechanical toys, on display there suggested various improvements in his own, which he gradually perfected to its final state. Although his invention was fiercely opposed by the silk-weavers, who feared that Jacquard’s invention would deprive them of their livelihood, its advantages secured its general adoption, and by 1812 there were about 11,000 Jacquard looms in use in France. The loom was declared public property when its potential was recognized. On April 12, 1805, emperor Napoleon visited Lyon and viewed Jacquard’s new loom. Only three days later, the emperor granted the patent for Jacquard’s loom to the city of Lyon and in return, Jacquard received a lifelong pension of 3,000 francs including a royalty of 50 francs for each loom that was bought and used during the period from 1805 through 1811. The growth of the use of the Jacquard loom in the 1820s gave the textile industry a tremendous boost all over Europe. By 1833 there were about 100,000 power-looms being used in Britain that had been influenced by Jacquard’s invention.

The Jacquard loom was the first machine to use punched cards to control a sequence of operations. Although it did no computation based on the control cards, it is considered an important step in the history of computing hardware. The ability to change the pattern of the loom’s weave by simply changing cards was an important conceptual precursor to the development of computer programming. Specifically, Charles Babbage planned to use cards to store programs for his famous Analytical engine. In the late 19th century,[8] Herman Hollerith — the founder of a company that should later become IBM — took the idea of using punched cards to store information a step further when he created a punched card tabulating machine which was used in the 1890 U.S. Census.[8]

The mechanical programmable loom put forward the industrial revolution. You can learn more about this fast moving epoch in the lecture of Prof. John Merriman from Yale on ‘The Industrial Revolution‘.