You are here: Home › literature › Jean de La Fontaine and the Moral of the Story 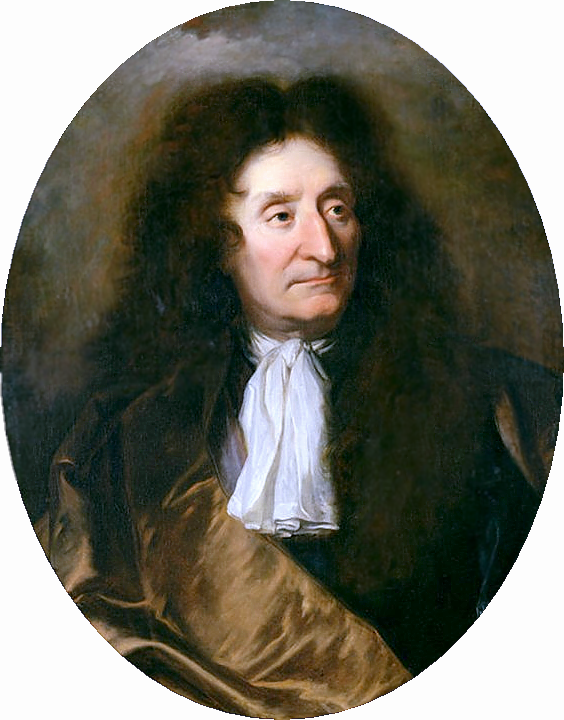 On July 8, 1621, Jean de La Fontaine, the most famous French fabulist and one of the most widely read French poets of the 17th century, was born. He is best known above all for his Fables, which provided a model for subsequent fabulists all across Europe.

The Fables of Jean de La Fontaine were issued in several volumes from 1668 to 1694 and are classics of French literature. Although you might think of fables as children’s stories, when la Fontaine first wrote his Fables, he had a sophisticated audience in mind. Nevertheless, the Fables were regarded as providing an excellent education in morals for children, and thus, the first edition was dedicated to the six-year old Dauphin, the heir apparent to the throne of France. La Fontaine’s Fables had great impact on European literature and are still widely popular today. Of course he was not the first to put a moral into a story and to tell the story like an allegory by putting the real addressee into the disguise of animals. This way of writing stories was already applied by the antique Greeks with famous authors such as Aesop. But, before talking about the Fables, let’s take a look at the author.

Jean de La Fontaine was born at Château-Thierry in France to Charles de La Fontaine, maître des eaux et forêts – a kind of deputy-ranger – of the duchy of Château-Thierry as the eldest child. The family was fairly wealthy, although they did not belong to the nobility. Jean was educated at the collège of Reims, and entered the seminary of Saint-Magloire in October 1641. But, apparently he redecided his vocation and studied law instead to become a lawyer. In 1647 his father resigned his rangership in his favor, and arranged a marriage for him with a 16-year-old girl of wealthy family. But the two did not get along well together. La Fontaine himself was constantly away from home and was so bad a man of business that his affairs became involved in hopeless difficulty, and a separation de biens had to take place in 1658.

It was not until he was past thirty that La Fontaine’s literary career began. After moving to Paris in 1654, Jean de La Fontaine’s first work appeared, “L’Eunuque“, a translation or adaptation of the play by the Roman author Terence from the 2nd century AD. His first original work, the small epic “Adonis“, was written in 1658 and dedicated it to the French Minister of Finance Nicolas Fouquet, who at this time was the Maecenas of French writing. Unfortunately for La Fontaine, Fouquet fell into disgrace with King Louis XIV in 1662 and was imprisoned. La Fontaine fled to Limoges, and there he completed his verse stories that were published in 1665 and 1666 as “Comtes et nouvelles en vers“. From 1664 to 1672, the writer found himself in Paris, and was housed by his new patron Marguerite de Lorrain, the duchess dowager of Orléans, in the Palais du Luxembourg. In these years around 1665, which were supported by the economic upswing under Minister Colbert and by the openness of the young Louis XIV, La Fontaine mainly wrote fables. These fables had not yet been darkened by the initially successful series of expansion wars against Spain, Holland and the Holy Roman Empire of the German Nation, which began in 1667.

Divided into 12 books, there are overall 239 of the Fables. While the first six books, collected in 1668, were in the main adapted from the classical fabulists Aesop, Babrius and Phaedrus, where La Fontaine adhered to the path of his predecessors, for the later collections he allowed himself far more liberty. The subject of each of the Fables is often common property of many ages and races. What gives La Fontaine’s Fables their rare distinction is the freshness in narration, the deftness of touch, the unconstrained suppleness of metrical structure, the unfailing humor of the pointed the consummate art of their apparent artlessness. Keen insight into the human nature is found throughout. Almost from the start, the Fables entered French literary consciousness to a greater degree than any other classic of its literature. For generations many of these little apologues have been read, committed to memory, recited, paraphrased, by every French school child. Countless phrases from them are current idioms, and familiarity with them is assumed.

Man is so made that when anything fires his soul, impossibilities vanish. (Jean de La Fontaine, Fables)

An Eager and Discriminating Reader

Jean de La Fontaine was an eager and discriminating reader whose works reflect imitations of both the matter and the manner of his favourite authors. He was influenced by many writers of the 16th- and 17th century such as François Rabelais, Boccaccio,[4] or Niccolò Machiavelli,[5] but also by authors of classical antiquity like Homer, Plato, Terence, Virgil, Horace, and Ovid. In 1683, the young Comédie-Française staged his play Le Rendez-vous, which, however, was only performed four times and has not been preserved. Also in 1683, La Fontaine was elected to the Académie française, but Louis XIV, who was meanwhile under the influence of Madame de Maintenon, who had become pious, confirmed the election only after some hesitation. In 1691 he tried again as a librettist for the Tragédie lyrique Astrée set to music by Pascal Collasse, but it became a failure. In 1692 he published a reviewed complete edition of the fables. At the end of 1692 La Fontaine fell seriously ill and became pious afterwards. In 1693 Mme de La Sablière died, who had already become devout before him. Then he moved into the house of one of his last patrons, the banker d’Hervart. Jean de La Fontaine died in Paris in the year 1695, at age 73.

At yovisto academic video search you can learn more about world literature like La Fontaine’s Fables and how to read and interpret it in the lecture of Dr. David Damrosch from Simon Fraser University.