You are here: Home › astronomy › Iosif Shklovsky and the Search for Intelligent Life in the Universe 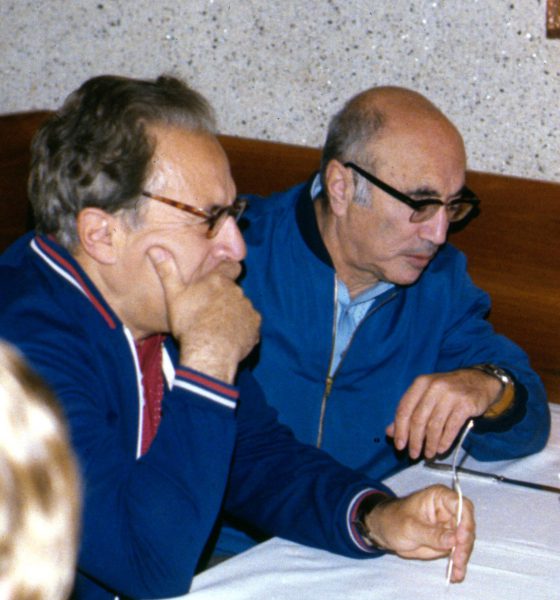 On July 1, 1916, Soviet astronomer and astrophysicist Iosif Shklovsky was born. Shklovsky identified the continuum radiation of the Crab Nebula as synchrotron radiation, and he linked x-ray stars to binary systems containing a neutron star. He is also remembered for his 1962 book on extraterrestrial life, the revised and expanded version of which was co-authored by American astronomer Carl Sagan in 1966 as ‘Intelligent Life in the Universe‘.

Iosif Shklovsky – The Life of an Astronomer

Iosif Shklovsky studied at the Physico-Mathematical Faculty of the Moscow State University. In 1938, and after five years of study he took a Postgraduate Course at the Astrophysics Department of the Sternberg State Astronomical Institute and remained working in the Institute until the end of his life. During his years as a researcher, Shklovsky focused on theoretical astrophysics and radio astronomy. He studied the Sun’s corona, supernovae, and cosmic rays and their origins. In 1946, Shklovsky showed that the radio-wave radiation from the Sun emanates from the ionized layers of its corona, and he developed a mathematical method for discriminating between thermal and nonthermal radio waves in the Milky Way. He further suggested that the radiation from the Crab Nebula is due to synchrotron radiation,[4] in which unusually energetic electrons twist through magnetic fields at speeds close to that of light. Iosif Shklovsky proposed that cosmic rays from supernova explosions within 300 light years of the sun could have been responsible for some of the mass extinctions of life on earth.

He further examined the orbital motion of Mars’s inner satellite Phobos, concluding that its orbit was decaying, and noted that if this decay was attributed to friction with the Martian atmosphere, then the satellite must have an exceptionally low density. Shklovsky further suggested that Phobos might be hollow, and possibly of artificial origin. However, this has been refuted by more detailed study, but the apparent suggestion of extraterrestrial involvement caught the public imagination, though there is some disagreement as to how seriously Shklovsky intended the idea to be taken. Still, Shklovsky and Carl Sagan argued for serious consideration of paleocontact with extraterrestrials in the early historical era, and for examination of myths and religious lore for evidence of such contact.[3]

Iosif Shklovsky published his book ‘Universe, Life, Intelligence‘ in 1962 and it was expanded through the years with Carl Sagan as co-author under the title ‘Intelligent Life in the Universe‘. The work became the first comprehensive discussion of this field. Discussing the biological as well as astronomical issues of the subject, its unique format, alternating paragraphs written by Shklovsky and Sagan, demonstrated the deep mutual regard between the two and allowed them to express their views. In 1967, before the discovery of pulsars, Shklovsky examined the X-ray and optical observations of Scorpius X-1 and correctly concluded that the radiation comes from an accreting neutron star.

Shklowski is considered a pioneer in SETI research [5,6] and in the 1960s he co-organized the first conferences at the Byurakan Observatory on possible extraterrestrial civilisations. 1964 he became a member of the Royal Astronomical Society, 1966 a corresponding member of the Academy of Sciences of the USSR and a member of the American Academy of Arts and Sciences. In 1968 Schklowski founded a new department at the Institute of Cosmos Research of the USSR Academy of Sciences. In 1973 he became a member of the National Academy of Sciences and the Royal Astronomical Society of Canada. He was known for his sharp wit and extreme likability. Colleagues in the astronomy department at the University of California, Berkeley, remember fondly his visit there in the 1970s. Well known for his Intelligent Life in the Universe, he was asked by a graduate student if UFO sightings are as common in the Soviet Union as in the United States. “No,” he replied. “In this area the Americans are far more advanced than us.”

Iosif Shklovsky died in Moscow, on March 3, 1985, at age 68. His memoir, Five Billion Vodka Bottles to the Moon: Tales of a Soviet Scientist, was published posthumously in 1991 by W.W. Norton & Co.