You are here: Home › engineering › William Grey Walter and his Machina speculatrix 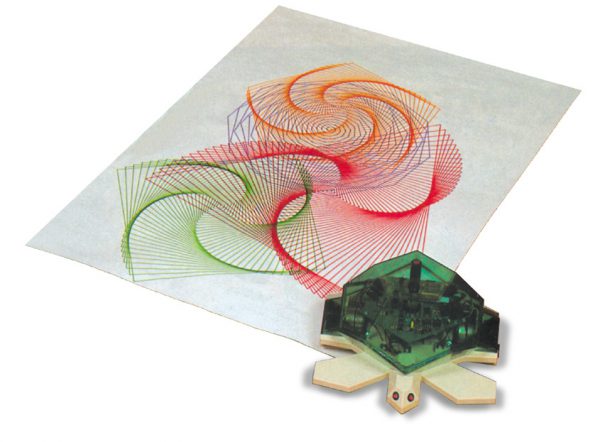 On February 19, 1910, British neurophysiologist and robotician William Grey Walter was born. Walter is best known for linking learning with a particular brain wave as revealed by measurements by electroencephalograph. But his most famous work was his construction of some of the first electronic autonomous robots.

“The mechanism of learning is of course one of the most enthralling and baffling mysteries in the field of biology.”
– William Grey Walter, A machine that learns (1951)

Even though William Walter was born in Kansas City, he moved to England at the age of five and attended first Westminster School and later King’s College, in Cambridge. After unsuccessfully applying for a research fellowship, Walter continued his career with neurophysiological research first in London hospitals and later at the Burden Neurological Institute in Bristol. During his career, William Walter later also worked in the United States as well as the Soviet Union.

It is believed that William Walter was influenced by the Russian physiologist Ivan Pavlov,[3] who is best known for his research in the field of classical conditioning. Walter also visited the lab of the German psychiatrist Hans Berger, best known as the inventor of the electroencephalograph in order to be able to measure electrical activity in the brain. Berger is also famous for discovering the alpha wave rhythm known as “Berger’s wave“.

William Walter managed to improve Hans Berger‘s [4] famous device and was also able to detect several brain waves including high speed alpha waves and slow delta waves. On the base of the EEG, Walter also developed the brain topography machine. At the Burden Neurological Institute in Bristol, Walter determined the surface location of the strongest alpha waves within the occipital lobe by triangulation, the process of determining the location of a point by forming triangles to it from known points. Through the use of delta waves, Walter located brain tumors or lesions responsible for epilepsy.

Around the 1960s, William Walter also discovered the contingent negative variation (CNV) effect whereby a negative spike of electrical activity appears in the brain half a second prior to a person being consciously aware of movements that he is about to make. The effect brings into question the very notion of consciousness or free will, and should be considered as part of a person’s overall reaction time to events. Walter’s experiments with stroboscopic light, described in The Living Brain, inspired the development of a Dream Machine by the artist Brion Gysin and technician Ian Sommerville.

Next to his work on brain waves, William Grey Walter became mostly famous for his electronic autonomous robots. Walter intended to prove that rich connections between a small number of brain cells could give rise to very complex behaviors. Walter’s first robots were constructed during the later 1940s and were named Elmer and Elsie, and overall Walter named the device Machina speculatrix. Due to their shape and their slow movements, the robots were often described as tortoises. Elmer and Elsie were three-wheeled and were capable of phototaxis. They even found their recharging station when they ran low on battery power.

The Self-Awareness of the Tortoise

With the help of these “tortoises”, Walter conducted many experiments. For instance, he placed a light on their nose and observed the robot as they watched themselves in a mirror. According to William Walter, the robot started “flickering” and he continued to argue that if this kind of behavior was observed in an animal, it “might be accepted as evidence of some degree of self-awareness.”

During his research, William Grey Walter modified one of his robots (named CORA) and added a single celled brain and two conditional reflex circuits in which they could be taught simple behaviors. The behaviors included that being hit meant food whilst whistling means food, and when conditioned such a whistle by itself means being hit. He then added another circuit tuned to a whistle of another pitch, this could become whistle means being hit, whistle means food, this would make the animal become “afraid” whenever food was presented. The conditioned reflex behavior was later placed into a static desktop model, also known as CORA.

Machina speculatrix were exhibited at the Festival of Britain in 1951. While William Walter emphasized the importance of using analogue electronics to simulate brain processes, his contemporaried Alan Turing [5] and John von Neumann [6] researched the possibilities of mental processes in terms of digital computation. However, William Walter’s pioneering work on robotics inspired later research generations including Rodney Brooks, Hans Moravec and Mark Tilden. And also modern versions of Walter’s turtles may be found in the form of BEAM robotics,  a robotics style that primarily uses simple analogue circuits, such as comparators, instead of a microprocessor in order to produce an unusually simple design.

He undertook research in the USA, the Soviet Union and various other places in Europe. He was fluent in French, Italian and German and was a sought-after lecturer and often appeared on radio and television. He was married twice and had two sons from his first wife and one son from his second wife. During his life he was considered a pioneer in the field of cybernetics. In 1970, he was involved in a serious traffic accident when he collided with a horse that had broken away on his scooter – he had been driving a Vespa since 1947. He died seven years later on 6 May 1977 without having fully recovered.