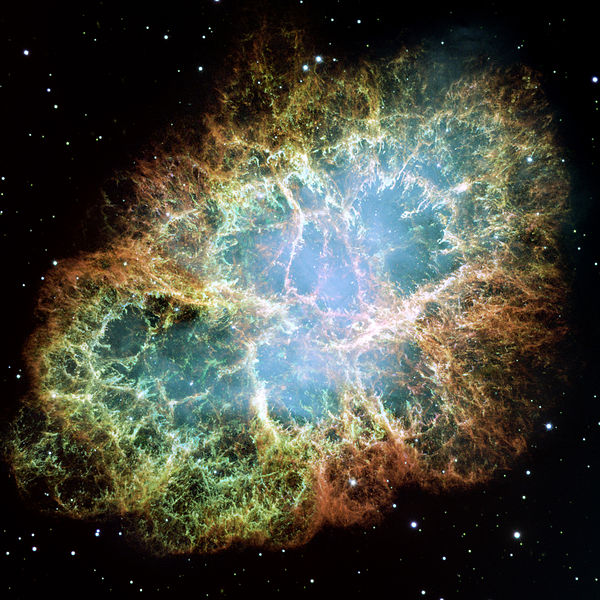 On July 4, 1054, Chinese astronomers observed a new star in the constellation of Taurus, which later turned out to be a supernova. However, even before the Chinese, on 11 April 1054, a monk in Flanders noticed a “bright disc in the afternoon“. This was the first traditional observation of a supernova explosion.

“First year of the Zhihe era, fifth lunar month, ji-chou day. A guest star has appeared to the south-east of Tianguan, perhaps several inches away [of this star].”
–  Xu Zizhi Tongjian Changbian (“Long compilation of the continuation of the Zizhi Tongjian”)

China was able to contribute to the developments in the science of astronomy critically. In their philosophy, the harmony between earth, the sky and humankind were essential, and therefore any disturbance to that balance had to be predicted. This believe caused the astronomers of the historical China a great status, they were able to predict comets like no other culture. Also, the precise predictions were caused by the critical consequences the responsible astronomer had to face in case of a false prognosis.

In 1054, the Chinese astronomers of the Song dynasty documented seeing a bright star on the celestial sphere, it was visible in daylight for more than three weeks, they classified it to be a ‘guest star’ and it took about nine centuries to prove them wrong. In 1731, John Bevis (and later Charles Messier) discovered at the same location, where the Chinese astronomers first saw the ‘new star’ a nebula. Through the years many documents of the observation concerning this bright happening in the sky were collected and finally, in the early 20th century, when it became possible to photograph the nebula, researchers found out that it originated from a supernova. A supernova is defined as a sudden stellar explosion, which is, depending on the masses of the star, tremendously bright.

The guest star reported by Chinese astronomers in 1054 is identified as SN 1054. The highlighted passages refer to the supernova.

One of the Brightest Supernova in History

In the 18th century, Charles Messier [3] was going to observe a comet and confused it with the Crab nebula that resulted from the supernova of 1054. In 1758 he created the Messier Catalogue of astronomical objects with the Crab nebula as its first entry, M1. It was made for the purpose of distinguishing non-cometary nebulae from comets. The nomination as Crab Nebula is often attributed to Lord Rosse,[4] who observed the nebula in detail with his large reflecting telescope and published a drawing in 1844. However, the similarity of the filaments with the extremities of a cancer, which is particularly pronounced in this drawing, was already indicated elsewhere earlier.

In 1921, Carl Otto Lampland discovered from photographs taken at different distances in the past that the crab nebula changes over time. In the same year this was confirmed by John Charles Duncan, who also realized that the change was an expansion and Knut Lundmark pointed out that the Chinese Nova from 1054 must also be near the crab mist. Seven years later Edwin Hubble concluded by recalculating the expansion to this Nova about 900 years ago.[5]

At the center of the Crab nebula lies the Crab Pulsar, a neutron star (or spinning ball of neutrons), 28–30 km across, which emits pulses of radiation from gamma rays to radio waves with a spin rate of 30.2 times per second.