You are here: Home › physics › Pieter van Musschenbroek and the Leyden Jar 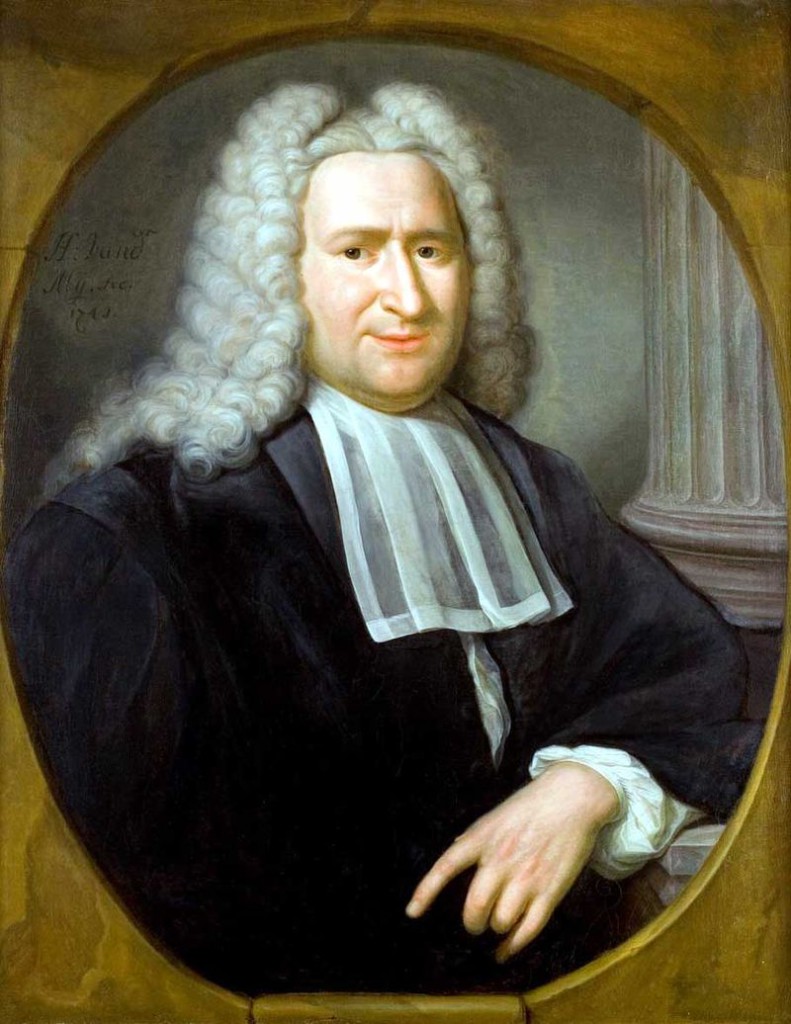 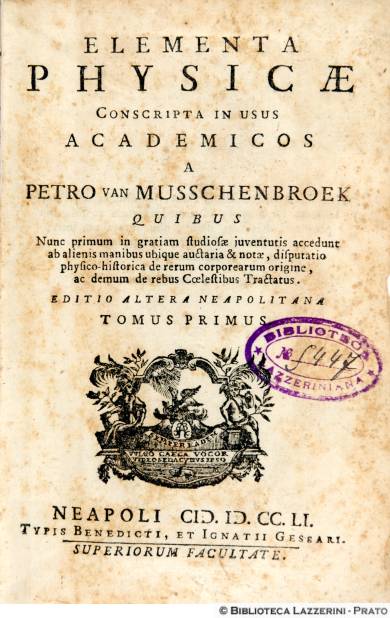 In the same year, he became professor of mathematics and philosophy at the University of Duisburg. In 1721, he also became professor of medicine. In 1723, he left his posts in Duisburg and became professor at the University of Utrecht. He provided the first approach to scientific study of electrical charge and its properties. In 1729, Musschenbroek used the word “physics” which had never been used before. In 1732 he also became professor in astrology. Musschenbroek’s Elementa Physica (1726) played an important part in the transmission of Isaac Newton’s ideas in physics to Europe. In November 1734 he was elected a Fellow of the Royal Society and member of the French Academy of Sciences in the same year. Musschenbroek belonged to the tradition of Dutch thinkers who popularized the ontological argument of God’s design.

The Discovery of the Capacitor

Already during his studies at Leiden University Van Musschenbroek became interested in electrostatics. In their attempts of November 1745 to produce sparks and flashes by friction that Gilbert, von Guericke,[4] Hauksbee, and Dufay had previously done experimentally, professors Musschenbroek and Swiss-Dutch natural philosopher Jean Allamand of the University of Leyden and Musschenbroek’s student Andreas Cunaeus experimented with a glass jar connected to an friction electrical machine. Musschenbroek had suspected that a nonconductor vessel (glass) would be helpful to them so on this occasion in January 1746 he partly filled a bottle with water. He knew that water was a conductor of electricity. Musschenbroek, while holding the jar with his right hand and a piece of wire with his left hand had one of his assistants connect it to the friction electrical machine, and then turn its glass globe, but nothing occurred until Cuneus placed one end of the wire into the water while Musschenbroek, grounded, was still holding the wire. A violent shock was felt which Musschenbroek described. The jar device had accumulated the electricity produced by the static machine and then all at once it discharged to Musschenbroek.[2] After having experienced the shock himself he writes, in a letter to his French colleague René Réaumur, that the whole kingdom of France could not compel him to repeat the experience.[3,5] 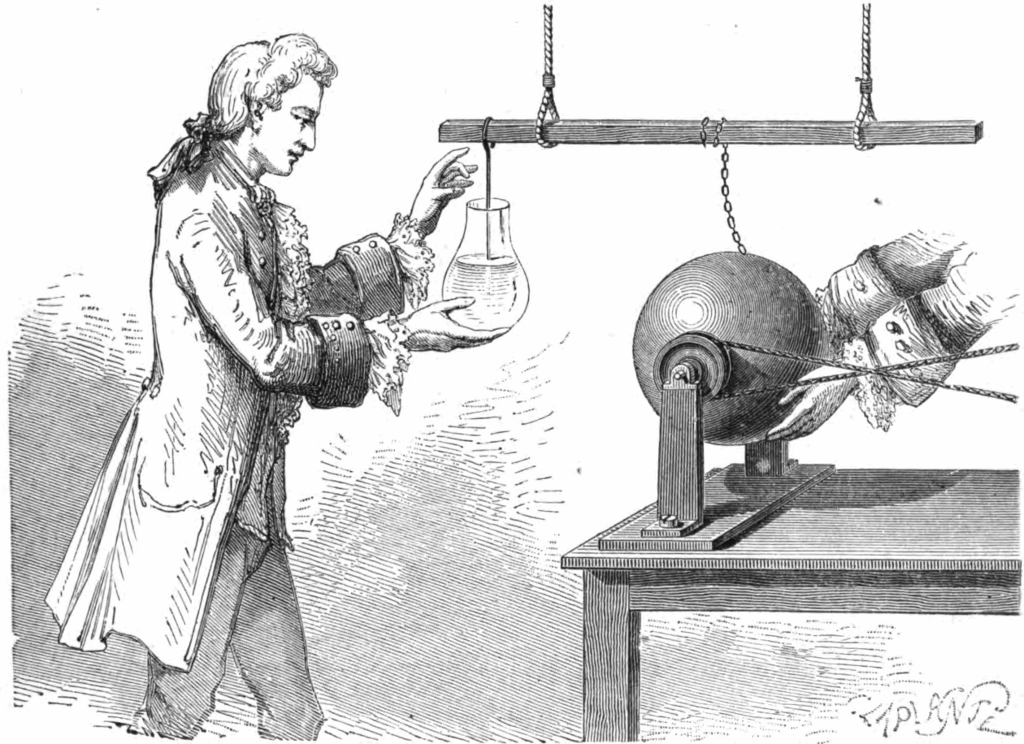 The apparatus was a glass jar filled with water into which a brass rod had been placed; and the stored energy could be released only by completing an external circuit between the brass rod and another conductor, originally a hand, placed in contact with the outside of the jar. Van Musschenbroek had communicated this discovery to Réaumur in January 1746, and it was Abbé Jean Antoine Nollet, the translator of Musschenbroek’s letter from Latin and a great popularizer of electrical phenomena esp. Musschenbroek’s outlet in France for the sale of his company’s ‘cabinet’ devices, who named the invention the ‘Leyden jar‘. Nollet lost no time in contriving even more spectacular demonstrations. They culminated in one involving 700 monks joined in a circle to a Leiden jar.[3]

News of the Leiden experiments reached London equally quickly, where in the same year 1746 they caught the attention of the versatile William Watson, physicist, physician, and botanist. He, too, set about repeating the basic experiments of Van Musschenbroek, improving the Leiden jar by coating its inside and outside with metal foil. In so doing, he observed a pattern of electrical discharge – namely, that a participant tended to feel the shock ‘in both his arms and across his breast‘. This suggested that a single ‘electrical aether’ or fluid is transferred, but never created or destroyed, from one body to another only when one has a surplus and the other a deficit of electrical aether.[3]

Soon afterwards, it transpired that a German scientist, Ewald von Kleist,[6] had independently constructed a similar device in late 1745, shortly before Musschenbroek. Daniel Gralath was the first to connect several jars in parallel to increase the total possible stored charge. The term “battery” was coined by Benjamin Franklin for these combinations, who likened it to a battery of cannon (cannons grouped in a common place).[7]