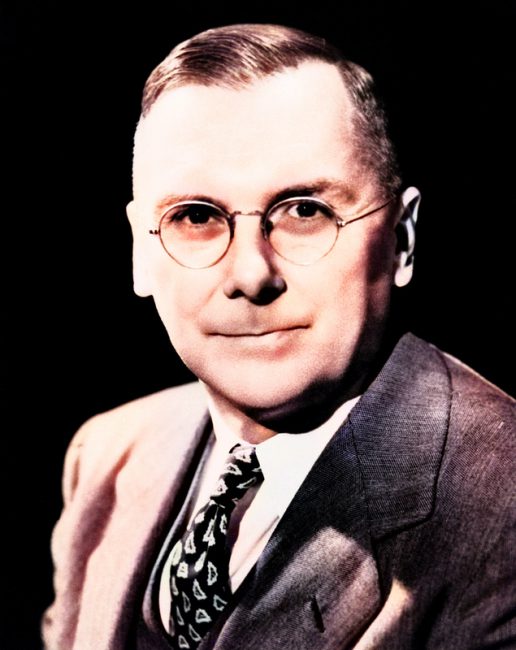 On July 2, 1898, physicist and deputy administrator of the National Aeronautics and Space Administration Hugh Latimer Dryden was born. Dryden made pioneering studies in the aerodynamics of high speed and some of the earliest studies of air flow around wing surfaces at the speed of sound.

“I believe as a matter of faith that the extension of space travel to the limits of the solar system will probably be accomplished in several decades, perhaps before the end of the century. Pluto is 4000 million miles from the sun. The required minimum launching velocity is about 10 miles per second and the transit time is 46 years. Thus we would have to make the velocity considerably higher to make the trip interesting to man. Travel to the stars is dependent on radically new discoveries in science and technology. The nearest star is 25 million million miles way and requires a travel time of more than four years at the speed of light. Prof. Dr. Ing. E. Sanger has speculated that velocities comparable with the speed of light might be attained in the next century, but such extrapolation of current technology is probably not very reliable.”
— Hugh L. Dryden, in Popular Mechanics (Sep 1961), 262

Hugh Latimer Dryden was born in Pocomoke City, Maryland, the son of Samuel Isaac Dryden, a school teacher, and his wife Zenovia Hill Culver Dryden. During the financial panic of 1907, his father lost his job and the family moved to Baltimore, Maryland, where Dryden’s father worked as a streetcar conductor for the rest of his life. In 1910 young Dryden saw an airplane for the first time, and, in his recollection, this prompted him to focus his life on aeronautics.[1] As a student, Dryden excelled in mathematics. He graduated from Baltimore City College at the age of 14 and was the youngest student ever to graduate from that school. He was awarded the Peabody Prize for excellence in mathematics. With a scholarship, he was admitted to John Hopkins University and graduated with honors after only three years. He earned a M.S. in physics in 1916 with a thesis on “Airplanes: An Introduction to the Physical Principles Embodied in their Use.“

In 1918, Dryden joined the National Bureau of Standards (NBS), becoming an inspector of gauges. With the help and influence of Joseph S. Ames, he obtained a transfer to the bureau’s Wind Tunnel division, and began taking graduate courses in fluid dynamics to complete his Ph.D. In 1919 at the age of 20, he was awarded his degree in physics and mathematics from Johns Hopkins University, the youngest person ever to have received a doctorate from that institution. Research for his dissertation, “Air Forces on Circular Cylinders,” was conducted after hours at the NBS wind tunnel. This work described a series of experiments he had conducted on the drag and distribution of air flowing around cylinders perpendicular to the wind.[2]

From 1920 to 1947 Dryden worked at the National Bureau of Standards, first as chief of the Aerodynamics Section (until 1934), then as chief of the Mechanics and Sound Division (until 1946), and finally as associate director of the bureau.[1] Collaborating with Lyman J. Briggs, he performed studies of airfoils near the speed of sound. The reason for this work was to understand the effect of high propeller tip velocities, which appeared when aircraft increased power and speed.[1] He also performed pioneering aerodynamics research on the problems of airflow, turbulence, and especially the boundary layer phenomenon. His work contributed to the design of the wings for the P-51 Mustang, as well as other aircraft designed during World War II. In 1939 Dryden became a member of the National Advisory Committee for Aeronautics (NACA), NASA’s predecessor, which also afforded Dryden one of the first observations of the “transonic drag rise,” a phenomenon encountered when an object approaches the speed of sound.[1] With the start of World War II, Dryden served in an advisory capacity to the Air Force. He led the development of the “Bat”, a radar-homing guided bomb program that was successfully employed in combat in April, 1945 to sink a Japanese destroyer. 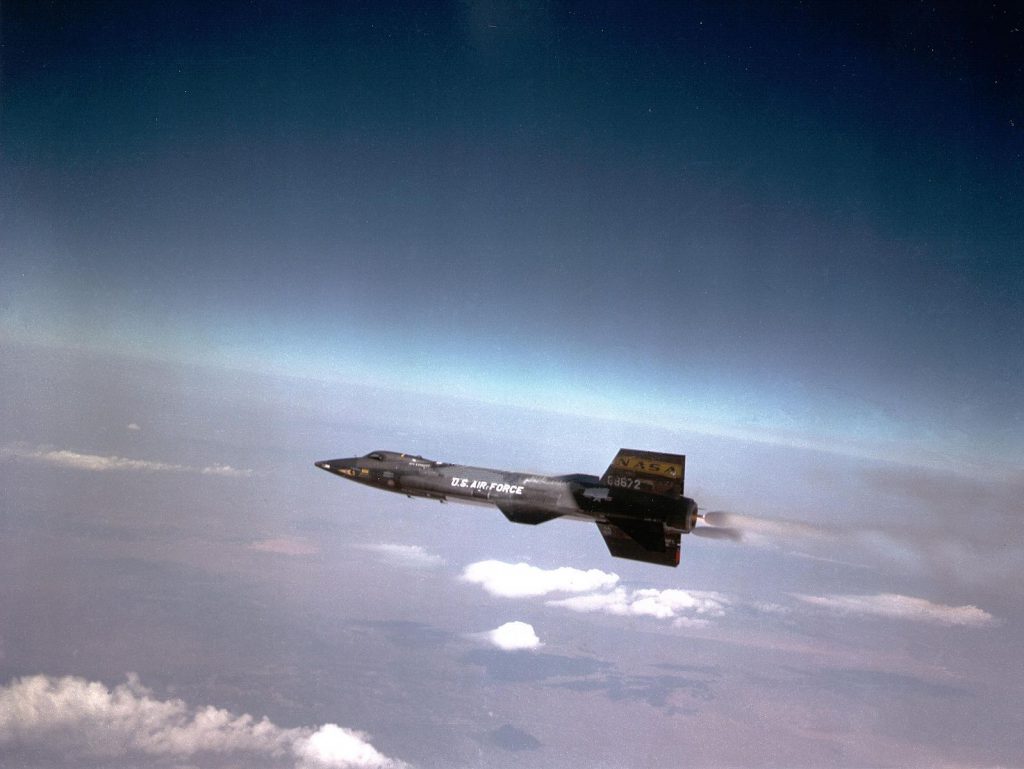 After the war, Dryden became the Director of Aeronautical Research for the National Advisory Committee for Aeronautics (NACA) in 1949. During his tenure NACA became the leading authority on supersonic flight. Highspeed wind tunnel research, flight testing of the X series aircraft, and study of the critical reentry heating problems experienced by high-and-fast-flying missiles and manned vehicles were conducted under Dryden’s direction. While at the NACA he supervised the development of the North American X-15, a rocket plane used for research and testing. He also established programs for V/STOL aircraft, and studied the problem of atmospheric reentry.[3]

He held the position of Director of NACA until October 1958. From 1941 until 1956 he was editor of the Journal of the Institute of the Aeronautical Sciences. When President Eisenhower established the National Aeronautics and Space Administration (NASA) in 1958, Dryden — along with NACA’s other 8,000 employees — was transferred to this new civilian agency. As deputy administrator he participated in the planning of the successful U.S. manned space program and emphasized the importance of international cooperation to space research.[2]

Hugh Latimer Dryden served as the NASA Deputy Administrator until his death on December 2, 1965.

Hugh Dryden: The Man and His Legacy, [8]