You are here: Home › music › Hector Berlioz and the Symphonie Fantastique 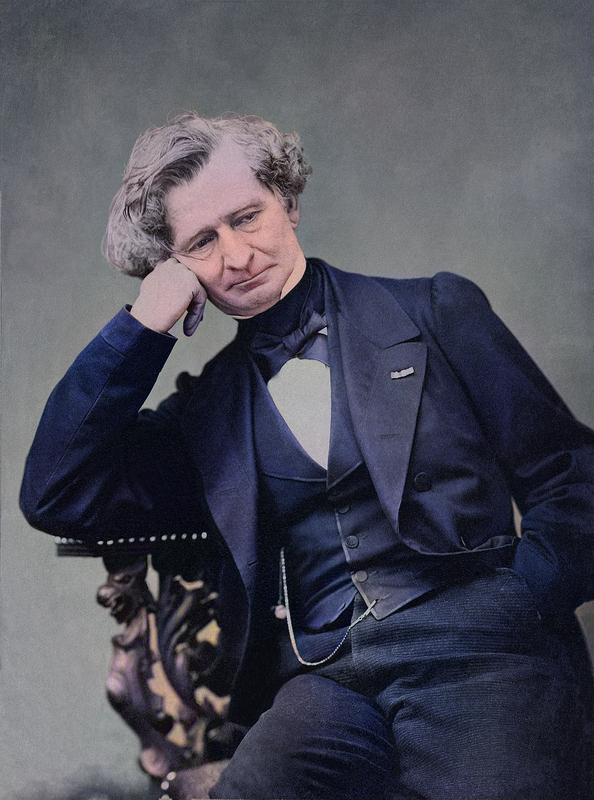 On December 11, 1803, French romantic composer Hector Berlioz was born. He is best known for his compositions Symphonie fantastique and Grande messe des morts (Requiem). Berlioz made significant contributions to the modern orchestra with his Treatise on Instrumentation. He specified huge orchestral forces for some of his works, and conducted several concerts with more than 1,000 musicians.

“Time is a great teacher, but unfortunately it kills all its pupils.”
— Hector Berlioz, Letter written in November 1856

Hector Berlioz was born among five siblings in France at La Côte-Saint-André in the département of Isère, near Grenoble, to Louis Berlioz, a respected provincial physician and scholar who is widely credited for first experimenting with and recording the use of acupuncture in Europe. It was him who was responsible for much of the young Berlioz‘s education, who learned to play the flute and guitar, and finally became a self-taught composer writing small compositions and arrangements. But, Berlioz was not a child prodigy, unlike some other famous composers of the time. As a result of his father’s discouragement, he never learned to play the piano, a peculiarity he later described as both beneficial and detrimental.

From Medicine to Music

Heeding his physician father‘s wishes, Berlioz went to Paris in 1821 to study medicine. However, much of his time was spent at the Paris-Opéra, where he absorbed Christoph Willibald Gluck‘s operas, a composer whom he came to admire above all, alongside Ludwig van Beethoven. He also began to visit the Paris Conservatoire library, seeking out scores of Gluck‘s operas and making personal copies of parts of them. [1] Despite his parents‘ disapproval, in 1824 he formally abandoned his medical studies to pursue a career in music.

In 1826, his musical vocation had become so clear in his mind that he contrived to be accepted as a pupil of Jean-François Lesueur, professor of composition at the Paris Conservatoire. This led to disagreements between Berlioz and his parents that embittered nearly eight years of his life. In 1828 Berlioz heard Beethoven’s third and fifth symphonies performed at the Paris Conservatoire – an experience that he found overwhelming. [6] He also read Johann Wolfgang von Goethe’s Faust for the first time (in French translation),[7] which would become the inspiration for Huit scènes de Faust (1829), much later re-developed as La damnation de Faust. Berlioz had the score published at his own expense, and sent it to Goethe. Goethe’s musical adviser condemned it vociferously, and Goethe never replied to Berlioz.[3]

Berlioz took the obligatory courses at the Conservatoire, and in 1830 won the Prix de Rome, having received second prize in an earlier competition. These successes pacified his family but were, in a sense, incidental to his career, for in the same year he had finished and obtained a performance of his first great score, which is also a seminal work in 19th-century music, the Symphonie fantastique.[2] The symphony is a piece of program music that tells the story of an artist gifted with a lively imagination who has poisoned himself with opium in the depths of despair because of hopeless love. Clearly, the symphony contains autobiographical subjects. After attending a performance of Shakespeare’s Hamlet on 11 September 1827 Berlioz fell in love with the Irish actress Harriet Smithson who had played the role of Ophelia. He sent her numerous love letters, all of which went unanswered. When she left Paris they had still not met. He then wrote the symphony as a way to express his unrequited love. 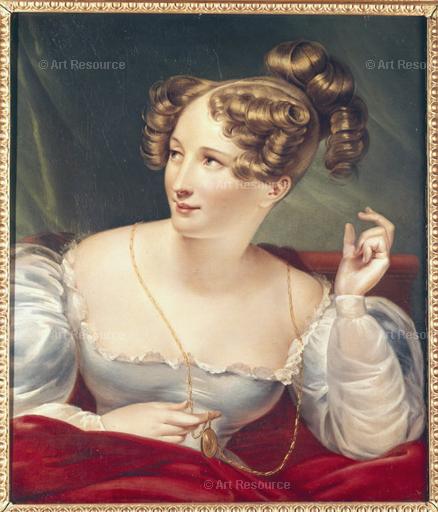 Meanwhile Berlioz had turned his affections to the pianist Marie Mok and proposed marriage to her. He left for Rome early in 1831 for a 2-year stay at the Villa Medici, promising to return at the end of that time to marry Marie. A little later he learned that she had married someone else and decided to rush to Paris to kill her and then himself. He changed his mind after getting as far as Nice and turned back to Rome.[3] Between 1830 and 1847, Berlioz wrote many of his most popular and enduring works. The foremost of these are the Symphonie fantastique (1830), Harold en Italie (1834), the Grande messe des morts (Requiem) (1837) and Roméo et Juliette (1839). On Berlioz’s return to Paris, a concert including Symphonie fantastique (which had been extensively revised in Italy) was performed, with Victor Hugo, Alexandre Dumas, Heinrich Heine, Niccolò Paganini, Franz Liszt, Frédéric Chopin, George Sand, Alfred de Vigny, Théophile Gautier, Jules Janin, Harriet Smithson and others in the audience.

Success and Philosophical Differences with Wagner

“You request me to tell you…if it is true that the creed of all who profess to love high and serious art is: “There is no God but Bach, and Mendelssohn is his prophet”?”
– Hector Berlioz, Memoirs (1870), “Premier Voyage en Allemagne”, Quatrième lettre, p. 285

A few days after the performance, Berlioz and Harriet Smithson were finally introduced and entered into a relationship. Despite Berlioz not understanding spoken English and Harriet not knowing any French, on 3 October 1833, they got married in a civil ceremony at the British Embassy with Liszt as one of the witnesses.[5] Unfortunately, the marriage was not a happy one. Harriett, no longer acting, became irritable and jealous and took to drinking. Berlioz advanced as a critic, writing for a variety of journals. Although fairly well-paid for his musical criticism, he was in constant financial difficulties. On 1838, however, at a concert of his works, Berlioz was honored and praised by the eminent violinist Niccolo Paganini,[8] who later sent him a gift of 20,000 francs. This helped establish Berlioz’s fame and redressed his economic situation in a definitive manner. Successful performances followed of his dramatic symphony Roméo et Juliette, at which Richard Wagner was present as an admirer, and of his Grande symphonie funèbre et triomphale for chorus and band.[3,4]

In 1842, Berlioz embarked on a concert tour of Brussels, Belgium, followed by Germany. Trips to Austria-Hungary in 1845-1846 and to Russia in 1847 were not only musically successful but economically fruitful. There followed a trip to London in 1852 and to Weimar, Germany, in 1855, where Franz Liszt organized a Berlioz week.[3,5] Berlioz was able to put Wagner in the way of some musical journalism and thus began a fitful connection between the two men whose influence on modern music still resembles a battle of ideals: Berlioz aiming at the creation of drama in and through music alone; Wagner at marriage of symphony with opera. Although Berlioz and Wagner met again in London in 1855 and found each other congenial, their philosophical differences generally kept them apart [4].

“Instrumentation is to music precisely what color is to painting.”
– Hector Berlioz, A travers chants (1862), ch. 1

In Berlioz’s final years he was incapacitated by illness and saddened by many deaths. His marriage to Smithson had not lasted, and his second wife had passed away in 1862. He had lost his only child, Louis, in 1867. At the age of 65, he died in Paris on March 8, 1869. The outstanding characteristics of Berlioz’s music — its dramatic expressiveness and variety — account for the feeling of attraction or repulsion that it produces in the listener. Although neglected in France for much of the 19th century, the music of Berlioz has often been cited as extremely influential in the development of the symphonic form, instrumentation, and the depiction in music of programmatic and literary ideas, features central to musical Romanticism. He was considered extremely progressive for his day, and he, Wagner, and Liszt have been called the “Great Trinity of Progress” of 19th-century Romanticism.

Jonathan Bate, The Origins of Romanticism, [10]