You are here: Home › mathematics › Pierre Bouguer – Child Prodigy and ‘Father of Photometry’ 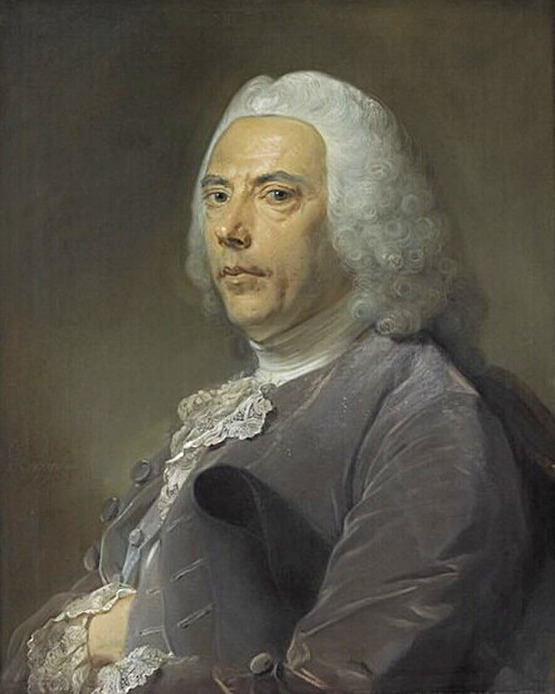 On February 16, 1698, French mathematician, geophysicist, geodesist, and astronomerPierre Bouguer was born. In 1735 Bouguer sailed with Charles Marie de La Condamine on a scientific mission to Peru, in order to measure a degree of the meridian arc near the equator. He is also known as “the father of naval architecture” and the “father of photometry“.

Pierre Bouguer was born in Le Croisic at the French Atlantic coast. He was educated in mathematics and hydrography by his father Jean Bouguer, who was a Royal Professor of Hydrography. It is believed that Bouguer was a real child prodigy who had a deep understanding of mathematics at the age of only 15. In the same year Jean passed away and a new professor of hydrography was sought. Pierre applied for the position and due to his brilliance and great knowledge, he was appointed.

The Prix of the Académie Royale des Sciences

Pierre Bouguer had a great career ahead, winning the Prix of the Académie Royale des Sciences for the first time in 1727 for his work on masts of ships. The second was awarded to Bouguer for his work on the altitudes or stars at the sea and he earned the third for his research on the magnetic declination at sea.

An Expedition to Peru

In geodesy and geophysics he is best known for the gravity anomalies named after him, for the first investigations of the plumb line deviation as well as the vertical gradient and the large degree measurement of long meridian arcs in South America. The latter took place from 1735 to 1741 in the then viceroyalty of New Granada (today’s Peru) at the instigation of the Paris Academy (Académie des sciences). With the expedition to Swedish Lapland in 1736 by Pierre-Louis Moreau de Maupertuis, Alexis-Claude Clairaut, Anders Celsius and others, its aim was to clarify the question of whether the Earth’s polar radius is larger than the equatorial radius, as shown by some older and contemporary measurements, including those by Giovanni Domenico Cassini, or vice versa, as would be expected according to Newton’s theory; these measurements were also to be significant for the later definition of the metre. Bouguer’s colleagues were Louis Godin (leader of the expedition) and Charles Marie de La Condamine. However, considerable tensions arose between the three scientists, which eventually led to the splitting of the expedition team. Grade measurements along a profile extending from a little north of Quito to a little south of Cuenca showed that the length of a longitude of the earth at the equator was 56753 toisen (110.612 km) and the equatorial radius of the earth was 3281013 toisen (6394.694 km). With the Arctic measurements of Maupertuis, the flattening of the earth was 1:179 (modern value 1:298.25), but was improved to 1:305 a few years later by Cassini’s measurements in France.

It is believed that Bouguer was one of the first to attempt to measure the Earth’s density with the help of the ‘deflection of a plumb line due to the attraction of a mountain’. Pierre Bouguer published his research results in La Figure de la terre.  La Condamine and Bouguer had a bitter dispute about the results of the expedition for a long time, which only ended with Bouguer’s death.

Through his investigations into the intensity of light Bouguer became the founder of photometry. He developed the theory that even though the eye could not detect the ‘amount’ of brightness very well, it could indeed detect if two objects had the same brightness. Therefore, he proceeded to compare the brightness of the moon to a candlelight. That method along with Kepler‘s inverse square law was then used to measure brightness. He wrote a description of these investigations in the Essai d’optique, sur la gradation de la lumière (Paris 1729) and even more extensively in the Traité d’optique sur la gradation de la lumière which was not published by Lacaille until after his death in 1760.Through this work, Bouguer’s law became famous, expressing ‘the relationship between the absorption of radiant energy and the absorbing medium’. Bouguer also invented the heliometer in 1748.

In 1746 he published the first treatise of naval architecture, Traité du navire, which among other achievements first explained the use of the metacenter as a measure of ships’ stability. His later writings were nearly all upon the theory of navigation and naval architecture. In January 1750 he was elected a Fellow of the Royal Society. In the field of geodesy he wrote the work Traité de navigation (Paris, 1753), which was substantially supplemented by Lacaille in the second (1769) and by Lalande in the third edition (1792). He made his first observations at all in the vicinity of the Chimborazo river by the deviation of the lead solder in the earth’s gravity field due to the attraction of the mountains and the height of the snow line. Pierre Bouguer died on 15 August 1758 in Paris at age 60.

His name is also recalled as the meteorological term Bouguer’s halo (also known as Ulloa’s halo, after Antonio de Ulloa, a Spanish member of his South American expedition) which an observer may see infrequently in fog when sun breaks through (for example, on a mountain) and looks down-sun—effectively a “Fog bow” (as opposed to a “rain-bow”). An infrequently observed meteorological phenomenon; a faint white, circular arc or complete ring of light that has a radius of 39 degrees and is centred on the antisolar point. When observed, it is usually in the form of a separate outer ring around an anticorona. The term Bouguer anomaly, referring to small regional variations in the Earth’s gravity field resulting from density variations in underlying rocks, is named after him.