You are here: Home › history › Averroes – The Commentator and Polymath

Averroes, a closeup of The School of Athens

On December 10, 1198, medieval Andalusian polymath Abū l-Walīd Muḥammad Ibn ʾAḥmad Ibn Rušd, better known as Averroes, passed away. Averroes wrote on logic, Aristotelian and Islamic philosophy, theology, the Maliki school of Islamic jurisprudence, psychology, political and Andalusian classical music theory, geography, mathematics, and the mediæval sciences of medicine, astronomy, physics, and celestial mechanics. Averroes had a greater impact on Christian Europe: he has been described as the “founding father of secular thought in Western Europe” and was known by the sobriquet the Commentator for his detailed emendations to Aristotle.

“The Law teaches that the universe was invented and created by God, and that it did not come into being by chance or by itself.”
– Averroes, On the Harmony of Religions and Philosophy

Abu Walid Mohammad Ibn Rushd was probably born in 1128 C.E. in Cordova. It is believed that his education followed a traditional path. Starting out with studies in Hadith, linguistics, jurisprudence and scholastic theology. It is generally believed that he was perhaps once tutored by Ibn Bajjah and his medical education was probably directed under Abu Jafar ibn Harun of Trujillo in Seville. Averroes began his career with the help of Ibn Tufail, the author of Hayy ibn Yaqdhan and philosophic vizier of Almohad king Abu Yaqub Yusuf who was an amateur of philosophy and science and who introduced him to the court and to Ibn Zuhr. Averroes later reported how it was also Ibn Tufail that inspired him to write his famous commentaries on Aristotle.

A Creative and Controversial Thinker

“There is no city that is truly one other than this city that we [anahnti] are involved in bringing forth.”
– Averroes On Plato’s Republic

Averroes‘ thought is known to have been creative as well as controversial. He used to produce arguments that were to puzzle his philosophical successors in the Jewish and Christian worlds. The polymath suggested two forms of truth, a religious and a philosophical one. He seems to argue that there are two forms of truth, a religious form and a philosophical form, and that it does not matter if they point in different directions. He also appears to be doubtful about the possibility of personal immortality or of God’s being able to know that particular events have taken place. There is much in his work also which suggests that religion is inferior to philosophy as a means of attaining knowledge, and that the understanding of religion which ordinary believers can have is very different and impoverished when compared with that available to the philosopher. 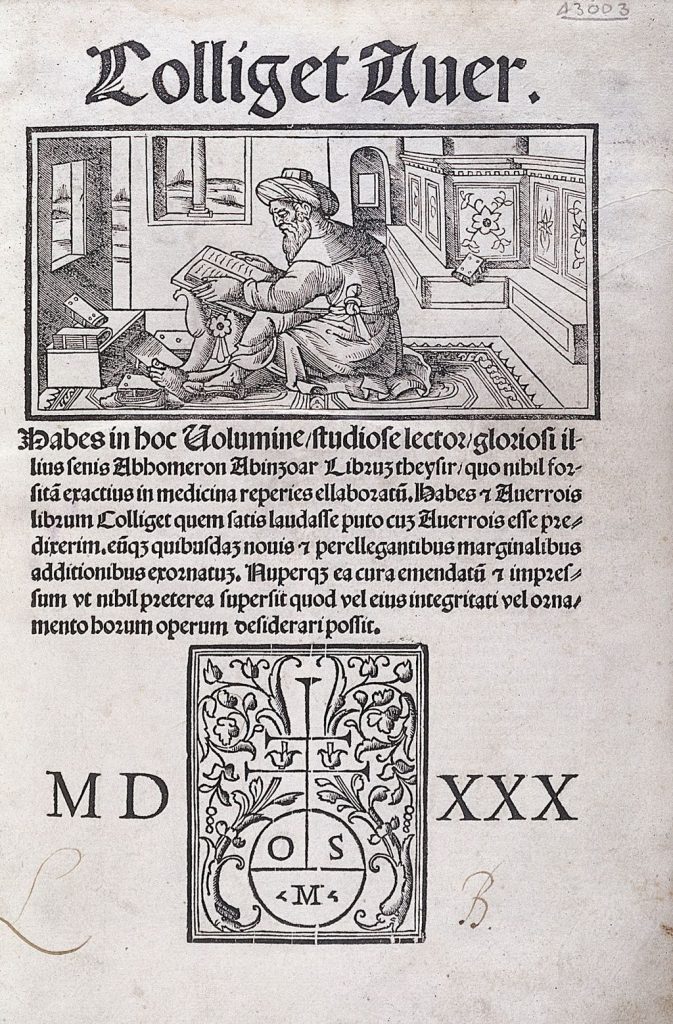 Averroes‘ probably most important work on philosophy Tuhafut al-Tuhafut was written in response to Al-Ghazali’s work. His book had a great influence on European thought for many years and was often criticized by numerous Muslim scholars. Averroes wrote about his views on fate, being that man is neither in full control of his destiny nor is it fully predetermined for him. His Al Rushd’s longest commentary was, in fact, an original contribution as it was largely based on his analysis including interpretation of Quranic concepts. Ibn Rushd’s summary the opinions of previous Islamic jurists on a variety of issues has continued to influence Islamic scholars to the present day, notably Javed Ahmad Ghamidi.

“The necessary connexion of movement and time is real and time is something the soul (dhihn) constructs in movement.”
– Averroes, “Tahafut At-Tahafut”

When he was about 25, Ibn Rushd conducted astronomical observations in Morocco, during which he discovered a previously unobserved star, further, he believed that the Moon is opaque and obscure, and has some parts which are thicker than others, with the thicker parts receiving more light from the Sun than the thinner parts of the Moon. He also gave one of the first descriptions on sunspots.

In the field of medicine, Ibn Rushd also made remarkable contributions. His famous book Kitab al-Kulyat fi al-Tibb was written before 1162 A.D and its Latin translation was known as ‘Colliget’. In it Ibn Rushd has thrown light on various aspects of medicine, including the diagnoses, cure and prevention of diseases and several original observations of him. The book has decisively influenced the medicine of the Occident. Averroes dealt with anatomy, physiology and pathology. Also food science, medicine, hygiene and therapeutics were treated. Criticism of Galen became clear in many places, not only in the theory of fever, but also in a treatise on elements and symptoms of disease. He also frequently cited Galen critically in his Theriak treatise. It is believed that Averroes wrote next to his commentaries on Aristotle‘s works around 67 original works including 28 works on philosophy, 20 on medicine, 8 on law, 5 on theology, and 4 on grammar. After the examination of his works, it was found that Averroes was a deeply Islamic man.

Averroes was an open and critical spirit of his time. In his preoccupation with Aristotle, he proceeded as systematically as possible and interpreted it like no one before him. He wrote commentaries in several gradations, shorter, medium and larger, and made a name for himself as a commentator on Aristotle. Even Dante mentioned him in this function in his Divine Comedy.[4] Aristotle is the most perfect man for Averroes, who possessed the infallible truth and showed himself to man only once.