You are here: Home › chemistry › She’s just sunstruck – Maria Telkes and the Power of the Sun 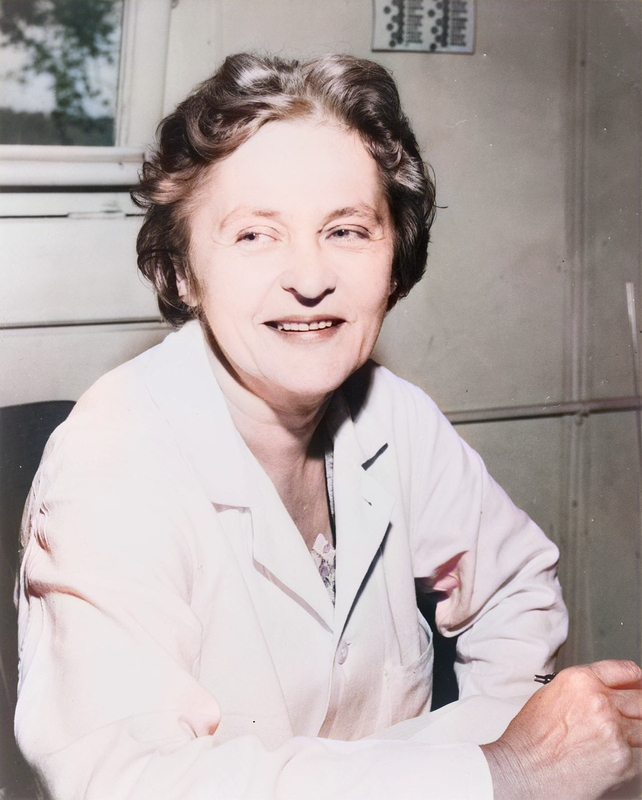 On December 12, 1900, Hungarian–American scientist and inventor Mária Telkes was born. She is best known for her work in solar energy technology.

Mária Telkes was born in Budapest, Hungary, to Aladar and Maria Laban de Telkes. She attended elementary and high school in Budapest. Then, studied at the University of Budapest, graduating with a B.A. in physical chemistry in 1920 and a PhD in 1924. Shortly after, she moved to the United States and about one year later, Telkes accepted a position as a biophysicist for the Cleveland Clinic Foundation to investigate the energy produced by living organisms. One of her research subjects was to create a photoelectric device that recorded brain waves and also worked to write a book called Phenomenon of Life. She became a U.S. citizen in 1937 and continued her career at the Massachusetts Institute of Technology.

Her first advances in the field of solar energy were accomplished around 1939. As part of the Solar Energy Conversion Project at the Massachusetts Institute of Technology, Telkes worked on thermoelectric devices powered by sunlight. The scientist was then assigned to the U.S. Office of Scientific Research and Development and was able to create one of her biggest inventions there, the solar distiller, a solar-powered water desalination machine that was able to vaporize seawater and recondense it into drinkable water, which was especially useful for life rafts during the war. This small device made of clear plastic film was used as part of emergency medical equipment. After World War II, Telkes remained at MIT and became associate research professor. [1]

Along with the architect Eleanor Raymond, Telkes managed to develop the first house heated through solar energy by 1948. The „Sun House“ was probably the very first house which realized a passive concept of solar energy. This means that there was no need for additional active elements that produced electricity in order to heat the house. Eleanor Raymond was able to construct the house in a way that it could be heated only by solar energy throughout the entire year. The system worked with the sunlight passing through glass windows, which would heat the air inside the glass. This heated air then passed through a metal sheet into another air space. From there, fans moved the air to a storage compartment filled with the salt (sodium sulfate). The salt would melt in the sun, trap the heat and then release it once it cooled and hardened. These salt compartments were in between the walls, heating the house as the salt cooled. Even without active photovoltaic elements, the house managed without heating due to its special design.

Raymond and Telkes were convinced that by the mid 1970s, the general publics interest in solar energy will increase significantly. Back then, the feedback on her developments were not all positive:

However, by 1973, during the oil crisis, the enthusiasm towards solar energy suddenly increased and Mária Telkes received awards from the Society of Women Engineers and the American Solar Energy Society.

In 1952, the Ford Foundation commissioned Telkes to develop a solar stove for use in developing countries. She was assisted in this research project by her research assistant Stella Andrassy. In 1955, Telkes presented a revised version of the solar oven at the American Solar Energy Society’s Solar Energy Forum. The basic design of the oven is still used today.

Telkes moved to Texas in the 1970s and consulted with a variety of start-up solar companies, including Northrup Solar, which subsequently became ARCO Solar, and eventually BP Solar. Later in 1980, she helped the US Department of Energy to develop and build the first fully solar-powered home. She received multiple awards for her work, and over the course of her career, earned more than 20 patents.