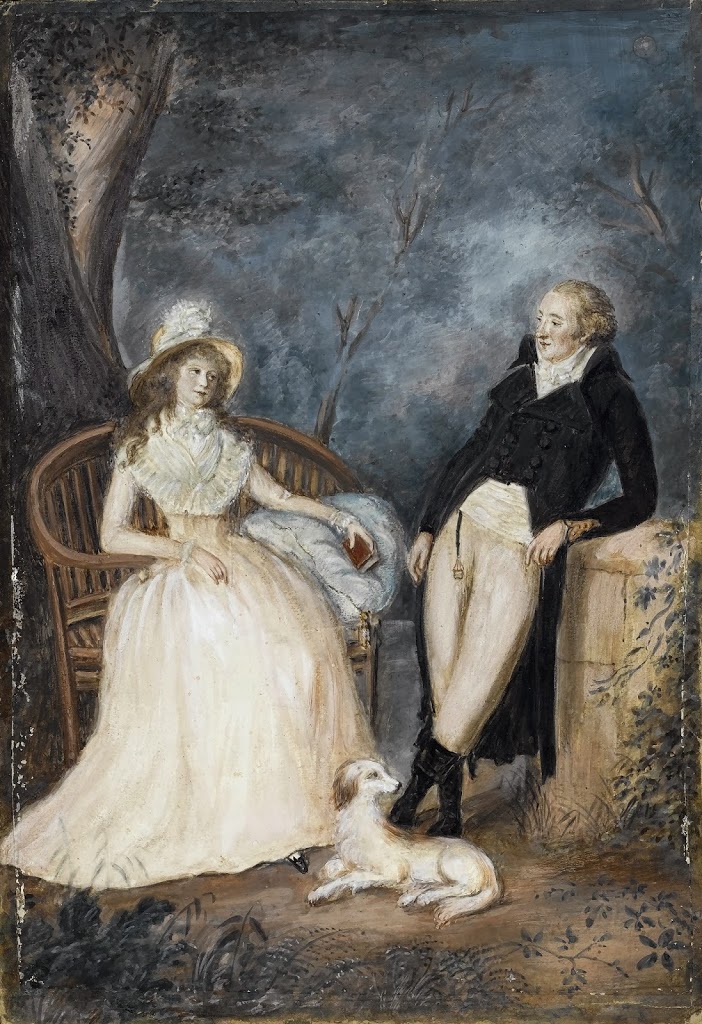 On December 25, 1742, Charlotte Albertine Ernestine von Stein was born. She was a lady-in-waiting at the court in Weimar and famous for being a close friend to both Johann Wolfgang von Goethe and Friedrich Schiller, whose work and life were strongly influenced by her. We already have had several articles on the works and life of Johann Wolfgang von Goethe at SciHi Blog.[4,5,6,7] No wonder, he was one of the most prominent German authors, and moreover a philosopher, statesman, and scientist of all times. His work has influenced culture and science worldwide and moreover, since I have lived in his domain and hometown Weimar for several years, I have also developed some kind of relationship to the ‘Prince among Poets‘, who is still omnipresent in today’s townscape of Weimar.

“I believe that if as many women were writers as there are men, and we were not disparaged by a thousand little things in our households, perhaps some good ones would be found among them, for how few good ones are there among writers without numbers. The organization is probably monotonous and probably even finer to think about.”
– Charlotte von Stein

Goethe and the Women

Goethe and the women is always some special topic. We have already had an article on his late marriage with Christiane Vulpius,[6] with whom he had lived in concubinage for almost two decades because of their class distinction. Goethe, the aristocrat, and Christiane Vulpius, the maidservant. Nevertheless, both got married soon after the French under Napoleon had occupied the little town of Weimar. Definitely, Christiane had some influence on Goethe’s work, but she always remained in the background behind her famous and influential husband. A much more stronger influence on Goethe in his earlier years had Charlotte von Stein, whom Goethe often referred to as his “personal Muse“.

“Pure, correct feeling combined with a natural, passionless, light disposition have worked together with own diligence, furthered by the contact to excellent people that harmonized with her utterly fine thirst for knowledge, to form her into a personality whose nature and existence are hardly probable to come about, in Germany, very often again. She lacks any pretentiousness or affectation; she is straight, free in a natural way, not too heavy and not too light, without enthusiasm, and yet, with spiritual warmth, takes an interest in all reasonable and in all human, is well informed and possesses a fine delicacy, even aptitude for art.”
— Karl Ludwig Knebel, letter to his sister Henriette about Charlotte von Stein, 18 April 1788

Born in 1742 in the Thuringian town of Eisenach, Charlotte’s parents were Hofmarschall Johann Wilhelm Christian von Schardt and Concordia Elisabeth von Schardt. While her father was a wasteful eccentric, her mother who had had Scottish ancestors was said to be very quiet and dutiful. Her parents moved to Weimar when Charlotte was yet a little child and she was prepared for working as a lady-in-waiting to Anna Amalia, Duchess of Saxe-Weimar-Eisenach whom she served until the Duchess’s death in 1807. Her education included literature, art, singing and dancing. They said that Charlotte was unobtrusive, witty, graceful and dutiful like her mother was. In 1764, Charlotte married Freiherr Gottlob Ernst Josias Friedrich von Stein. This was not a marriage out of love, but for social and political interests. Often Charlotte remained alone in Weimar, as her husband had to travel a lot, serving the duke of Jena-Weimar.

In 1774, the seven years younger Johann Wolfgang von Goethe met Charlotte von Stein in Weimar for the first time. It was the beginning of a deep friendship which lasted for twelve years. During this time she had a strong influence on Goethe’s work and life. Goethe took into his house her eleven-year old son Fritz (her darling), in May 1783, and took over the boy’s education to her satisfaction. This period of her life might have been the happiest since she was in the center of social life and attention and met many famous personalities, e.g. also Friedrich Schiller, with whose wife Charlotte she frequently corresponded. Whether the friendship between Goethe and Charlotte was only platonic, or even erotic, was subject of many speculations, which all remained fruitless. Fact is that they influenced each others life strongly.[8]

Suddenly in 1786, the deep friendship between Charlotte von Stein and Johann Wolfgang von Goethe ended with his sudden departure to Italy without even telling her that he intended to go. It was not until after 1800 that their relationship began to normalize and even then it never became as close as before. Moreover, now Goethe’s relationship with Christiane Vulpius, with whom he lived together in concubinage, made it not easier for the two former friends to reapproach each other.

Frau von Stein and Goethe had corresponded abundantly, but after the estrangement she asked for her letters back and destroyed them. His letters to her have been published (Goethes Briefe an Frau von Stein, 3 vols., 1848-51, in 2 vols., 1960). Charlotte’s jealousy and indignation at first knew no bounds, and it was only by slow degrees that friendship was restored. Major figures in Goethe’s plays ‘Die Geschwister‘, ‘Iphigenie auf Tauris‘, and ‘Torquato Tasso‘ are modelled on Charlotte von Stein. She herself also wrote four plays, notably the prose tragedy Dido written 1794, in which she gave a literary self-portrait that also depicted her disappointment about Goethe’s behavior. It reflected the years from 1770 to 1790 and the situation in Weimar at that time. As depicted by Virgil, Dido (Queen of Carthage) was forsaken by her lover Aeneas who set off for Italy – an obvious parallel to von Stein herself and Goethe.

Charlotte von Stein became a widow in 1793, but continued to live at Weimar until her death there on the 6th of January 1827, at age 85. The German poet Peter Hacks presented his play “Gespräch im Hause Stein über den abwesenden Herrn von Goethe” (A Discussion in the Stein Home about the Absent Mr. Goethe) in 1974. This monodrama became a worldwide success and is seen as a subtle analysis of the fate of Charlotte von Stein.