You are here: Home › history › Finally, Goethe Got Married – The Story of Christiane Vulpius 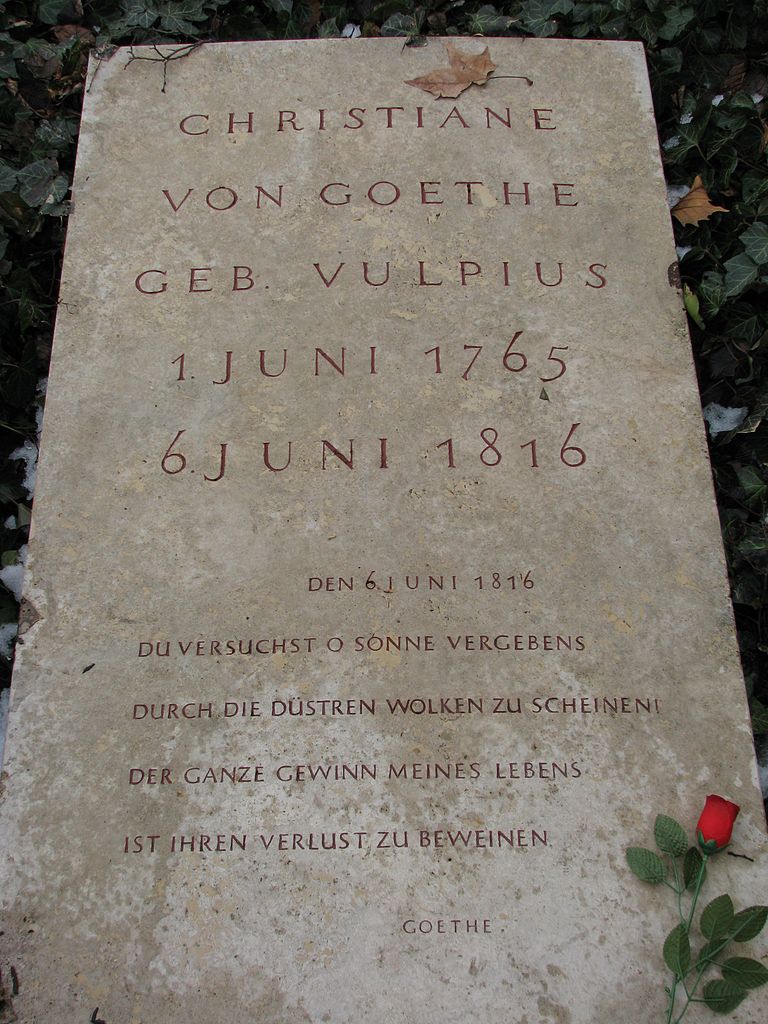 On October 19, 1806, the famous German writer, artist, and politician, Johann Wolfgang von Goethe,[1] finally got married with his mistress Christiane Vulpius after having lived together quasi-maritally since 1788, to the scandal of the ladies of Weimar and the vexation of Bettine von Arnim.[2]

Christiane Vulpius came from a poor family. Her father Johann Friedrich Vulpius, official archivist in Weimar, i.e. file copyist, had studied law for several semesters, but discontinued his studies. His job was badly paid, the family lived in very precarious conditions, especially since his father did everything to make it possible for his eldest son Christian August to study. Christiane was forced to accept a job as a plasterer in a small Weimar manufactory with Caroline Bertuch. This was all the more necessary since the father was prematurely dismissed from the service because he was accused of an irregularity. However, she was not a worker, but belonged to the “unemployed girls of the middle classes” employed there.

Christiane was the one woman that should change the life of the most prominent writer of his age to become his wife and the mother of his children. And they should only meet by chance. Christiane Vulpius was a comely damsel of 23 years when Goethe met her, with golden curling locks, rosy cheeks, laughing eyes and a neatly rounded figure. She met Goethe on 12 July 1788 as she spoke to him to ask for help for her brother, who needed support as a starting writer. In fact, Goethe later spoke up several times for his future brother-in-law, and soon he and Christiane started a love affair. She had only little education, and he could not take her into society; but she was a good and loving wife, and her quick mother-wit fitted her for an intellectual companion. After a year their first child was born, a boy named August. Four other children followed, but they all died young. 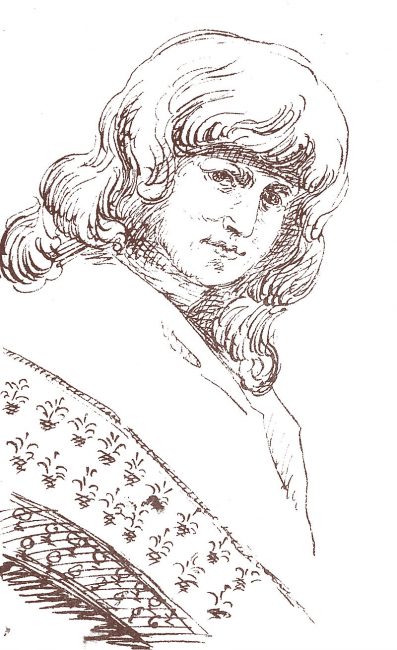 From Concubinage to Real Marriage

Goethe took the young woman into his house together with her half-sister Ernestine and her aunt Juliane; the two women’s sphere of influence was completely limited to the house and garden. The Weimar court and society rejected the illegitimate and improper connection, so that Goethe, on the advice of the duke, had to leave the house at the Frauenplan in the centre of Weimar and move temporarily to the “Jägerhaus” in Marienstraße.

This changed only around 1806. After death of his close friend and colleague Friedrich Schiller Goethe lost for a time his interest in literature. It was the time of the Napoleonic wars, and within a year and a half the battle of Jena-Auerstedt was fought, and Goethe’s hometown Weimar was sacked by the French army. When the city was plundered by French soldiers, the Frauenplan house was also threatened: Christiane vigorously opposed invading soldiers and was able to stop the plundering until Goethe had achieved official protection by the French commander. It was probably the insecurity of life at this time which led him to marry the mother of his son, with whom he had been living for seventeen years — or rather, should we say, the sense of insecurity led her to consent to the marriage, which she had before refused. They married a few days later at the Jakobskirche in Weimar.

Even after her marriage, Christiane was only reluctantly and hesitantly accepted by the Weimar Society as “Privy Councillor of Goethe”. In order to change the social rejection of his wife, Goethe asked the wealthy widow Johanna Schopenhauer, mother of the philosopher Arthur Schopenhauer,[3] to break through the barrier with an official invitation to tea. She did it with the remark: “If Goethe gives her his name, we will probably be able to give her a cup of tea“.

The Misinterpretation of Goethe’s Relation to Christiane

Nothing in Goethe’s life has been so misunderstood and misrepresented as his relations with Christiane Vulpius. She was always treated as a wife, and very much better than most wives, the two being united by bonds more indissoluble than those of the church. Christiane was from a much lower rank in society; but she understood Goethe’s nature as no one else did. Christiane loved the theatre. She visited plays in Weimar as well as in other places. As she grew older, Christiane’s state of health fluctuated. In 1815 she suffered a stroke. The following year she suffered severe pain and kidney failure. After a week of agonizing suffering, she died on 6 June 1816. The funeral, in which Goethe did not take part, took place at the Jacob’s church cemetery in Weimar at the very same church where the two got married. For a long time the location of her grave was unknown, but after researching old documents the location was rediscovered and a new stone was placed there. It wears Goethe’s farewell verses: “You try, o Sun, in vain, to shine through the gloomy clouds! the whole gain of my life… is to weep over her loss.“