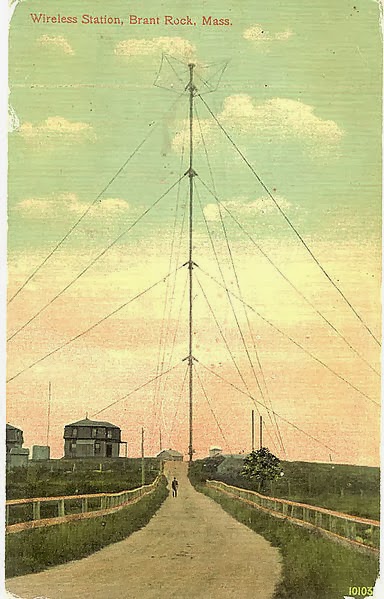 It was on Christmas Evening in 1906, when Reginald Fessenden broadcasted the very first radio program in the United States including a speech by Fessenden, music from the phonograph, a violin solo, and a short reading of the bible heard on the US-Atlantic-Coasters.

Reginald Fessenden was educated at the Trinity College in Ontario followed by the Bishop’s College School in Quebec. During this period, he already taught mathematics to other students and he continued his studies at the Bishop’s University. Shortly after, the young man moved to New York City in order to apply for a job with Thomas Edison.[5] It is reported that he told Edison: “Do not know anything about electricity, but can learn pretty quick” and he replied with “Have enough men now who do not know about electricity“. However, Fessenden still got hired and started working at the new laboratory in New Jersey. It is assumed, that Fessenden’s serious experiments with wireless telephones began in 1898 at the University of Pittsburgh and that only one year later, a communication system between the university and Allegheny City existed. 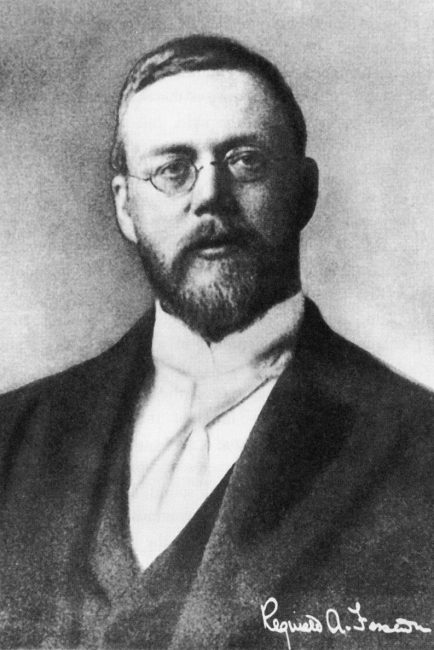 Furthermore, it is reported that his interest in radio experimentation started in the 1890s as well, which were highly motivated by Guglielmo Marconi‘s successful attempts to develop a practical radio transmitting and receiving system.[4] His electrolytic detector meant quite a revolution. It consisted of a fine wire dipped in nitric acid and would set a standard for sensitivity in radio reception for a few years. Another important period was his time at Rock Point, Maryland, where Fessenden transmitted speech over a distance of one mile which marks the day of the first known audio radio transmission. His research was soon funded by the NESCO company and he was able to improve his transmissions in efficiency significantly. But the critics claimed openly to have many doubts, just like John Ambrose Fleming in 1906. While Marconi had previously achieved one way transmissions across the Atlantic Ocean, Fessenden achieved a two way transmission in January 1906. 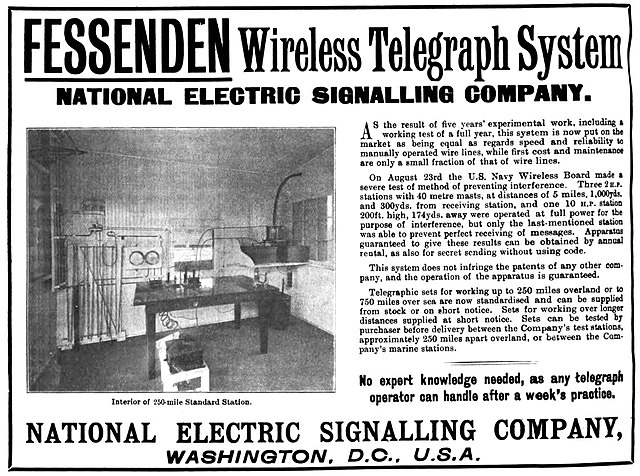 Advertisement for the National Electric Signalling Company which appeared on page xiv of the April 14, 1905 issue of The Electrician magazine

On Christmas Eve of the same year, Fessenden accomplished the first voice and music broadcast to ships from Massachusetts. “Oh Holy Night” was played and a few passages from the Bible were read during this magical night. Unfortunately, many scientists today believe that this story is only a wonderful myth. But investors did not quite believe in the one-to-many concept. However, the U.S. government began requiring radio operators to obtain licenses to send out signals in 1912 and the broadcasting pioneer Charles Herrold was on air daily before World War I interrupted their operations.

But also in other countries, especially in Europe, experiments and developments progressed. The British Broadcasting Company (BBC) was formed in 1922 and in Germany, the first radio program was on air in October 1923.

The technical achievements made by Fessenden were not matched by financial success. Although Fessenden ceased radio research after 1911, he continued to work in other fields. At the outbreak of World War I, Fessenden volunteered his services to the Canadian government and was sent to London where he developed a device to detect enemy artillery and another to locate enemy submarines. Other efforts included a version of microfilm, that helped him to keep a compact record of his inventions, projects and patents. He also patented the basic ideas leading to reflection seismology, a technique important for its use in exploring for petroleum, and received patents for diverse subjects that included tracer bullets, paging, television apparatus, and a turbo electric drive for ships. In 1923, in his study The Deluged Civilization of the Caucasus Isthmus, Fessenden presented a new interpretation of the mythology and geography of the early Greeks and Semites and a new model for explaining the Flood legend, combined with a reinterpretation of the events and locations described in Plato’s Atlantis account. In scientific circles, however, his research results met with little interest and were soon forgotten. In these circles one concentrated on the idea of Atlantis as a Platonic myth.

After settling his lawsuit with RCA, Fessenden purchased a small estate called “Wistowe”, in Hamilton Parish, near to Flatts Village in Bermuda. He died there on July 22, 1932, at age 65.

Philip Erickson, An Introduction to Radio Experimentation, Technology, and History, [7]