You are here: Home › music › Giuseppe Verdi – Master of the Opera 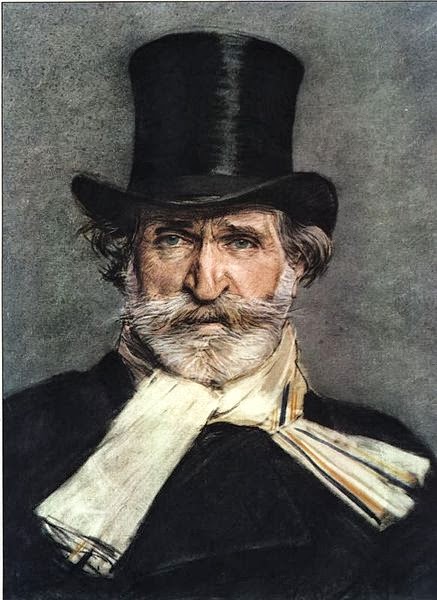 On October 9 or 10, 1813, famous Italian composer Giuseppe Verdi was born. He is primarily known for his romantic operas, and together with Richard Wagner, Verdi is considered the most influential composer of operas of the nineteenth century.

“I wish that every young man when he begins to write music would not concern himself with being a melodist, a harmonist, a realist, an idealist or a futurist or any other such devilish pedantic things. Melody and harmony should be simply tools in the hands of the artist, with which he creates music; and if a day comes when people stop talking about the German school, the Italian school, the past, the future, etc., etc., then art will perhaps come into its own.”
– Giuseppe Verdi (1875)

The future musician moved to Bosetto with his family very early in his life, where he also got taught in composition. In his early 20s, Verdi went on to Milan and took private lessons next to attending numerous plays. It is known that he enjoyed mostly German music in this period, which influenced him quite alot. When he returned to his hometown, he became a music master and was supported by Antonio Barezzi, who organized a few performances for Verdi. In 1838 Verdi went to Milan. After a lost, unlisted debut under the title Rocester or Lord Hamilton, his opera Oberto conte di San Bonifacio was successfully performed at Milan’s Scala in November 1839. In June 1840 Verdi’s wife Margherita died of encephalitis at the age of 26 when Verdi was working on his next piece, the comic opera Un giorno di regno. The performance was booed andVerdi, who deeply mourned the death of his wife and children, decided depressed to give up composing.

Luckily Verdi continued and wrote Nabucco, which made him instantly famous in 1842. From there, Verdi was hit by a huge working period that lasted about 15 years. He created 14 operas and one of the most famous of these years was ‘Macbeth‘, which was first staged in 1847 and succeeded instantly. 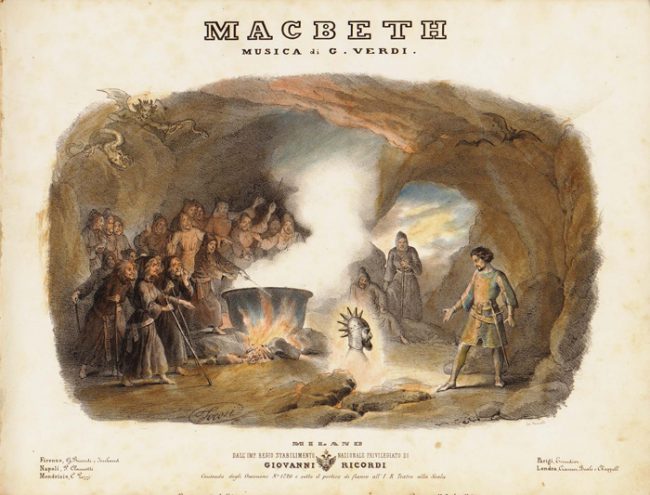 In 1851, another masterpiece Verdi’s premiered, it was ‘Rigoletto‘ and based on Victor Hugo’s play. Verdi had to change major parts of the piece to satisfy the censorship. Still, his idea of the musical drama full of contemporary social and cultural aspects was a great success, and the composer was able to increase his fame all over Europe. In choosing his literary models he applied high standards, a sign that his private studies had borne fruit in the thirties. Victor Hugo provided him with the models for Ernani and Rigoletto, Shakespeare for Macbeth, Lord Byron for I due Foscari (“The Two Foscari“) and Il corsaro (“The Corsair“), Voltaire for Alzira and Friedrich Schiller for Giovanna d’Arco after the drama The Robbers and finally Luisa Miller for Kabale and Liebe. Shakespeare’s King Lear also occupied him several times in the following years, without it coming to a composition of Re Lear.

Giuseppe Verdi was one of the leading composers of his period, another was Richard Wagner. Both had a great influence on the music and culture of the 19th century but never spoke a nice word about each other, even though they never actually met. Verdi once even said that Wagner “invariably chooses, unnecessarily, the untrodden path, attempting to fly where a rational person would walk with better results“. And when Verdi’s Requiem was played, Wagner only commented that “it would be best not to say anything“. Verdi’s last opera was ‘Falstaff‘ and succeeded internationally and in the following period he published further, but smaller pieces.