You are here: Home › literature › Brush Up Your Shakespeare 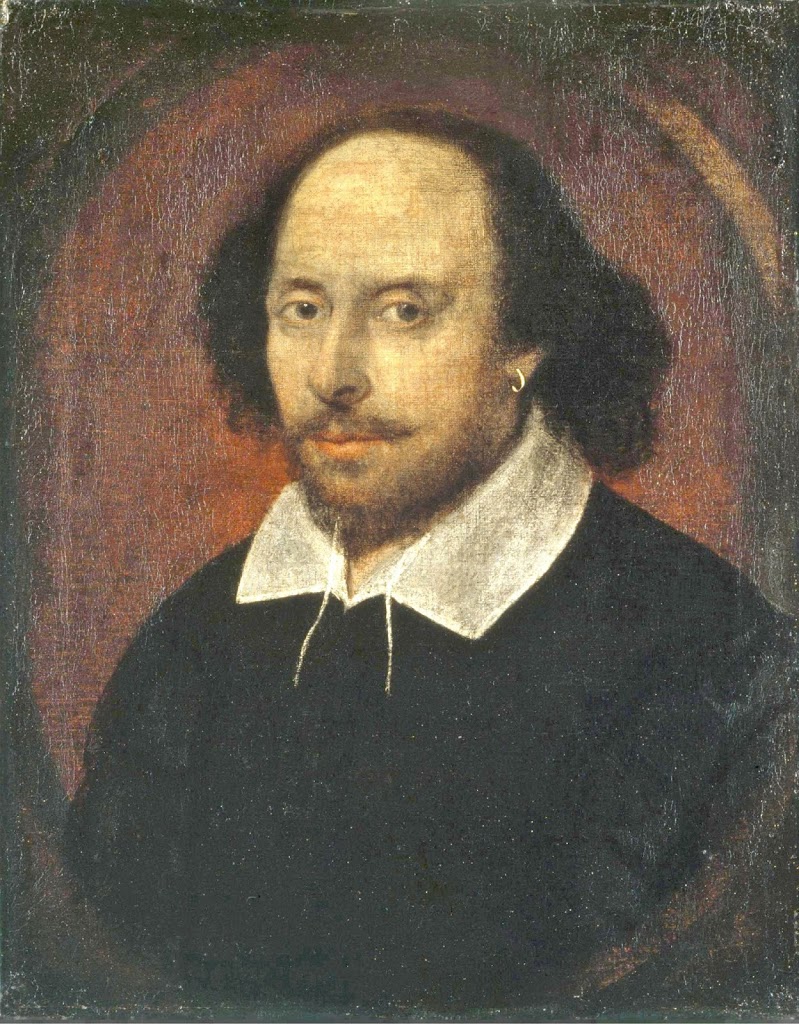 On April 26, 1564, English poet and playwright William Shakespeare was baptized in Stratford-upon-Avon. He is widely regarded as the greatest writer in the English language and the world‘s pre-eminent dramatist. Shakespeare‘s works, including some collaborations, consist of about 38 plays, 154 sonnets, two long narrative poems, two epitaphs, and several other poems. His plays have been translated into every major living language and are performed more often than those of any other playwright.

We are such stuff
As dreams are made on; and our little life
Is rounded with a sleep.
— William Shakespeare, The Tempest (1611), Prospero, Act IV, scene i.

How I met Shakespeare

In western civilization, there isn’t hardly anybody who has not ever heard of William Shakespeare. Often it is said, his works comprise almost every schematic plot that has ever been played afterwards including major Hollywood productions. However, if you have ever read Shakespeare or seen one of his dramas live played in the theatre, you will never forget – so much for sure. I came across Shakespeare way back when I was at school in Germany, but we didn’t study his plays or poems in the English lectures, but instead we had the chance to experience some theatre performances of his most famous plays just for fun, such as e.g. Romeo and Juliet, A Midsummer Night’s Dream, Much Ado about Nothing, or The Tempest. Well, The Tempest definitely was kind of a strange production, since – probably the director thought it to be “funny” – all players on stage were “tarred and feathered” in the course of the ongoing play. However, I never understood what the director was going to tell us by that…

All the world’s a stage,
And all the men and women merely players:
They have their exits and their entrances;
And one man in his time plays many parts.
— William Shakespeare, As you Like it (1599-1600), Jaques, Act II, scene vii.

William Shakespeare was the son of John Shakespeare, an alderman and a successful glover, and Mary Arden, the daughter of an affluent landowning farmer. He was born in Stratford-upon-Avon as the third child of eight and the eldest surviving son, baptised there on 26 April 1564, while his actual date of birth remains unknown. In his younger years Shakespeare attended the Christian Holy Trinity church on the banks of the Avon river, studying the Book of Common Prayer and the English Bible. Early on Shakespeare likely attended the Elizabethan theatrical productions of traveling theatre companies that came to Stratford to entertain the local official townsmen. Although enrolement registers did not survive, around the age of eleven Shakespeare probably entered the grammar school of Stratford, King’s New School, where he would have studied theatre and acting, as well as Latin literature and history. When he finished school he might have apprenticed for a time with his father, but there is also mention of his being a school teacher. You see, there is not very much really known about Shakespeare’s early live.

Lord Chamberlain’s Men and the Globe

The next record of his life is in 1582, when still a minor at the age of eighteen and requiring his father’s consent, Shakespeare and Anne Hathaway got married. It is also not known exactly when Shakespeare began writing, but contemporary allusions and records of performances show that several of his plays were on the London stage by 1592. From 1594, Shakespeare’s plays were performed by only the Lord Chamberlain’s Men, a company owned by a group of players, including Shakespeare, that soon became the leading playing company in London. After the death of Queen Elizabeth in 1603, the company was awarded a royal patent by the new king, James I, and changed its name to the King’s Men. In 1599, a partnership of company members built their own theatre on the south bank of the River Thames, which they called the Globe. Most of Shakespeare’s greatest plays then were written for the Globe, including Hamlet, Othello and King Lear until it burned down during a performance of King Henry VIII. It is said that Shakespeare himself acted in a number of roles including the ghost in Hamlet and Old Adam in As You Like It. Records of Shakespeare’s property purchases and investments indicate that the company made him a wealthy man. 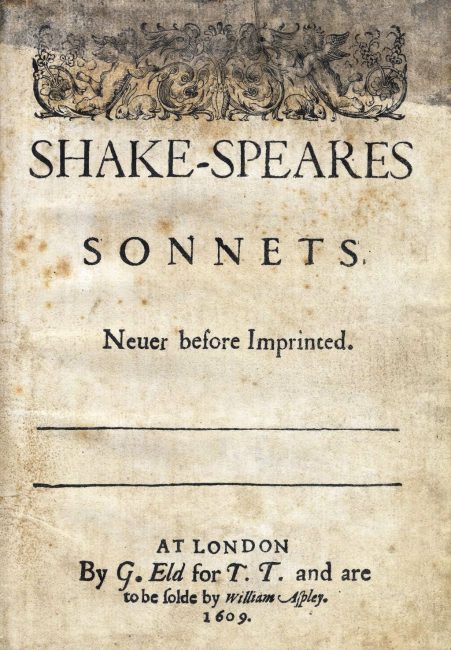 Shakespeare’s biggest competitor was Christopher Marlowe, later Ben Jonson. It was customary to rewrite and reperform older pieces: Shakespeare’s Hamlet, for example, could be the adaptation of an older “original Hamlet“. In some cases legends and fairy tales have been turned into dramas, as in the case of King Lear. Pieces were also created from printed sources, such as Plutarch’s biographies of great men, Italian Novella collections or chronicles of English history. Another common method was to write sequels to successful pieces. The figure of Falstaff in Henry IV was so popular with the audience that Shakespeare had it appear again in The Merry Wives of Windsor.

In addition to his dramatic works, Shakespeare also wrote lyrical and epic poems (probably when London’s theatres were temporarily forced to close due to the plague epidemics). The latter established his reputation as an author among his contemporaries. Probably in 1593 he wrote the two narratives of Venus and Adonis and Lucrece, dedicated to a noble patron Henry Wriothesley, Earl of Southampton. The publication of 154 sonnets in 1609 is surrounded by numerous riddles. In a short introduction by the publisher, usually read as a “dedication”, the only begetter and Mr. W. H. are mentioned; the identity of this person has not yet been clarified. Perhaps this sonnet publication is a predatory print.

Who will believe my verse in time to come,
If it were filled with your most high deserts?
Though yet heaven knows it is but as a tomb
Which hides your life, and shows not half your parts.
— William Shakespeare, The Sonnets (1609),  from Sonnet 18

The earliest known publications of his plays were published in quarto editions from 1594, that being on a sheet of paper folded four ways. By 1598, his name already had become a selling point and appeared also on the title pages. At the age of 46 Shakespeare returned to Stratford as a rich man and spent the last years of his life there.

William Shakespeare died on 23 April 1616 at age 52 and was buried in the chancel of the Holy Trinity Church two days after. The epitaph on his tombstone says:

Shakespeare and the English Language

Shakespeare had an extensive vocabulary: 17,750 different words are counted in his works. Shakespeare is characterized by his stylistic diversity, which masters all language levels and registers equally, from the lowest gutter language to the highest court language. At Shakespeare’s time, grammar, spelling and pronunciation were not yet as standardized as they had increasingly been since the 18th century. It was also possible and customary to coin new words when the need arose. Many terms that can be found in modern English appear for the first time at Shakespeare, as e.g. multitudinous, accommodation, premeditated, assassination, submerged, obscene