You are here: Home › explorer › Edward Bransfield and the first Sighting of Antarctica 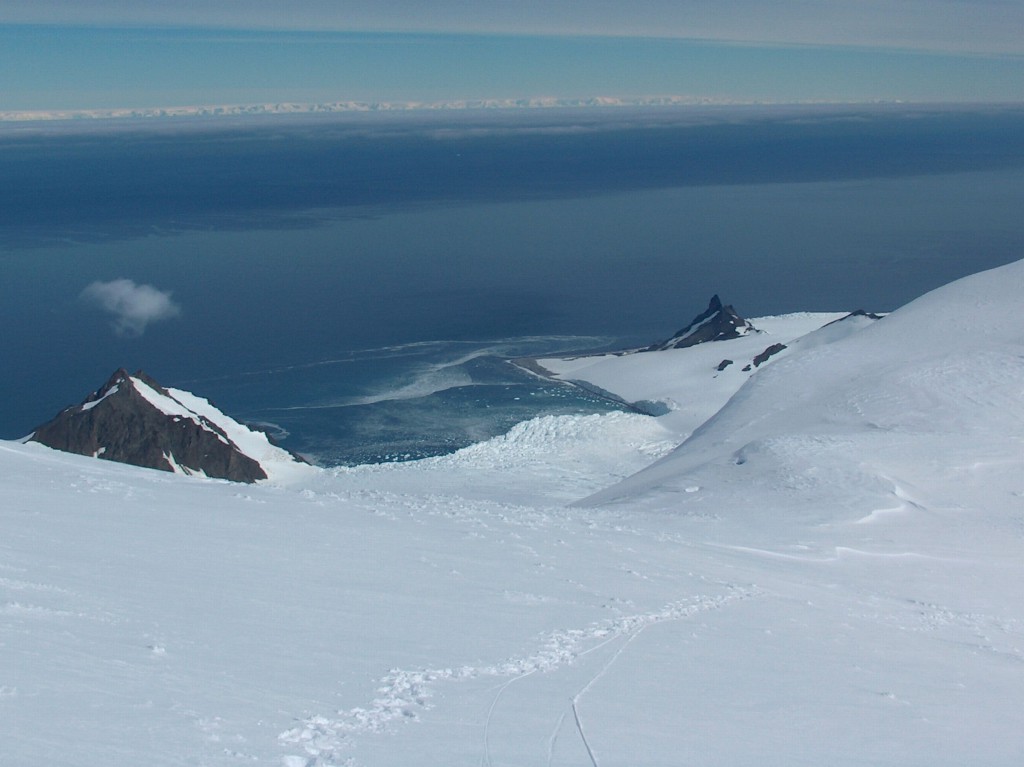 Bransfield Strait with Brunow Bay, Livingston Island in the foreground, and Antarctic Peninsula in the background, image by Lyubomir Ivanov

In January 1820, British Navy officer Edward Bransfield sighted Trinity Peninsula, the northernmost point of the Antarctic mainland. However, the very first confirmed sighting of mainland Antarctica cannot be accurately attributed to one single person. It can, however, be narrowed down to three individuals, who all sighted the ice shelf or the continent within days or months of each other: Fabian Gottlieb von Bellingshausen,[1] a captain in the Russian Imperial Navy; Edward Bransfield, a captain in the Royal Navy; and Nathaniel Palmer, an American sealer.

Edward Bransfield was born in Ballinacurra, Ireland, around 1785. However, not very much is known about Bransfield’s early life. It is assumed that he received a decent education and was impressed into the Royal Navy in 1803. On the HMS Ville de Paris, Bransfield began as a regular seaman and was probably appointed to the 110-gun first rate HMS Royal Sovereign later on. In 1808, he was promoted as 2nd master’s mate in 1808 and three years later, Bransfield became midshipman. One year later, the seaman achieved the rank of second master and was made acting master on HMS Goldfinch, a 10-gun Cherokee-class brig-sloop. In 1816, Edward Bransfield was appointed master of the 50-gun fourth rate HMS Severn, leading it in the Bombardment of Algiers. One year later he was appointed master of HMS Andromache under the command of Captain W. H. Shirreff. It was during this tour of duty that he was posted to the Royal Navy’s new Pacific Squadron off Valparaíso in Chile.

Beyond the Antarctic Circle

Long before the discovery of the continent of Antarctica in 1820, the existence of a huge southern continent was assumed to counterbalance the land masses of the northern hemisphere. The rounding of the Cape of Good Hope and Cape Horn in the 15th and 16th centuries proved that Terra Australis Incognita (“Unknown Southern Land”), if it existed, was a continent in its own right. This continent is depicted on numerous world maps of the early modern period. Since some of these depictions, for example the map of Piri Reis from 1513, the map of Orontius Finaeus from 1531, the map of Gerardus Mercator [7] from 1569 or the map of Philippe Buache from 1754, show certain similarities with the actual location and shape of Antarctica, there are authors who assume that Antarctica was discovered long before the official date of 1820. However, especially for the map of Piri Reis, this is neither the only nor the most plausible interpretation possibility.

The visit to South Georgia by the English merchant Anthony de la Roché in 1675 was the first ever discovery of land south of the Antarctic Convergence. The first to sail beyond the Antarctic Circle was probably James Cook in 1773.[2] He proceeded to circumnavigated Antarctica and dispelled the myth that a fertile, populous continent surrounded the South Pole. It is believed he was as close as 240 km (150 mi) from the mainland. It took a while after another known sailor traveled as far south as James Cook. In 1819, a few of the 644 crew of the wrecked Spanish ship of the line San Telmo with 74 cannons might have been the first men to set foot on Antarctica before probably dying of hypothermia – but there is no proof that they did. In fact, however, there is no evidence of human presence in Antarctica before the 19th century. However, voyages of discovery have certainly been undertaken in the southern polar region; for example, the South Shetland Islands were probably discovered as early as 1599 by Dirk Gerritz or Gabriel de Castilla in 1603.

Around 1820, William Smith, the owner and skipper of an English merchant ship, the Williams, was appointed by Valparaíso, Captain Shirreff of the Royal Navy to survey the newly discovered South Shetland Islands. Part of the surveying team was Edward Bransfield. Smith and Bransfield reached the Southern Shetland Islands and landed on King George Island. Bransfield further crossed Bransfield Strait and sighted Trinity Peninsula, the northernmost point of the Antarctic mainland.Bransfield made a note in his log of two “high mountains, covered with snow”, one of which was subsequently named Mount Bransfield by Dumont D’Urville in his honour. Approximately two days before, Fabian Gottlieb von Bellingshausen may have caught sight of an icy shoreline now known to have been part of East Antarctica. On the basis of this sighting and the coordinates given in his log-book, Bellingshausen has been credited by some with the discovery of the continent. 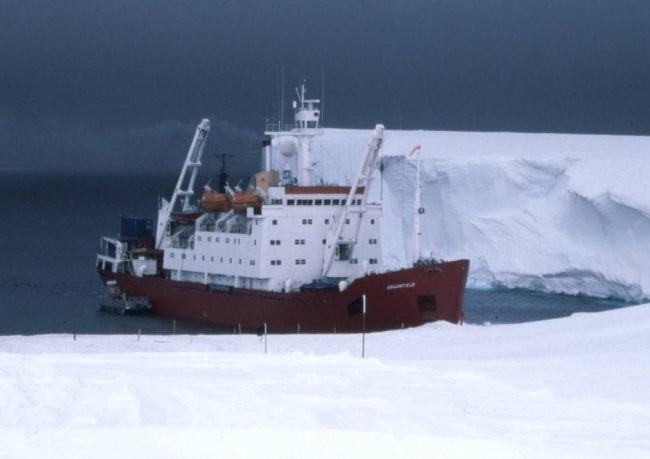 Bransfield charted a segment of the Trinity Peninsula and followed the edge of the icesheet in a north-easterly direction and discovered various points on Elephant Island and Clarence Island, which he also formally claimed for the British Crown. The charts from the journey were given to the Admirality and on this day they are in the possession of the Hydrographic department in Taunton, Somerset.

However, the first landing took place just a year later by U.S. seal hunter John Davis on February 7, 1821, when he sent some of his men ashore in a boat to look for seals. In good weather conditions in 1823, the English navigator James Weddell [8] was able to reach 74° 15′ south in the Weddell Sea named after him. The French king then commissioned Jules Dumont d’Urville [9] to break this record, but his voyage in 1837-1838 was successful only on the second attempt, when he sighted Adelie Land.

Bransfield left the Navy in 1820 and took command of various merchant ships in the following years. The remainder of Edward Bransfield’s life was obscure. He died on 31 October 1852 in his sixty-seventh year and was buried in Brighton, England. In addition to Mount Bransfield, the sea lane between the South Shetland Islands and the Trinity Peninsula to Bransfield is also called the Bransfield Strait. The Bransfield Island and the Bransfield Trough also bear his name. During 2000 the Royal Mail issued a commemorative stamp in Bransfield’s honour, but as no likeness of him could be found, the stamp depicted instead RRS Bransfield, an Antarctic surveying vessel named after him.