You are here: Home › explorer › James Cook and the Great Barrier Reef 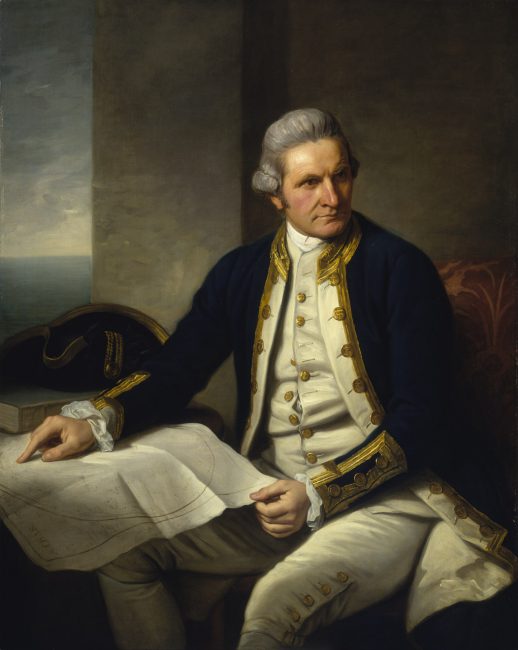 On June 11, 1770, British explorer, navigator, cartographer, and captain in the Royal Navy James Cook discovered the Great Barrier Reef while running aground and risking his ship, the HMS Endeavour, to sink.

Cook’s birth is recorded in the parish register of St. Cuthbert in Yorkshire with the entry “27 October 1728 James, son of the day labourer James Cook and his wife Grace”. He was one of eight children. At the expense of his father’s employer, Thomas Skottowe, he was able to attend the village school in Great Ayton. At the age of 17 he became an apprentice in the general store of the Quaker John Walker at the request of his father, who became a kind of mentor for him. However, he became more enthusiastic in the sea and sailing, so James Cook started an apprenticeship at the merchant marine. His seamanly career began at the age of 18 on coal transport ships between Newcastle upon Tyne and London, which were based in Whitby. Cook’s skills brought him well forward. In the middle of 1754 he changed under financial losses to the Royal Navy, where he hired as a non-commissioned officer (master’s mate) on the HMS Eagle. Only the service for the crown enabled the prospect of a considerable social advancement. After graduating, he continued his career at Royal Navy, married Elisabeth Batts, and left for his first voyage a few years later.

His reputation as a skipper and cartographer earned the sailor, who was appointed a lieutenant on 25 May 1768, his vocation to the famous Pacific voyage, which was envied by many, including Alexander Dalrymple, the later first hydrograph of the Admiralty. This expedition was undertaken on the recommendation of the Royal Society under the presidency of the astronomer Lord Morton in order to observe the transit of the planet Venus in front of the solar disk – the Venus transit of 3 June 1769 – on Tahiti as part of an international measurement campaign. This large-scale astronomical project aimed to determine the distance between the Earth and the Sun and thus – on the basis of the third Kepler Law – to calculate the distances of all other planets in the solar system. Cook’s task was above all to bring several scientists (including the astronomer Charles Green) together with their instruments safely to Tahiti and back. He needed a spacious ship with a shallow draft. The Admiralty acquired the 340 ton Earl of Pembroke coal transporter, which was rebuilt and named Endeavour. The ship set sail with its crew on 26 August 1768. The 25-year-old natural scientist Joseph Banks also took part in this expedition at his own expense (at a similar level as the Crown invested in the expedition), mainly to establish botanical collections. 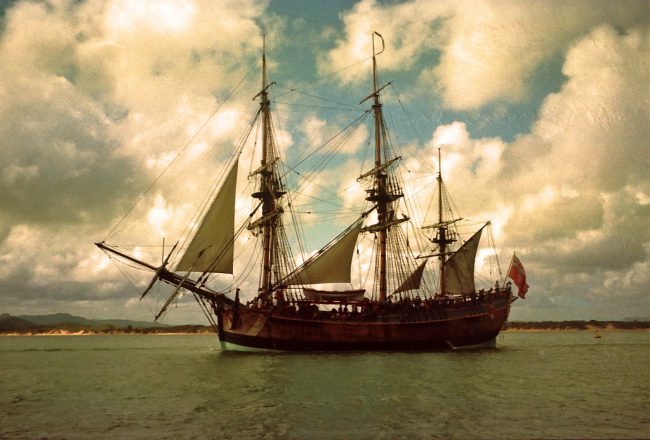 Commissioner was King George III, who secretly instructed James Cook to take possession of “a Continent or Land of great extent”, also he issued Cook “with the Consent of the Natives to take possession of Convenient Situations in the Country in the Name of the King of Great Britain “. Their route led through the Atlantic Ocean and around Cape Horn. They stopped in Tahiti in April of 1769, where James Cook was able to trade many useful items. He was always assured that the crew ate fresh meat and vegetables for their health. Actually later on he was the one to establish the provision of Sauerkraut for long overseas journeys to avoid scurvy.

Taking a few Tahitians on board, their journey continued to New Zealand, proving it consists of two separate island, and Wollongon, Australia. Sailing along the coast of Australia, they reached the coral reef, 24 miles (38 km) away from land where the ship struck the coral. Cook decided, that only throwing ballast, weapons, and casks over board would lift the ship to prevent a catastrophe. After being able to repair the ship poorly, they managed to reach land. It took them almost two months to completely fix the hole and continue the voyage. Next, they traveled along Indonesia, the Cape of Good Hope, and the island of Saint Helena, they returned to England on 13 July 1771. 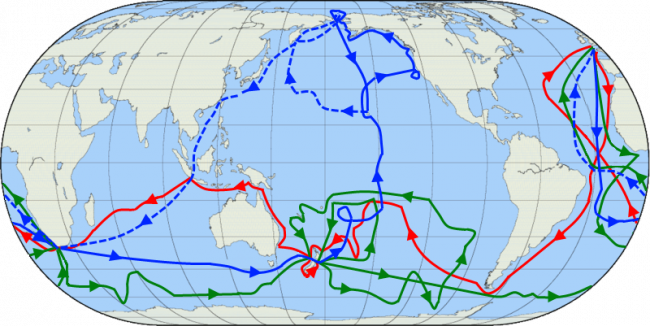 The HMS Endeavour was refitted to modern standards before the expedition, also more cabins, a powder room, and storerooms were installed. The ship was 39,7 meters long and had a sail plan of 2,777 square meters, unfortunately it has been scuppered in 1778. Even though the Royal Navy and the Royal Society spent much money and effort in the safety of the ship an expedition like this was highly dangerous and only 56 of the original 95 men returned from the journey.

On 28 April 1770 the crew of the Endeavour was the first European to enter the east coast of New Holland, as Australia was then called after its discoverers. They called the place Botany Bay because of the large number of new plants found. Eight days later they sailed 3,200 km north along the coastline and continued to collect cartographic information. On 11 June the HMS Endeavour ran aground at Cape Tribulation on Endeavour Reef, located in the Great Barrier Reef, and almost got lost. During the repair work of the ship’s carpenters, which took a total of six weeks, Banks observed “giant hares” called kangaroos by the natives. Cook then continued on, finding the Cook Passage through the Great Barrier Reef in mid-August and finally sailing north.

Over 200 years later, the exploration of coral reefs are still taking place, and even though technical standards came to a much higher level, the explorers still face unpredictable dangers. Nowadays, coral reefs are mostly explored through diving. On 13 July 1771 Cook set foot again on English soil for the first time after a three-year expedition, and on 16 July the HMS Endeavour moored in Woolwich.