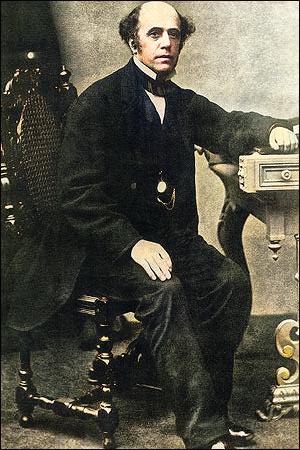 On 5 July 1841, British pioneer of organized tourism Thomas Cook arranged to take a group of 540 temperance campaigners from Leicester Campbell Street station to a rally in Loughborough, eleven miles away. This led him to start his own business founding the world’s first and most famous travel agency.

A Cabinet Maker and Baptist Preacher

Thomas Cook came from a Baptist family. His parents John and Elizabeth Cook lived in simple circumstances in Melbourne, a town in Derbyshire[2] His father John Cook died in February 1812 when Thomas was only three years old. His mother married James Smithard in September of the same year.[3] Thomas Cook had to drop out of school at the age of ten in order to contribute to family support; he could only continue attending Methodist Sunday School. He first helped with the greengrocer John Robey and then, at the age of 14, learned the carpentry trade from the alcohol-addicted uncle John Pegg. As a young adult he published Christian tracts, and from 1828 he worked part-time as a Baptist missionary, Sunday school teacher and itinerant preacher. At the same time, he was a decisive abstainer and initiated major events and demonstration marches against the widespread abuse of alcohol.

On July 5, 1841, Cook organized the rail journey of 570 Leicester temperance activists to nearby Loughborough at a special price of one shilling per person. The extra ride, a 3rd class train ride without seats, in open wagons of the Midland Railway was not organized to earn money, but to bring people away from the gin bottle and out into the fresh air. “Connecting people with people and people with God” was the motto of lay preacher Thomas Cook. The price of the trip included a ham sandwich and a cup of tea in addition to the return trip. This trip, which can be seen as the forerunner of the package tours later organised by Cook, marked the beginning of mass tourism.

The Ups and Downs of the Business

Cook started advertising his journeys and organized further summer trips for church members. The business began flourishing and further railway companies agreed a partnership as long as he found enough passengers. Unfortunately, Cook as firstly not a very smart advertiser of his business wherefore he had to face bankruptcy in 1846. But luckily the Great Exhibition in London came up in 1851 and apparently he arranged trips for a total of 165000 people, this time not only church members. This success led him to organize journeys abroad and soon he took curious tourists to Egypt, the United States, or Italy, there were almost no limits. The first trip to mainland Europe took place in 1855. On 17 May 1861 Cook organised a trip for workers to Paris by train and ship. For the first time, expenses for board and lodging were included in the price. In 1866, Thomas Cook travelled to America for the first time. The great deals, Cook was able to negotiate, he made tourism affordable for almost everyone, and not only for the wealthy part of the society. Workers were able to explore Europe and beyond. 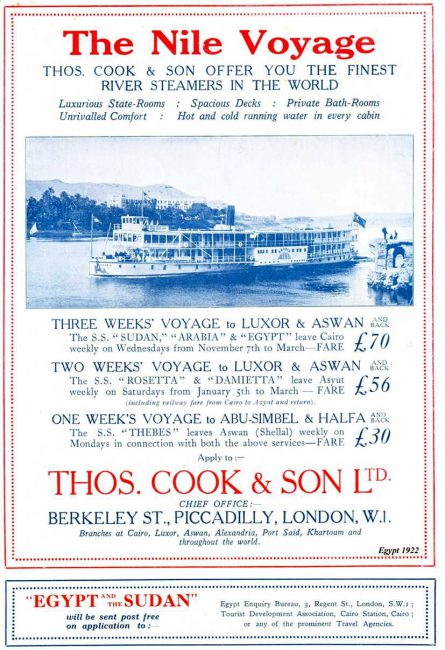 When Cook formed a partnership with his son, the business expanded but also often collided with his Christian beliefs. To manage these controversies, the entrepreneur opened a small temperance hotel above his office. Also he began selling traveling accessories, and developed new business models to make the trip as comfortable as possible. Thomas Cook made the first package tour in 1869. Participants in this trip, which led to Egypt and was led by himself, were British and Americans. In 1872 he organized a 222-day trip around the world, covering 40,000 km. Cook also organized the first Nile cruises in Luxor, which were regarded as one of the milestones in the history of mass tourism, as they were the first to be able to afford comparatively less wealthy people. He founded the first travel agency in 1845, introducing traveller’s cheques and hotel coupons. Thomas Cook and Son, the travel company he founded, was taken over by his enterprising son John Mason in 1879 despite a conflict-laden relationship and remained in family ownership from 1899 to 1928 after his death.