You are here: Home › explorer › Fabian von Bellingshausen and the Discovery of Antarctica 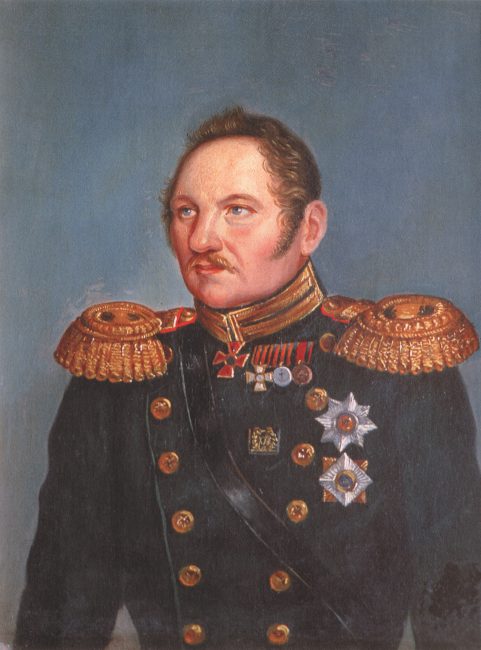 On January 25, 1852, Baltic German officer in the Imperial Russian Navy, cartographer and explorer Fabian Gottlieb von Bellingshausen passed away. He was a notable participant of the first Russian circumnavigation and subsequently a leader of another circumnavigation expedition, which discovered the continent of Antarctica. He is remembered in Russia as one if its greatest admirals and explorers, and multiple geographical features and locations in the Antarctic, named in honor of Bellingshausen, remind of his role in exploration of the southern polar region.

Fabian von Bellingshausen was born as son of Fabian Ernst von Bellingshausen and Anna Katharina von Folckern on the Estonian island Ösel into the German-Baltic noble family Bellingshausen. He entered the Naval Cadet School in Kronstadt in 1789 at the age of 11 as a cadet. In 1796 he made his first sea voyage to England. In 1797 he became a midshipman at sea in the Imperial Russian Navy. From 1803 to 1806 he served on the ship Nadezhda and took part in the first Russian circumnavigation of the world under A. J. von Krusenstern. After the voyage he was promoted to lieutenant commander and commanded various ships of the Russian Baltic Fleet and the Black Sea Fleet.

The Russian Expedition to the South

When Emperor Alexander I authorized an expedition to the south polar region in 1819, the authorities selected Bellingshausen to lead it as an experienced captain and explorer, and a prominent cartographer. The expedition was intended to explore the Southern Ocean and to find land in the proximity of the South Pole. Bellingshausen was in charge of two ships, the Vostok (East) and the Mirny (Peaceful). The crew’s objective was to explore as far south as possible and to engage in scientific work. The journey started from Kronstadt on 4 June 1819. They stopped briefly in England, where Bellingshausen met with Sir Joseph Banks, the president of the Royal Society. Banks had sailed with James Cook fifty years earlier and supplied the Russians with books and charts for their expedition.[6] Approximately in January 1820, Fabian von Bellingshausen sighted the coast of Antarctica and sailed towards Port Jackson, which they reached on April 11.

In 1819 Fabian von Bellingshausen was entrusted with the leadership of the first Russian expedition to the Southern Polar region, initiated by the Russian Tsar Alexander I. As captain of the corvette Vostok, he set off for Kronstadt in August together with the supply ship Mirny. On the outward voyage, the island nature of the South Sandwich Islands was recognized, which James Cook had considered to be areas of a larger land mass.[6] In the 751 days of the voyage the expedition discovered 29 new islands in the Pacific and Atlantic. Bellingshausen gained the reputation of being the discoverer of Antarctica because he first sighted the edge of an “ice continent” on 28 January 1820. Bellingshausen had described the ice shelf, which can be regarded as part of the Antarctic continent. In the course of the actual voyage, the southern polar circle was crossed six times and the Antarctic was circumnavigated. It was the second expedition after James Cook’s expeditions that advanced so far south. In August 1820, the 70th degree of latitude was reached and the Antarctic mainland was circumnavigated on a more southern course than Cook’s expedition. In 1821, the expedition discovered Alexander I Island off the Antarctic Peninsula and Peter I Island. Bellingshausen considered Alexander Island to be part of the Antarctic mainland. This mistake was not noticed and corrected until 1940. In August 1821 the ships of the expedition returned to Kronstadt across the Atlantic. 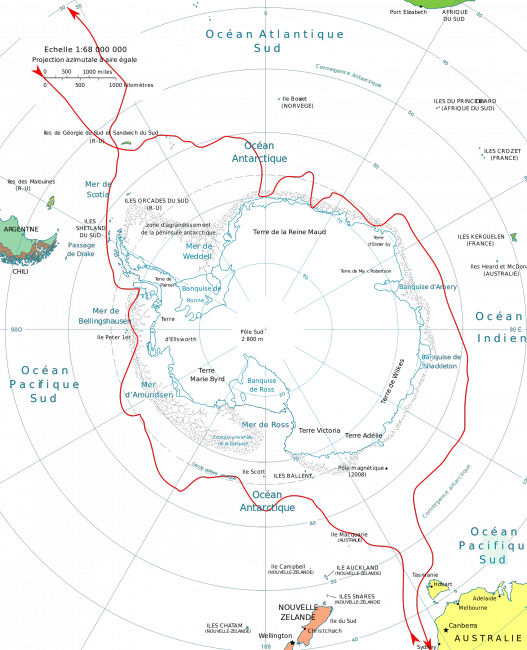 Career in the Russian Navy

After their return, Fabian von Bellingshausen was promoted to captain at sea and appointed head of the Baltic Fleet. Appointed Vice Admiral in 1828, he took part in the siege of the fortress of Varna during the Russian-Turkish War from 1828 to 1829. In 1839 he was appointed war governor and port commander of Kronstadt. In 1840 Bellingshausen was awarded the Alexander Nevski Order for his services. In 1843 Bellingshausen was promoted to admiral. The description of his South Polar expedition Double Investigation of the Southern Polar Ocean and the Voyage Around the World (Двукратные изыскания в южнополярном океане и плавание вокруг света) was published in Russian in St. Petersburg in 1831. Russians remember him as one of their greatest admirals and explorers. Multiple geographical features and locations in the Antarctic, named in honor of Bellingshausen, commemorate his role in the exploration of the southern polar region. Fabian von Bellingshausen became the military governor of Kronstadt, the naval base at the approaches of St Petersburg, from 1839, and died there in 1852 at age 73. On his desk was found a note – the last in his life. It read: “Kronstadt must be planted with such trees, which would bloom before the fleet goes to sea, so that a sailor gets a particle of scent of summer trees.”