You are here: Home › explorer › How James Weddell Discovered the Weddell Sea in the Southern Ocean 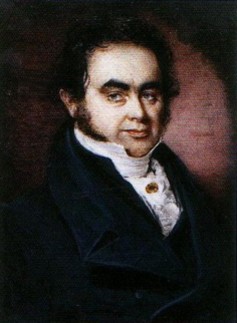 On August 24 1787, British sailor, navigator and seal hunter James Weddell was born. He sailed into a region of the Southern Ocean that later became known as the Weddell Sea. Also the Weddell seal was discovered and named in the 1820s during expeditions led by James Weddell.

Not much is known about James Weddell’s early life. He was the son of a Scottish upholsterer who came from Dalserf and lived in London with his wife Sarah Peace. The latter belonged to a well-known and respected Quaker family. His father died shortly after his birth and his older brother Charles Weddell joined the Royal Navy to provide for the family. James Weddell accompanied him on the Swan for six months at the age of nine. Charles probably settled in the West Indies, where he died in 1818. James apprenticed as a merchant and about 1805 went on a merchant ship bound for the West Indies, but on it quarreled with the captain and was subsequently turned over as a prisoner to the frigate Rainbow, charged with treason and mutiny. The latter took him to Jamaica. In Jamaica he joined the Royal Navy and was commissioned on the Firefly in 1810. In December 1811 he transferred to the Thalia, with which he returned to Britain and was disbursed. In the 1810s, James Weddell was aboard the Hope, capturing the American privateer ‘True Blooded Yankee‘. He was laid off after the Napoleonic War and resumed his merchant travels before volunteering for service in the Royal Navy in 1820.

First and second Voyage towards South

Weddell met the shipbuilder James Strachan already in 1819. He owned a 160-ton ship and Weddell set off as captain of the Jane to sail towards the Falkland Islands. The voyage was very profitable and his investors decided to have a second ship, the Beaufoy, built. From 1821 to 1822, Weddell led both ships to the newly discovered South Shetland Islands, however, it is believed that it was an unprofitable voyage and another was planned for sealing in the following year.

On September 17, 1822, the Jane along with 22 men and the smaller Beaufoy with 13 men departed from England. Unfortunately, the provisions were poorly estimated and the Jane was heavily damaged. Still, it is believed that Weddell was a great leader and explorer. The charts he prepared of the South Orkneys proved his accuracy and it is assumed that the crew was cheerful despite the hardships they went through. 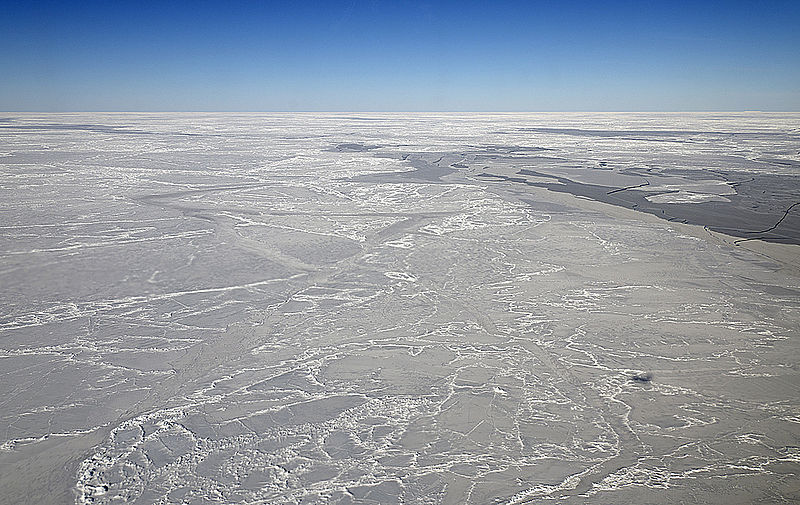 Scarred and chiseled sea ice in the Weddell Sea

The crew stopped at Madeira and Bona Vista, then crossed the equator, arriving at the Falkland Islands by December 19. Towards the end of the year, Weddell and his men sailed further south and reached the South Orkneys on January 13, 1823. In order to find more seals, the crew moved north at the end of January and hoped to find land between the South Orkneys and South Shetlands. However, things did not really go as planned and Weddell decided to head south once again in the cold and foggy weather. On February 20, Weddell determined his position to be some 214 miles further south than Cook had achieved and they finally were awarded with mild and clear weathers.[7] The men sighted a few icebergs and named the waters King George IV‘s Sea. The ships returned to England in July 1824 and it is assumed that Weddell’s record southing was not broken until the German explorer Wilhelm Filchner and his ship ‘Deutschland‘ entered the Weddell Sea and discovered Luitpold Coast and the Filchner-Ronne Ice Shelf in 1911. When Weddell reported on his voyage and his advance into the Southern Ocean, he was not believed at first, but he was able to prove it with maps. Strachan and Mitchell persuaded him to publish his voyage experiences in a book, which first appeared in 1825.

In 1826, Weddell offered the British Admiralty to repeat his voyage to the Southern Ocean if it would pay the costs. However, the Admiralty rejected this offer. Instead, Weddell again went on trade voyages in the warmer Atlantic waters, continuing to use the Jane. In 1829, on a voyage from Buenos Aires to Gibraltar, the ship leaked so that it had to anchor in the Azores and was discarded. Weddell and his crew were to be brought to Great Britain by another ship, but it crashed on the island of Pico, Weddell could only save himself by clinging to a rock.

The loss of Jane meant the financial ruin for Weddell, who was subsequently hired as ship captain again. He left London in 1830 on the Eliza, which went to Western Australia to the Swan River Colony and then to Hobart in Tasmania. In 1832 he returned to Great Britain, where he died in 1834 and was buried at St. Clement Danes Cemetery. In 1827 he was elected a member (Fellow) of the Royal Society of Edinburgh. James Weddell is the namesake of the Weddell Sea in the Southern Ocean as well as the Weddell Seal.