You are here: Home › medical science › Xavier Bichat – the Father of Histology 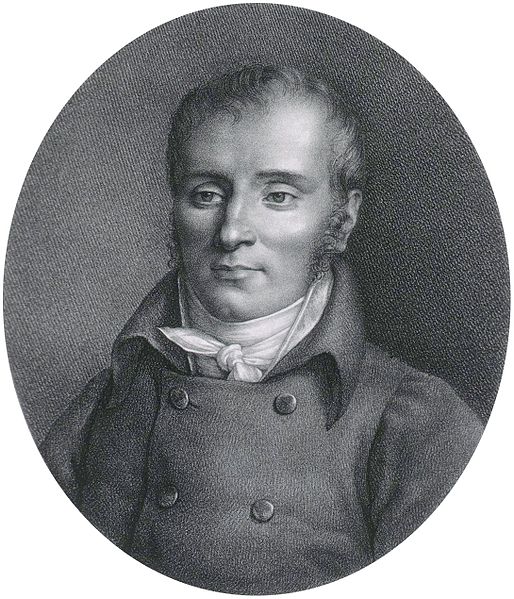 On November 14, 1771, French anatomist and pathologist Marie François Xavier Bichat was born. Bichat is known as the father of histology. Although working without the microscope, Bichat distinguished 21 types of elementary tissues from which the organs of human body are composed.

“Life is that group of functions which resist death.”
– Marie François Xavier Bichat

François Xavier Bichat was born the son of the doctor and mayor Jean Baptiste Bichat (1746-1812) and his wife Jeanne Rose Bichard (1741-1809). Bichat enrolled at the college of Nantua, and later studied at Lyon. Even though he was probably pretty well trained in mathematics and physical science, Bichat ultimately decided to study anatomy and surgery under the guidance of Marc-Antoine Petit, chief surgeon to the Hotel-Dieu at Lyon.

Due to the revolutionary disturbances, Bichat fled from Lyon and took refuge in Paris in 1793. Xavier Bichat met Pierre-Joseph Desault there, who became Bichat’s teacher and mentor and who was so impressed by the genius of Bichat that he took him into his house. For two years (until Desault’s death), he took active part in Desault’s work, at the same time pursuing his own research in anatomy and physiology. In 1796, Xavier Bichat and further colleagues formally founded the Société d’Emulation de Paris, which provided an intellectual platform for debating problems in medicine. After the death of Pierre-Joseph Desault, Bichat further completed the fourth volume of Desault’s Journal de Chirurgie to which he added a biographical memoir of its author. Another task of Bichat was to reunite and digest in one body the surgical doctrines which Desault had published in various periodical works. In 1797, one year after founding the Société d’Emulation de Paris, Bichat began a course of anatomical demonstrations, and his success encouraged him to extend the plan of his lectures, and boldly to announce a course of operative surgery.

The first use of the term brain death is attributed to Bichat. He differentiated, on the one hand, the dying of individual organs and, on the other, made important observations based on his decapitation experiments. Considerations he laid down in the Recherches physiologiques of 1800. To Xavier Bichat’s best known contributions to the science of medicine and physiology was his perception that the diverse body of organs contain particular tissues or membranes, and he described 21 such membranes, including connective, muscle, and nerve tissue. Up to his death Bichat had performed about 600 autopsies. The scientist did not use a microscope because he distrusted it and therefore his analyses did not include any acknowledgement of cellular structure.

A hemorrhage in 1798 forced him to stop his work for some time. From 1800 Bichat worked as a doctor at the Hôtel-Dieu in Paris. Bichat probably died in 1802 as a result of advanced pulmonary tuberculosis at age 30.

At a time when humoral pathology, which regarded diseases as the effect of a harmful mixture of body juices, was still established, Bichat sought to find the cause of diseases in body tissue.  His tissue pathology had a great influence in French medicine. His questions were taken up by contemporary physicians, anatomists and physiologists such as Philibert-Joseph Roux, Pierre-Augustin Béclard and Anthelme Richerand and incorporated into their own research. However, Bichat was able to form a significant bridge between the organ pathology of Giovanni Battista Morgagni [7] and the cell pathology of Rudolf Ludwig Carl Virchow.[4] The field of histology became a distinguished discipline during the 19th century and in 1906, the Nobel Prize in Physiology or Medicine was awarded to histologists Camillo Golgi [5] and Santiago Ramon y Cajal [7] who had dueling interpretations of the neural structure of the brain based in differing interpretations of the same images. Cajal won the prize for his correct theory and Golgi for the staining technique he invented to make it possible.