You are here: Home › medical science › Giovanni Battista Morgagni and the Science of Anatomy 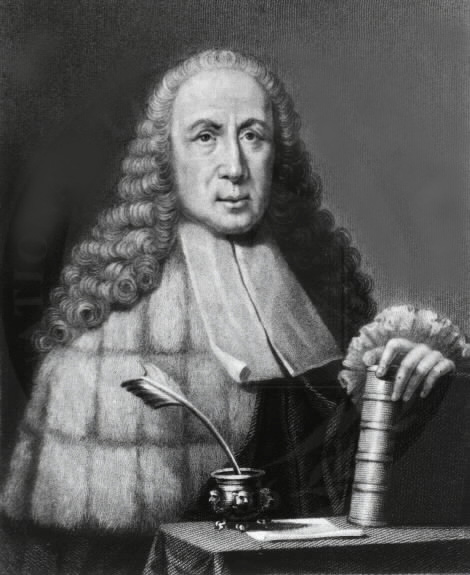 On February 25, 1682, Italian anatomist Giovanni Battista Morgagni was born. His works helped to make anatomy an exact science. Thus, he often is celebrated as the father of modern anatomical pathology.

Giovanni Battista Morgagni was born at Forli, in the Romagna and received a decent scientific education from early years. Already at the age of 14, Morgagni managed to read verses of his compositions and take part in debating philosophical questions at the local academy. He enrolled at the University of Bologna at the age of 16 and earned his Doctor’s degree in philosophy and medicine around 1701.

The Science of Anatomy

Although Morgagni never confined his scientific interest to medicine, his first chosen field of work was anatomy. He made his first publishment in 1706, titled ‘Adversaria Anatomica Prima‘. It contained new discoveries in anatomy and corrections of many errors of previous writers. The scientist then spent some time to research at Padua and Venice before being appointed professor of Theoretical Medicine at Padua. He was appointed Chair of Anatomy three years later. To one of his major works belongs ‘De Sedibus et Causis Morborum per Anatomen Indagatis‘ (Of the seats and causes of diseases investigated through anatomy), published in Venice in 1761. The work was published in five books printed as two folio volumes, which was reprinted several times: in its original Latin, French, English, and German. In it, Morgagni layed the foundations for pathological anatomy. He described the changes from regular condition found in the body after death from diseases of various kinds and also traced the connection between the lesions and the symptoms observed during life. 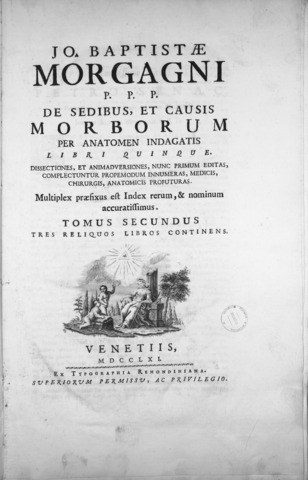 The results of about 640 sections, partly carried out by Morgagni’s students, are communicated in 70 letters. In accordance with Morgagni’s general approach of no longer attributing symptoms of illness to an imbalance of the four bodily fluids, as in the theoretical approach of ancient humoral pathology, but to organic causes, and to prove these empirically, the leading interest of the work is the identification and localization of organic causes of illness. This starts with the post-mortem examination (examination after death) of disease-related anatomical changes of the organs and attempts to narrow down the organic “seat” of the disease in this way. One of the methods Morgagni used, which contributes significantly to the success of his empirical approach, is the systematic comparison of pathological findings on different corpses with comparable disease histories. The work, which was translated into French (1765), English (1769) and German (1771), had a lasting influence on medicine throughout Europe and is considered the founding document of scientific pathology.

Standing on the Shoulders of Giants

The only special treatise on pathological anatomy previous to that of Morgagni was the work of Théophile Bonet of Neuchâtel, Sepulchretum: sive anatomia practica ex cadaveribus morbo denatis, “The Cemetery, or, anatomy practiced from corpses dead of disease“, first published in 1679, three years before Morgagni was born. Although the normal anatomy of the body had been comprehensively, and in some parts exhaustively, written by Vesalius [3] and Fallopius, it had not occurred to any one to examine and describe systematically the anatomy of diseased organs and parts. Harvey, a century after Vesalius, poignantly remarks that there is more to be learned from the dissection of one person who had died of tuberculosis or other chronic malady than from the bodies of ten persons who had been hanged.

Next to his works on medical science, Morgagni als published papers in archaeology, history, geography, and philology. Throughout his life and beyond, Giovanni Battista Morgagni received numerous academic dignities across Europe. His native town even placed a marble bust of him in its Council Hall during his lifetime, with an inscription describing him as “primus in humani corporis historia“. Morgagni was in personal and correspondence with a large number of scientists and scholars of his time and was a member of a number of scientific societies, such as the already mentioned Accademia degli Inquieti and the Leopoldina, but also of the Academies of Sciences in London (1724), Paris (1731), Saint Petersburg (1735) and Berlin (1754).

Plagues and history, by Chris Dobson and Mary Dobson, [7]