You are here: Home › medical science › Pavlov and the Conditional Reflex 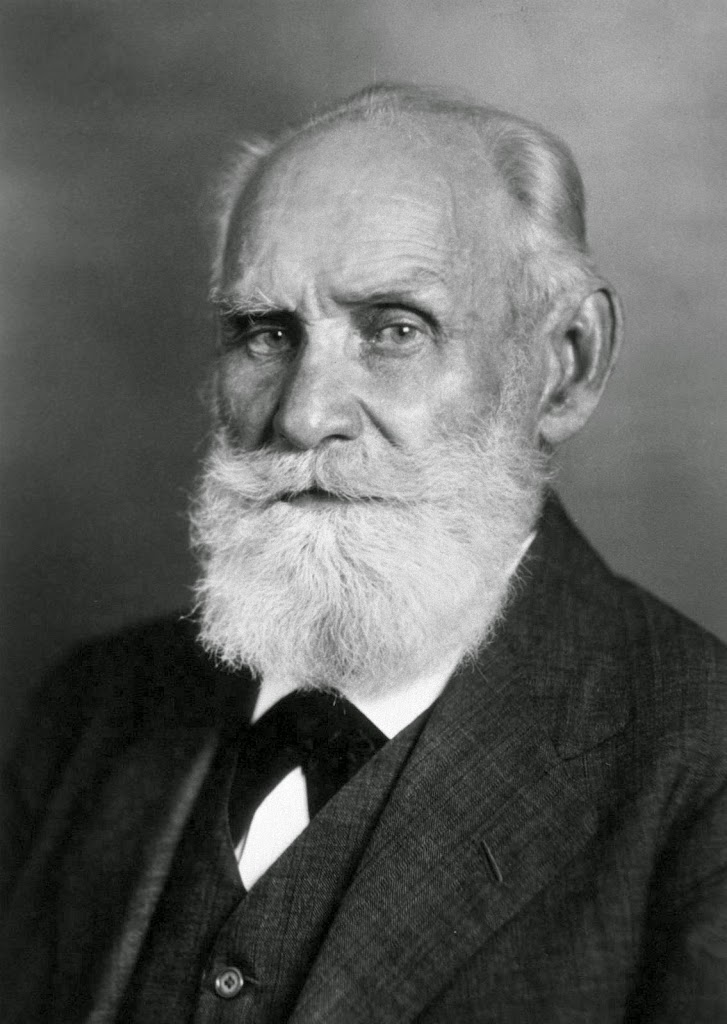 On September 27, 1849, Russian physiologist and Nobel Laureate Ivan Petrovich Pavlov was born. He is primarily known primarily for his work in classical conditioning. And what is the first thing you will think about when you hear Pavlov‘s name? Well, probably his experiments with dogs, where he conditioned dogs to salivate when hearing a bell ringing because they expected to get food. But, let’s take a closer look at Pavlov and his work.

“Science demands from a man all his life. If you had two lives that would not be enough for you. Be passionate in your work and in your searching.” – Ivan Pavlov

Ivan Pavlov, the eldest of eleven children, was born in Ryazan of the Russian Empire, to Peter Dmitrievich Pavlov, a village priest, and Varvara Ivanovna Uspenskaya, a devoted homemaker. Although able to read by the age of 7, Pavlov was seriously injured when he fell from a high wall onto stone pavement, and he did not undergo formal schooling until he was 11 years old as a result of his injuries. Pavlov attended and graduated from the Ryazan Church School before entering the local theological seminary. But, without graduating he went to attend the university at St. Petersburg where he enrolled in the physics and math department. In his fourth year, his first research project on the physiology of the nerves of the pancreas won him a prestigious university award. He proceeded to the Academy of Medical Surgery, where he obtained a position as a laboratory assistant to Professor Ustimovich at the physiological department of the Veterinary Institute. In 1879, Pavlov graduated from the Medical Military Academy with a gold medal award for his research work. In 1883, he presented his doctor’s thesis on the subject of The centrifugal nerves of the heart and posited the idea of nervism and the basic principles on the trophic function of the nervous system.

In 1890 Pavlov was invited to organize and direct the Department of Physiology at the Institute of Experimental Medicine. Under his direction, which continued over a period of 45 years to the end of his life, this Institute became one of the most important centers of physiological research. Also in 1890 Pavlov was appointed Professor of Pharmacology at the Military Medical Academy and five years later he was appointed to the then vacant Chair of Physiology, which he held till 1925. There, Pavlov developed the surgical method of the chronic experiment with extensive use of fistulas, which enabled the functions of various organs to be observed continuously under relatively normal conditions. This discovery opened a new era in the development of physiology, for until then the principal method used had been that of acute vivisection, and the function of an organism had only been arrived at by a process of analysis. With his method of research, Pavlov opened the way for new advances in theoretical and practical medicine.[1]

Pavlov’s observations led him to formulate his concept of the conditioned reflex. While researching the digestive function of dogs, he noted his subjects would salivate before the delivery of food. In his most famous experiment, he sounded a tone just before presenting dogs with food, conditioning them to begin salivating every time he sounded the tone. Pavlov published his results in 1903, and delivered a presentation on “The Experimental Psychology and Psychopathology of Animals” at the 14th International Medical Congress in Madrid, Spain, later that year.[2] Pavlov also discovered that these reflexes originate in the cerebral cortex of the brain.[3]

Pavlov received considerable acclaim for his work, including a 1901 appointment to the Russian Academy of Sciences and the 1904 Nobel Prize in Physiology. The Soviet government also offered substantial support for Pavlov’s work, and the Soviet Union soon became a well-known center of physiology research.[3] Conscious until his very last moment, Pavlov asked one of his students to sit beside his bed and to record the circumstances of his dying. He wanted to create unique evidence of subjective experiences of this terminal phase of life. Pavlov died of double pneumonia at the age of 86.

At yovisto you can learn more about the human mind in the TED talk of MIT Prof. Marvin Minsky on Health, Society, and the human mind.