You are here: Home › architecture › The Hyperbolic World of Vladimir Shukhov 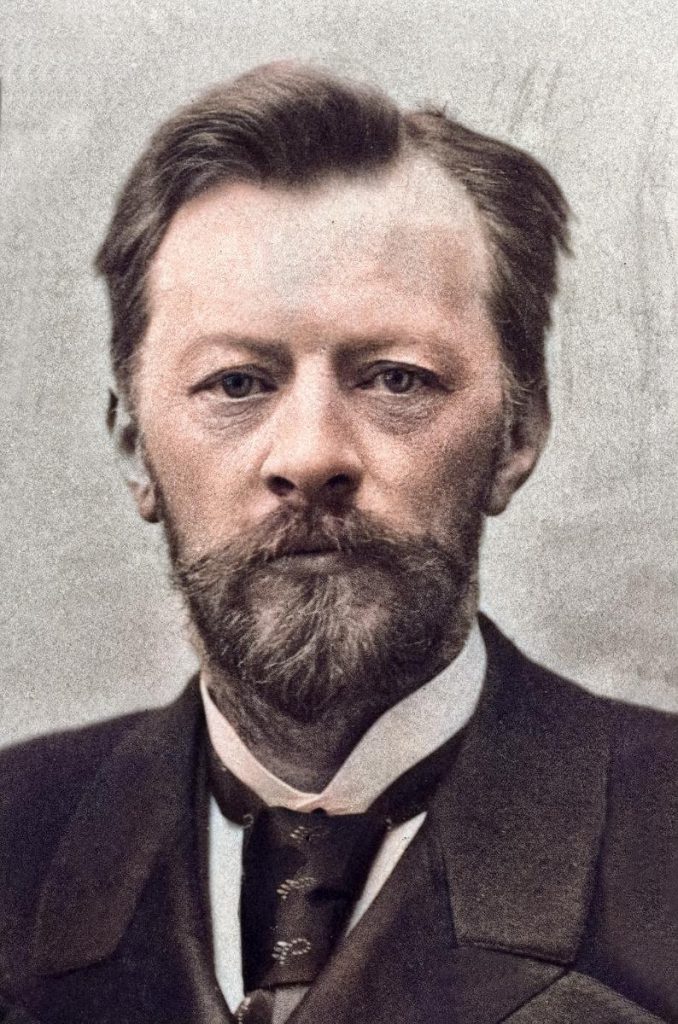 On August 28, 1853, Russian engineer-polymath, scientist and architect Vladimir Grigoryevich Shukhov was born. He is renowned for his pioneering works on new methods of analysis for structural engineering that led to breakthroughs in industrial design. He was one of the most outstanding designers and constructors of the 19th and 20th century. Moreover, he is considered as one of Russia‘s most important engineers.

Shukhov, son of Grigori Petrovich Shukhov, a lawyer and branch manager of the Russian State Bank, and his wife Wera Kapitonovna, née Poshidayeva, attended the St. Petersburg grammar school from 1863 to 1871, where his mathematical talents became apparent early on. Later he even became recognized as the Russian Thomas Edison.[5] In school, he solved complex problems, surprising his classmates as well as teachers. Unfortunately, he was still given a bad grande since he violated the rules from textbooks. Luckily, breaking conventions was what made him famous in later years with his extraordinary hyperbolic structures. In 1871 he began his studies at the Moscow Polytechnic, which he completed five years later with a gold medal. While still a student, he invented a special injection nozzle. 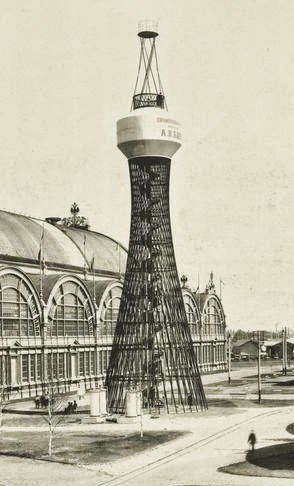 Excursion to the USA

He was then offered an assistant position at Pafnuti Lvovich Chebyshev,[6] but as the best student he was first sent as a member of a delegation of scientists to the United States to the Centennial Exhibition in Philadelphia in 1876 to learn about the industrial successes there. There he made the acquaintance of Alexander Veniaminovich Bari, a Russian-American entrepreneur who had already lived in the United States for several years, was involved in the construction of the exhibition buildings (with distinction) and now supervised the Russian delegation. In particular, he led them to metallurgical plants in Pittsburgh and railway companies.

After the return of the delegation from the United States, Shukhov worked from 1876 to 1878 at the Warsaw-Vienna Railway Company in St. Petersburg as a planner of locomotive halls. In addition, he began medical studies in the evening at the Military Academy of Medicine in St. Petersburg. The double burden, however, attacked his health, so that he finally gave up studying medicine and resigned his position at the Warsaw-Vienna Society. Bari, the entrepreneur he met in Philadelphia, who had returned to Russia with his family in 1877 and had founded a construction office in Moscow to enter the oil business in Baku, then convinced him to become a chief engineer in a start up company that focused on innovative engineering projects.Bari participated in the construction of railway lines, first with bridge constructions, later also with the construction of workshops, locomotive sheds, assembly halls, factories for locomotive and carriage construction and water towers. In addition to bridge constructions, around 1890 Schuchow turned his attention to the development of roof constructions with a minimum of material, work and time. The company built eight exhibition halls and a water tower for the 1896 All-Russian Industrial and Crafts Exhibition in Nizhny Novgorod. For this purpose, Shukhov constructed new hanging roofs and the hyperboloid lattice tower. His appearance at the World Exhibition in Paris in 1900 also made him well known in Western Europe. During this period, Shukhov also invented and patented the famous thermal cracking method that is used in the processing of crude oil.

In 1918 the Bari family emigrated to the United States in anticipation of the upcoming October Revolution, which Shukhov rejected. After the revolution, the Bari company was nationalized and Shukhov became a member of the management after the workers had elected him chief engineer. In the same year, Lenin commissioned him to build the Shabolovka radio tower, which was put into operation in 1922. He had also been a member of the State Planning Committee for Petroleum Industries since 1918. His reputation grew and Shukhov received numerous job offers, but eventually decided to remain in Russia, shaping the Soviet cities and culture. He continued working on his other major interest, photography. Shukhov paved the way for new standards in fine art photography and influenced several genres like landscapes, portraits and cities. In 1928 he, who had meanwhile become professor at the Moscow Polytechnic, became a corresponding member of the Russian Academy of Sciences and in 1929 an honorary member of the Academy and of the Moscow City Council. In 1929 he was awarded the Lenin Prize for his merits. In engineering, he became known for the slogan We should work independently from politics and soon retired surprisingly without getting arrested or prosecuted for his open criticisms. 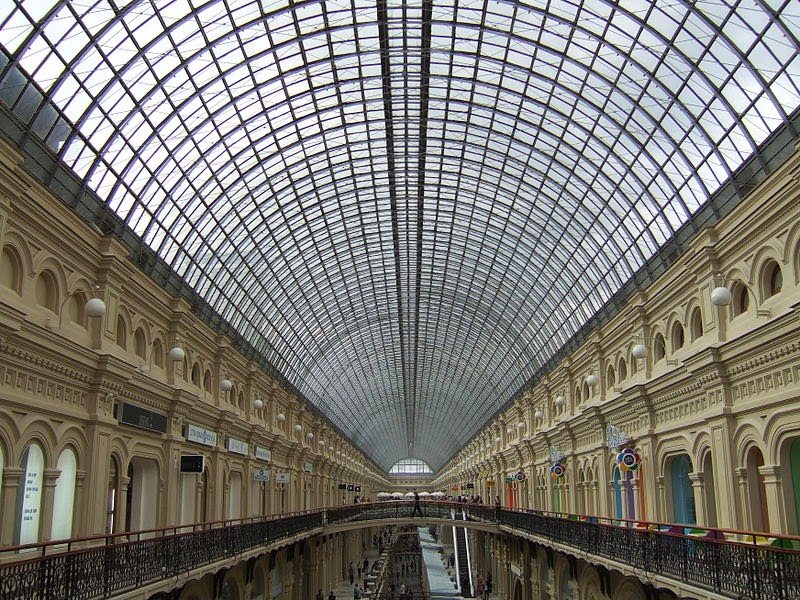 Shukhov was not only an amazing engineer in practice. He understood the importance of great theories in order to create innovative and thought out building and objects. He was able to design completely new oil tankers and complete oil pipelines. Shukhov and Bari together built new constructions as water supply systems which were used in numerous Soviet cities, saving numerous lives since infections were still on a high rate due to water system issues. Shukhov was able to design with the least amount of material and cost. His suspended roofs, arch constructions, rope nets, lattice shells and lattice towers in the form of hyperboloids (he invented the steel net tower) were innovative solutions that stood out for their simplicity and elegance of construction and for their unusual, bold design. He was a pioneer in the age of reforms and the beginning of industrialization and the subsequent revolutionary period. Long before Frei Otto, Richard Buckminster Fuller [9] and Santiago Calatrava, he was a leading exponent of biomorphic organic architecture.Shukhov is not only compared with Edison many times, but also with Gustav Eiffel [7], being an expert with metallic constructions that gave many Russian cities a whole new look.

Despite the amazing design, Vladimir Shukhov is responsible for and his major influence on beautiful and creative buildings, others did not so well in the eyes of James Kunstler. You may enjoy his TED Talk on ‘How bad architecture wrecked cities’ at yovisto academic video search.