You are here: Home › architecture › The Miraculous World of Buckminster Fuller 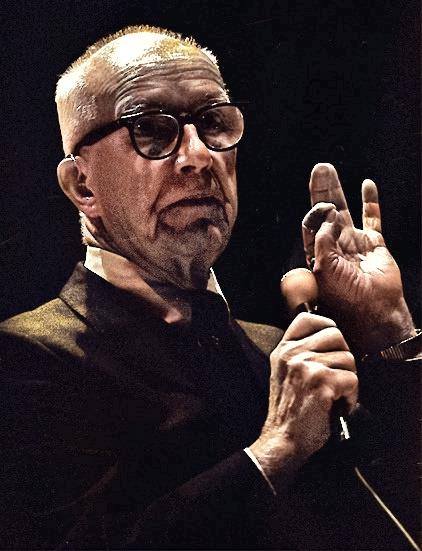 “The difference between mind and brain is that brain deals only with memorized, subjective, special-case experiences and objective experiments, while mind extracts and employs the generalized principles and integrates and interrelates their effective employment.”
– Buckminster Fuller (1963)

Buckminster Fuller came from a wealthy family. He was one of four children of leather goods dealer Richard Buckminster Fuller and his wife Caroline Wolcott Andrews. His cousin was the journalist and writer John Phillips Marquand, who received the Pulitzer Prize in 1938 for his novel Blessed Mister Apley. Fuller had essential problems with mathematics, especially geometry during his school time and preferred building small tools in the woods near his home. He later found that these experiences helped him find his interest in design, construction and the knowledge of which tools and materials to use. Fuller started his academic career at Harvard University in 1912, but was expelled from the institution twice. Firstly for spending all of his money on partying and secondly for showing no responsibility and interest.

Life is an Experiment

Luckily, Fuller was not only a thinker, but also a very practical man. In between his times at Harvard he served in the U.S. Navy as a radio operator and a crash rescue boat commander. After the war he started a company, building water and fireproof housing equipment together with his father in law but unfortunately failed. In the late 1920’s, Fuller was apparently bankrupt and without a jog. However, he decided to understand his further life as an experiment: He wanted to find out what a single person can do to change the world for the benefit of humanity. He began to document his life meticulously in a diary which he kept for half a century.

The Montreal Biosphère by Buckminster Fuller, 1967.

First success as Architect and Designer

“So long as mathematicians can impose up-and-down semantics upon students while trafficking personally in the non-up-and-down advantages of their concise statements, they can impose upon the ignorance of man a monopoly of access to accurate processing of information and can fool even themselves by thought habits governing the becoming behavior of professional specialists, by disclaiming the necessity of, or responsibility for, comprehensive adjustment of the a priori thought to total reality of universal principles.”
– Buckminster Fuller, “The Designers and the Politicians” (1962)

During his recovery, Buckminster Fuller worked as a interior designer and lecturer, which he proceeded until the late 1949. He worked at a College in North Carolina where he continued the project that would make him famous, the geodesic dome, which can mostly be seen at exhibitions, in science fiction films or as part of military installations (radar domes). They are based on a further development of the simplest geometric basic bodies (tetrahedra as a 3 simplex, octahedron and the densest ball packs) and are extremely stable and can be realised with the least amount of material. The design principle was patented in 1954. The first modern dome was built by Walther Bauersfeld functioning as the planetarium of the Carl-Zeiss works. Still, Fuller was awarded with the construction’s patents and is credited for its popularization. As soon as the U.S. government heard of Fuller’s achievements, his company was to build numerous for the Marines, wherefore thousands of domes were constructed globally. 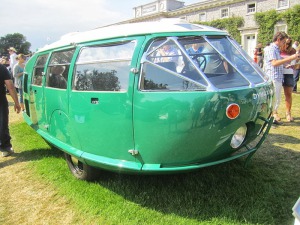 Next to the dome, Fuller spent lots of experimenting time and money on designing inexpensive housing and transportation items. For instance, he built prototypes of the so called Dymaxion, an aerodynamic car with three wheels and with seats for 11 people. His designed system was very energy efficient. Unfortunately, one of the prototyped got into a bad car accident, wherefore all research stopped and all investors stepped back. Fuller was one of the first to see the action of nature as a continuous systemic action under economic principles (material and energy efficiency and the associated tendency towards ephemeralisation). Another important aspect for him was the discovery of exploitable synergies, a concept he helped to shape.

“The opposite of nature is impossible.”
– Buckminster Fuller, Public lecture at Columbia University (Spring 1965)

Despite a few setbacks, Buckminster Fuller’s reputation grew globally. His understanding of the world and its functionality was revolutionary at his time. He believed that at some point, humanity would rely on renewable energy sources. He became the ‘Humanist of the Year 1969′ and was awarded with a total of 28 patents and several honorary doctorate degrees. He worked as a designer, scientist, researcher, developer and writer, propagating global and cosmic views at an early stage, as in “Instruction Manual for the Spaceship Earth”. He examined the meaning of life in the modern age with the question of the “integral function of man in the universe”. His methods and technical constructions developed in later years attempt to further develop minimal principles in the fields of technology in order to provide the means for the sustainable further development of our civilization in order to avoid the “cosmic bankruptcy” of mankind. This purpose was also served by the propagation of the World Game, which – in contrast to conflict simulations – should practically show how spontaneous cooperation can improve the lives of all people.

Buckminster Fuller defined knowledge as the real wealth in society. He promoted sustainability in every aspect of life, beginning from transportation, housing going furtherly to education and global energy sources. Even though he often warned contemporary academics about the dangers in case humans would continue living the way they did, he never gave up on the people stayed optimistic towards humanity’s future. Buckminster Fuller died in on July 1, 1983 in Los Angeles, at age 87. After him was named the third known elementary modification of carbon, the fullerenes, whose chemical structure is reminiscent of its domes. The so far best researched fullerene C60 is also called Buckminster fullerene or Bucky Ball.