You are here: Home › engineering › Raymond Loewy – the Father of Streamlining 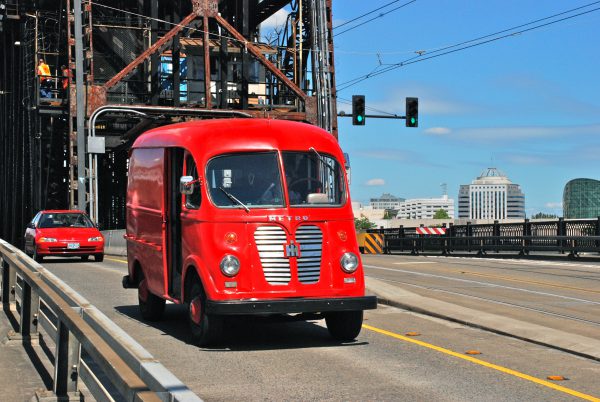 On November 5, 1893, French-born American industrial designer Raymond Loewy was born. Loewy achieved fame for the magnitude of his design efforts across a variety of industries. He is known as the “Father of Streamlining.” Among his designs were the Shell, Exxon, TWA and the former BP logos, the Greyhound Scenicruiser bus, Coca-Cola vending machines, the Lucky Strike package, Coldspot refrigerators, the Studebaker Avanti and Champion, and the Air Force One livery.

Loewy’s parents were Maximillian “Max” Löwy (1860-1919), a journalist from Vienna who grew up in France, and his French-born wife Marie Labalme. His grandparents were born in Hungary. From 1905 to 1910, Loewy studied engineering at the University of Paris. During World War I, he served in the Corps of Engineers and as a liaison officer to the American Expeditionary Forces. He attained the rank of a captain and was awarded the Croix de guerre and the Commander’s Cross of the Legion of Honor. After his parents died of Spanish flu in 1919, his two older brothers emigrated to the United States.

In September 1919, he followed them to the USA. They wanted to find him a job with General Electric. When, during the crossing on the S.S. France, the captain held an auction to benefit the families of shipwrecked sailors, he had nothing to offer and produced an ink drawing of an attractive, modern-dressed passenger on the promenade deck. The auctioneer, the British Consul General in New York, Harry Gloster Armstrong, suggested he work in commercial art and gave him a referral to a magazine editor friend in New York City. In New York, Loewy first worked as a window designer for department stores (e.g. Macy’s) and was fashion illustrator for Vogue and Harper’s Bazaar. Raymond Loewy received his first industrial-design commission to contemporize the appearance of a duplicating machine by Gestetner in 1929. He also opened a London office in the mid-1930s. 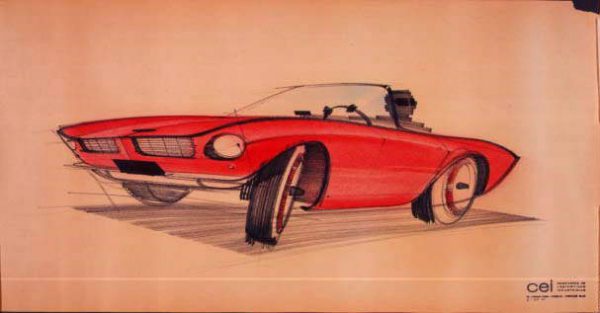 Around 1937, Raymond Loewy was able to establish a contact to the Pennsylvania Railroad. He created several designs for the company, his most famous being the passenger locomotives. He designed a streamlined shroud for K4s Pacific #3768 to haul the newly redesigned 1938 Broadway Limited. He followed by styling the experimental S1 locomotive, as well as the T1 class. He also restyled the Baldwin’s diesels with a distinctive “sharknose” reminiscent of the T1. Next to the famous locomotive designs, Loewy also provided designs for the passenger-car interiors, and advertising materials. 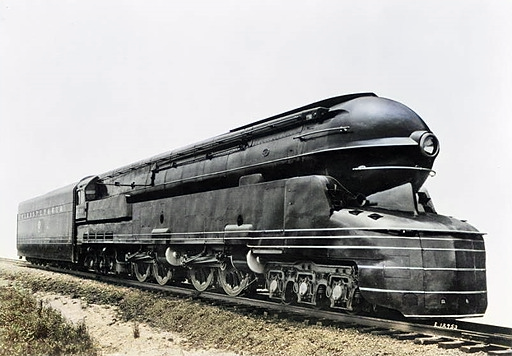 Loewy also designed numerous automobiles, such as for Studebaker and the 1954 Greyhound bus Scenicruiser, as well as the Shell shell. One of his most famous design maxims and also the title of his autobiography was Never leave well enough alone. Another he called the MAYA principle, where the four letters stand for Most Advanced, Yet Acceptable.  After the assassination of John F. Kennedy, Raymond Loewy’s office was commissioned to design a commemorative stamp. For $500, he accepted the commission and designed the 5-cent John Kennedy stamp in 1964. For the Soviets he designed a tractor.

Working for the NASA

Raymond Loewy worked for NASA from 1967 to 1973 as a Habitability Consultant for design of the Skylab space station,[6] launched in 1973. One of NASA’s goals in hiring him was to improve the psychology, safety, and comfort of manned spacecraft. Due to long duration confinement in limited interior space in micro-g with almost non-existing variability in environment, the comfort and well-being of the crew through the use of aesthetics played high importance. Loewy suggested a number of improvements to the layout, such as the implementation of a wardroom, where the crew could eat and work together, the wardroom window, the dining table and the color design, among others. A key feature of Raymond Loewy’s design for the sleep compartments was that the floor plan for each of the three was different to create a sense of individual identity for each compartment.