You are here: Home › literature › Fyodor Dostoyevsky – Crime and Punishment 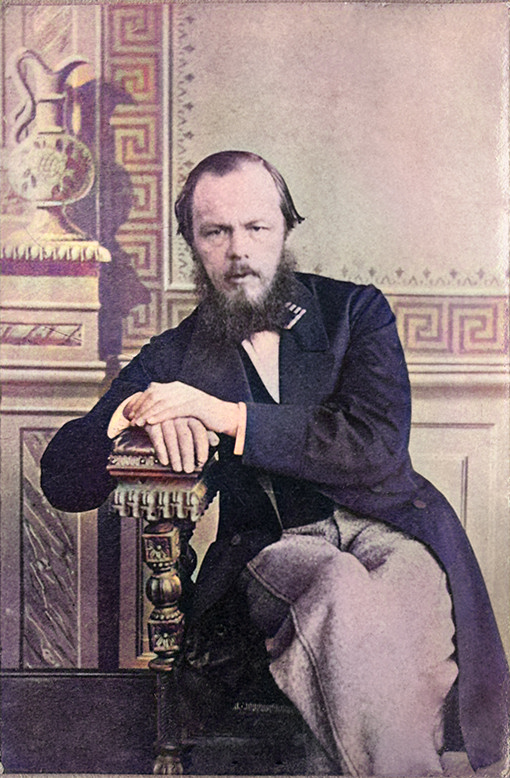 On February 9, 1881, famous Russian novelist, short story writer, and essayist Fyodor Dostoyevsky passed away in St. Petersburg, Russia. Dostoyevsky‘s literary works explore human psychology in the troubled political, social and spiritual context of 19th-century Russia and is considered to be one of the greatest and most prominent psychologists in world literature.

The very first piece of literature I read from Dostoyevsky was the short parable ‘The Grand Inquisitor‘, which is part of the famous novel ‘The Brothers Karamazov‘. It is a very peculiar little story about Jesus Christ, who comes back and appears in the market place of the Spanish city of Seville in the times of the Inquisition. He performs several of miracles and the people recognize him and adore him, but he soon is arrested by the Inquisition. Sentenced to be burnt to death the next day, the Grand Inquisitor visits him in his cell to tell him that the Church no longer needs him. Really the story deeply moved me and I knew that I simply have to read more from this unique Russian author.

“To be a human being among human beings, and remain one forever, no matter what misfortunes befall, not to become depressed, and not to falter–this is what life is, herein lies its task.” (The Brothers Karamazov)

Fyodor Dostoyevsky was born on 30 October 1821 (11 November 1821, according to the Gregorian Calendar) as second child of Mikhail Dostoyevsky and Maria Nechayeva, a Lithuanian noble family from the Pinsk region with roots dating to the 16th century. Dostoyevsky grew up in a middle-class family in Moscow. His father, a former army surgeon, was a tyrant toward his family, and his mother was a mild, pious woman who died before Dostoyevsky was sixteen. Young Dostoevsky lived with his family in an apartment located on the property of Mariinksy Hospital. Thus, he grew up amid an orphanage, an insane asylum, and a cemetery for criminals. Although, his parents forbade him from interacting with the patients, Dostoyevsky often disobeyed and went to the hospital gardens to talk with the ill.

“To study the meaning of man and of life — I am making significant progress here. I have faith in myself. Man is a mystery: if you spend your entire life trying to puzzle it out, then do not say that you have wasted your time. I occupy myself with this mystery, because I want to be a man.”
Personal correspondence (1839), as quoted in Dostoevsky: His Life and Work (1971) by Konstantin Mochulski

At age 16, Dostoevsky enrolled in the Nikolayev Military Engineering Institute and moved to Saint Petersburg to attend classes. In the same year in 1837, his mother died from tuberculosis, followed two years later by his father, who is said to be murdered by his own serfs, restricting his movement and drowning him by pouring vodka down his throat. After graduating from engineering school as lieutenant and a military engineer Dostoyevsky chose a literary career. His first published work was a translation of Honoré de Balzac‘s [1] novel Eugenie Grandet that appeared in a St. Petersburg journal in 1844.

Two years later in 1846, he published his first novel, Poor Folk, a naturalistic tale with a clear social message as well as a delicate description of life’s tragic aspects in everyday existence. In the same year he joined a somewhat subversive (antigovernment) group called the Petrashevsky Circle, a group of utopian socialists, where he associated himself with the most radical element. In 1849, he among the other members was arrested and sentenced to death. He was placed in solitary confinement in the Petropavlovsky Fortress for eight months. In the last minute, the sentence was commuted to imprisonment in Siberia, where Dostoevsky spent four years in hard labor and four years as a soldier in Semipalatinsk. Classified as “one of the most dangerous convicts“, Dostoyevsky had his hands and feet shackled until his release. He was only permitted to read his New Testament bible. In addition to his seizures, he had haemorrhoids, lost weight and was “burned by some fever, trembling and feeling too hot or too cold every night“.

Back in St Petersburg

Finally, in 1859, Dostoevsky returned to St. Petersburg as a writer with a religious mission and an unhealthy wife, Maria Issaeva, a widow whom he had married in Siberia. Their marriage was not happy. His prison experiences, as well as his life after prison among the urban poor of Russia, would provide a vivid backdrop for much of his later work. Being released, he began a fourteen-year period of furious writing, in which he published many significant texts, among them The House of the Dead, (1862) a fictional account of prison life, The Insulted and Injured, which reflects the author’s refutation of naive Utopianism in the face of evil, or Notes from the Underground, (1864) a short novel generally considered the preface to Dostoevsky’s great novels, where Dostoevsky attempts to justify the existence of individual freedom as a necessary part of humankind. 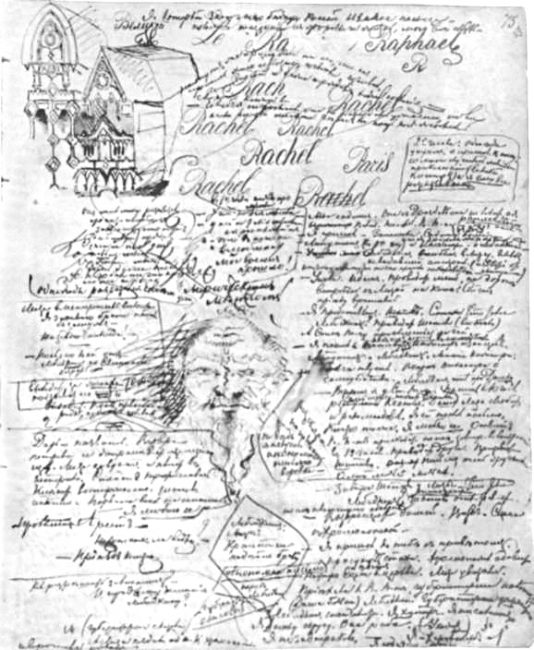 When Dostoevsky’s first wife died in 1864, he married Anna Grigorievna Snitkina, his secretary and stenographer. This second marriage brought Dostoevsky professional and emotional stability. In 1866 Dostoevsky published the most popular of his novels, Crime and Punishment, as well a serious and complex work of art as also a detective story. The novel is concerned with the murder of an old woman by a student, Raskolnikov, while he is committing robbery in an attempt to help his family and his own career. The murder occurs at the very beginning of the novel, and the rest of the book has to do with the pursuit of Raskolnikov by the detective Porfiry and by his own conscience. In the end he gives himself up and decides to accept the punishment for his crime. With creditors at his heels in 1867, Dostoevsky and his wife started to travel and stayed away from Russia for more than four years. Their economic condition was very difficult, and Dostoevsky repeatedly lost what little money they had with gambling. The Idiot was written between 1867 and 1869, and Dostoevsky stated that in this work he intended to portray “the wholly beautiful man“, a good man who attempts to live in a society gone wrong, and it is uncertain whether he will succeed.

“I am a ridiculous person. Now they call me a madman. That would be a promotion if it were not that I remain as ridiculous in their eyes as before. But now I do not resent it, they are all dear to me now, even when they laugh at me — and, indeed, it is just then that they are particularly dear to me.”
Fyodor Dostoyevsky, The Dream of a Ridiculus Man, 1877

Two months before his death, Dostoevsky completed the epilogue to the greatest of his novels, The Brothers Karamazov (1880), which was published in serial form in the Russian Messenger. Fyodor Dostoevsky died on January 28, 1881, of complications related to his epilepsy. His funeral procession attracted more than 40,000 people, as Russia mourned the death of one of its significant literary heroes.