You are here: Home › mathematics › Pafnuty Chebyshev and the Chebyshev Inequality 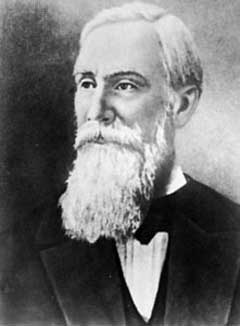 On May 16, 1821, Russian mathematician Pafnuty Lvovich Chebyshev was born. Chebyshev is remembered primarily for his work on the theory of prime numbers, including the determination of the number of primes not exceeding a given number. Moreover, he is noted for his work in the fields of probability, statistics, mechanics, and number theory.

“To isolate mathematics from the practical demands of the sciences is to invite the sterility of a cow shut away from the bulls. “
Pafnuty Chebyshev, quoted in G Simmons, Calculus Gems (New York 1992).

Chebyshev came from the family of the large landowner Lev Pavlovich Chebyshev. He was one of nine children; in 1832 he moved with his family to Moscow, where he was taught by one of the best private mathematics teachers, P. N. Pogorelski. In 1837 he began to study at Moscow Lomonosov University with Nikolai Dmitrievich Braschman (with whom he also heard about probability theory) and Nikolai Zernov. In 1846 he defended his master’s thesis, in 1847 he submitted his dissertation in St. Petersburg (pro venia legendi) “On integration with the help of logarithms”, whereupon he got a position as assistant professor of mathematics at the University of St. Petersburg.  He was supported in St. Petersburg by Viktor Yakovlevich Bunyakovsky, with whom he published the number theory works of Leonhard Euler in 1849.[4] Finally, in 1849, he defended his famous doctoral thesis (habilitation thesis) “Theory of Congruencies“, which was published as a book and translated into several languages.

In 1850 he became an associate professor in St. Petersburg, in 1860 a full professor. In St. Petersburg he lectured on algebra, analysis, number theory and probability theory. Between 1852 and 1858 Chebyshev taught practical mechanics at the Alexander Lyceum, among other things, during his teaching activities in St. Petersburg. Chebyshev spoke very well French and also wrote his mathematical works mostly initially in French. He also had early contact with French and foreign mathematicians and later regularly visited the mathematical centres in Western Europe. The Paris academy elected him corresponding member in 1860 and full foreign member in 1874. In 1893, he was elected honorable member of the St. Petersburg Mathematical Society, which had been founded three years earlier.

For example, it can be used to prove the weak law of large numbers. Even though the theorem is named after Chebyshev, it was first formulated by his colleague Irénée-Jules Bienaymé who first stated the theorem without proof in 1853. Pafnuty Chebyshev later provided the proof and his student Andrey Markov provided another proof in his 1884 Ph.D. thesis.[5] Further, the Bertrand–Chebyshev theorem states that for any n > 1, , there exists a prime number p such that n < p < 2 n. This is a consequence of the Chebyshev inequalities for the number π(n) of prime numbers less than n, which state that π(n) is of the order of n/log(n). A more precise form is given by the celebrated prime number theorem: the quotient of the two expressions approaches 1 as n tends to infinity. Chebyshev is also known for the Chebyshev polynomials and the Chebyshev bias – the difference between the number of primes that are congruent to 3 (modulo 4) and 1 (modulo 4).

Chebyshev is considered as one of the founding fathers of Russian mathematics. Among his well-known students were the mathematicians Dmitry Grave, Aleksandr Korkin, Aleksandr Lyapunov, and Andrei Markov. According to the Mathematics Genealogy Project, Chebyshev has 12,252 mathematical “descendants” as of 2018.[7] Other topics to which he contributed were the construction of maps, the calculation of geometric volumes, and the construction of calculating machines in the 1870s. In mechanics he studied problems involved in converting rotary motion into rectilinear motion by mechanical coupling. The Chebyshev parallel motion is three linked bars approximating rectilinear motion. He wrote many papers on his mechanical inventions; Lucas exhibited models and drawings of some of these at the Conservatoire National des Arts et Métiers in Paris.[1]

He retired in 1882, but continued to work at the St. Petersburg Academy, maintaining an open house once a week for his many former students. Chebyshev died in St Petersburg on 26 November 1894.