You are here: Home › aviation › Umberto Nobile and his Airships 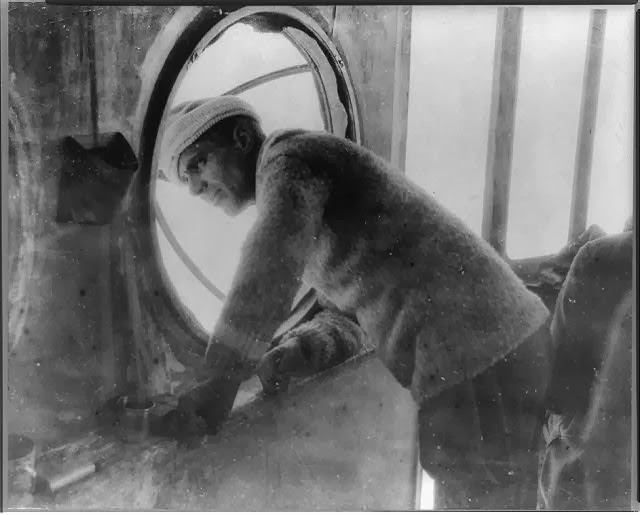 Umberto Nobile (1885-1978), designer of the “Norge” watching her departure from the base at Spitsbergen, from forward control car , 1926

On January 21, 1885, Italian aeronautical engineer and Arctic explorer Umberto Nobile was born. He was a developer and promoter of semi-rigid airships during the Golden Age of Aviation. Nobile is primarily remembered for designing and piloting the airship Norge, which may have been the first aircraft to reach the North Pole.

Born in Lauro, southern Italy, the son of Vincenzo Nicolò Francesco Nobile delle Piane, descendant of a cadet branch of the noble family Delle Piane established in southern Italy, Umberto Nobile graduated from the University of Naples with a degree in engineering and began working on the electrification of the public rail system shortly after. However, the engineer soon increased his interest in aeronautics and took classes offered by the Italian Army. Nobile was inspired by Ferdinand von Zeppelin.[6] In 1915, when Italy entered the First World War, the 29-year-old small, thin Nobile was rejected by the military three times because he was considered physically unfit. Nevertheless, thanks to his technical abilities, he managed to enter the service of the military. He was given the rank of lieutenant colonel. Already during the First World War the construction of the first airships began, but they were no longer used because the war had ended before.

The Design of Airships

Nobile also had an airship license, which qualified him as a test pilot for guiding airships. He also worked as an instructor and taught aerodynamics at the University of Naples. He started designing aircraft for the Italian Army, which was known to be quite ahead of many others and already used airships during the Italo-Turkish War for bombing and reconnaissance. In the following years, Umberto Nobile co-founded a company called the Aeronautical Construction Factory. Their first project was the construction of an aircraft designed for trans-Atlantic crossings. The airship was then sold to the Italian military.

The famous Norwegian explorer Roald Amundsen planned his expedition to the North Pole in 1925, which he already attempted previously. Unfortunately, the planes they used were forced to land and put the crew on high dangers. This time, Amundsen turned to Nobile, who made the N-1 aircraft available for the expedition in spring of 1926. Nobile himself was supposed to be its pilot and Amundsen named the plane Norge. On April 14, the crew left and managed to fly over the Pole in May. They landed in Alaska thinking that their competitor Richard Byrd reached the Pole first [5]. However, later on it was found that Byrd’s flight diary which showed that navigational data in his official report was fraudulent. 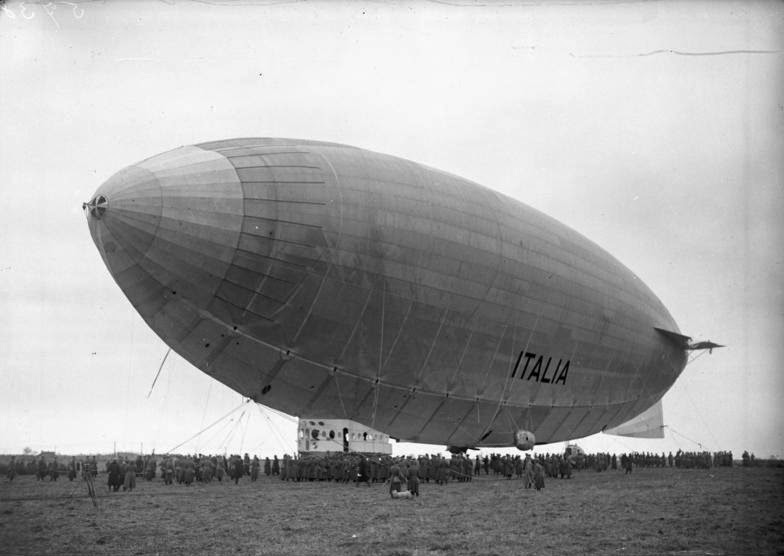 After the successful mission, Umberto Nobile started planning another expedition under Italian control and without the participation of Amundsen. Meanwhile, the competition increased rapidly and Nobile’s staff was often subjected to intimidation. When his new expedition plans were announced, Italo Balbo is said to have commented: “Let him go, for he cannot possibly come back to bother us anymore“. The airship Italia was flown by Umberto Nobile himself, who was also the expedition’s leader. Unfortunately, the ship ran into a storm after reaching the North Pole and crashed into pack ice on May 25, 1928. Ten of the 16 crew members were thrown out of the airship, one expedition member was killed and the others were injured severely. Nobile himself suffered from several broken bones, others managed to salvage some equipment including s radio transceiver and food. The lightened airship quickly rose again with the six men remaining on board. No trace of them was ever found.

On 2 June 1928 the Russian radio amateur Nikolai Reinholdowitsch Schmidt received an SOS call from the Nobile North Pole Expedition. An international rescue operation took place, but Mussolini did not want Amundsen to take part. Therefore he started his own rescue flight with the help of a French loan, a Latham 47 seaplane. After a short stopover in Bergen we went on to Tromsø. On June 18 Amundsen and pilot Leif Dietrichson got on here. The plane flew to Spitsbergen after several take-off attempts, but never arrived there. One found later a swimmer, who came undoubtedly from the Latham 47, as could be determined by repairs, which had been carried out in Bergen before the start. After the damage, it was suspected that the machine had hit the water hard.

Lieutenant Einar Lundborg was the first to reach the crash site with his plane but refused to take anyone but Umberto Nobile with him, who was unable to move due to broken bones. After the explorer and engineer was rescued, Lundborg returned to pick up more survivors. Unfortunately, his plane crashed during the landing as well and Lundborg was trapped with the other five crew members. After his rescue, Nobile offered his help in order to find his crew but instead he was arrested and it was wrongly reported in Fascist Italian newspapers that his own evacuation was an obvious sign of cowardice. The last five men of his crew were rescued by the Soviet icebreaker Krasin after almost 50 days on the ice on July 12, 1928.

Nobile was later strongly attacked by the public because he was accused of being responsible for the crash of the airship and that he had himself rescued first as expedition leader. He defended himself by saying that the Swedish pilot had the strict order to rescue him first, but he was not believed, and they wanted nothing more to do with him in Italy. Umberto Nobile later worked in the Soviet Union, as well as in the United States and Spain. In the 1940s, he returned to Rome and was reinstalled in his former rank as major general, but promoted him to lieutenant general. Umberto Nobile passed away on July 30, 1978 in Rome at age 93.