You are here: Home › aviation › Ernst Heinkel and His Obsession with Highspeed Aircraft

Ernst Heinkel was born in Grunbach, today a part of Remshalden, Germany. As a young man he was apprenticed as machinist at a foundry. In the autumn semester of 1907 Ernst Heinkel began his studies at the Technical University of Stuttgart in the field of mechanical engineering. As a student he experienced the accident of the Zeppelin LZ 4 on 5 August 1908 in Echterdingen near Stuttgart and it became clear to him that the future of aviation lay in aircraft. After the accident, he became involved in aircraft construction, which gradually began in Germany. In 1909 he attended the first international air show in Germany in Frankfurt am Main. Around 1910, Heinkel built his first aircraft inspired by the planes of Henri Farman.[5] However, one year later his plane crashed and Ernst Heinkel was injured severely. Despite the accident, Heinkel now knew that he wanted to build airplanes. Still, he was employed at Luft-Verkehrs Gesellschaft and later Albatros. Ernst Heinkel designed the Albatros B-II, a reconnaissance aircraft used during the early stages of the First World War. During the war, Heinkel’s planes were used by the Austro-Hungarian army and Germany‘s Kaiserliche Marine. Starting from 1914, Heinkel was employed by Hansa-Brandenburg where he designed land- and seaplanes. 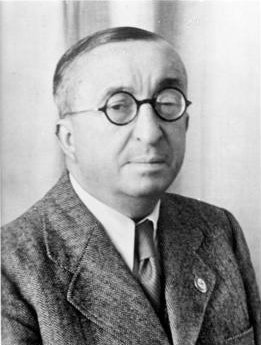 In 1922, Ernst Heinkel founded the Heinkel-Flugzeugwerke company at Warnemünde. However, due to the restrictions placed on German aircraft manufacturing by the Treaty of Versailles, Heinkel looked overseas for contracts, with some seaplane designs being licence-built in Sweden and working on catapult-launched seaplanes for the Imperial Japanese Navy. Heinkel’s relationship with Japan was believed to be especially close, since the Japanese government apparently helped Heinkel to cover up his violation of the Versailles Treaty, which banned the construction of military aircraft in Germany.

The Fastest Passenger Aircraft of its Time

The Heinkel He 70, a single engine airliner, developed on behalf of Deutsche Lufthansa, was by far the fastest passenger aircraft of its time. The He 70 was the result of a demand by Lufthansa and Swissair for a faster aircraft to compete with the US Lockheed Vega on short-haul flights. In many respects, the aircraft represented a milestone in aviation history. Its aerodynamic line was far ahead of its time. It was also the world’s first European aircraft or commercial aircraft with retractable landing gear. In 1932, the aircraft already reached a speed of over 370 km/h, with more powerful British Rolls-Royce engines then over 400 km/h. The aircraft was also the fastest passenger aircraft of its time. Due to his pioneering achievements in the field of aerodynamic improvements of the airframe, Ernst Heinkel was awarded an honorary doctorate by the Technical University of Stuttgart in 1925 and by the University of Rostock in 1932.

After the National Socialists seized power in Germany in 1933, Heinkel became a member of the NSDAP In the same year, the new German Air Force, which had been kept secret for the time being, began commissioning aircraft factories to develop and manufacture combat aircraft. The He 111, a twin-engined bomber originally planned as a commercial aircraft, attracted particular attention by the Luftwaffe leadership. In Oranienburg (Heinkel-Werke Oranienburg) near Berlin, between 1936 and 1937, a large factory was built especially for the production of the He 111, which was presented during state visits as a model factory and symbol of German industrial achievement. In that period, the Heinkel company built the Heinkel He 59, the Heinkel He 115 and the Heinkel He 111 and Heinkel was announced defence industry leader for his commitment to rearmament.

Ernst Heinkel was obsessed with the idea of developing high-speed aircraft. Since he was enthusiastic about exploring alternative forms of aircraft propulsion and donated aircraft to Wernher von Braun who was back then researching rocket propulsion for aircraft. In 1938 the He 176, the world’s first rocket aircraft powered by liquid propellant, was tested. He also sponsored the research of Hans von Ohain into turbojet engines, which led to the flight of the Heinkel He 178, the first aircraft to fly solely under turbojet power by Erich Warsitz in 1939.[4]

Even though Heinkel is believed to have been criticizing Adolf Hitler’s regime and his politics forbidding to employ Jewish workers. However, Heinkel was a member of the Nazi Party and used forced Jewish labor starting in 1941. Ernst Heinkel was the type of a solitary inventor entrepreneur and pursued a company strategy of acquiring new plants and areas of activity. However, with the speed of his research he set, he attracted criticism from leading representatives of the armaments industry and finally had to submit to a financial consolidation prescribed by the armaments authorities, which was reflected in the founding of “Ernst Heinkel AG” (EHAG) in 1943. With the construction of the AG, Heinkel’s direct influence on his companies with a workforce of about 50,000 people, mainly forced laborers and concentration camp prisoners, was stopped for the time being. Although he retained two thirds of the company’s capital, he had to content himself with the position of chairman of the supervisory board.

Heinkel moved to Vienna and started a new design bureau and corporate offices in Vienna’s Schwechat suburb, establishing new manufacturing facilities. One of the later projects Ernst Heinkel worked on was the Heinkel He 177A heavy bomber. A large part of the Heinkel works was destroyed or expropriated and dismantled in 1945. Ernst Heinkel was arrested in 1948 and initially classified as a “follower” of the Nazi regime, but after the appeal proceedings he was classified as a “reliever” by the Allies before the end of the war because of his proximity to the Canaris Resistance Circle.

After the war, Heinkel made a living with private transportation. In 1950, the Heinkel works in Stuttgart began a new beginning with the production of engines, including for Veritas. From 1953 scooters were built. These “Heinkel Tourist” called scooters with four-stroke engine and oil-running chain drive quickly became famous for their robustness.  Furthermore, he introduced the Bubble car and the Perle moped.