You are here: Home › computer science › Ted Nelson and the Xanadu Hypertext System 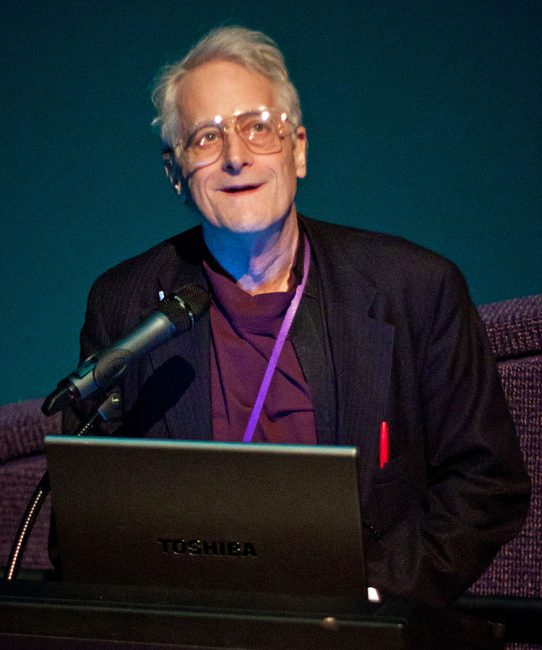 On June 17, 1937, American pioneer of information technology, philosopher, and sociologist Theodore Holm “Ted” Nelson was born. Nelson coined the terms hypertext and hypermedia in 1963 and published them in 1965. Nelson founded Project Xanadu in 1960, with the goal of creating a computer network with a simple user interface, a predecessor of modern World Wide Web.

“HTML is precisely what we were trying to PREVENT— ever-breaking links, links going outward only, quotes you can’t follow to their origins, no version management, no rights management.”
— Ted Nelson, 1999 [10]

Ted Nelson attended Swarthmore College where he received his bachelors degree in 1959. After one year of graduate study in sociology, Nelson continued his studies in philosophy at the University of Harvard in 1960. The son of director Ralph Nelson and actress Celeste Holm, Ted Nelson was photographer and filmmaker at John C. Lilly’s Communication Research Institute in Miami, Florida next to his studies. He was further an instructor in sociology at Vassar College during the 1960s.

A Computer Based Writing System

During his time at Harvard, Nelson already envisioned a computer-based writing system that would provide a lasting repository for the world’s knowledge, and also permit greater flexibility of drawing connections between ideas, which became known as Project Xanadu. The project was already founded in 1960. Nelson proposed a machine-language program able to store and display documents as well as edit them. Nelson intended to facilitate nonsequential writing. That means the reader would choose their own path through an electronic document. His idea was published in a paper in 1965 in which he called his idea ‘zippered lists’. These zippered lists would allow compound documents to be formed from pieces of other documents, a concept named transclusion. In 1967, the project was named ‘Xanadu‘ in honor of the poem “Kubla Khan” by Samuel Taylor Coleridge.[11]

Nelson supported the project through administrative, academic and research positions as well as consultancies. He met with Douglas Engelbart (whom he later befriended) and consulted Brown University on the Nelson-inspired Hypertext Editing System.[8] Nelson further worked with CBS Laboratories, Bell Labs, the University of Illinois at Chicago and Swarthmore College. During the early 1980s, Nelson was editor of Creative Computing and joined San Antonio, Texas-based Datapoint as chief designer.

When Nelson first predicted many of the features of today’s hypertext systems, the impact was rather little. While many researchers were interested in his ideas, he lacked the technical knowledge to demonstrate how they could be implemented. In the end, Project Xanadu was never really able to take off. Nelson later stated that some aspects of his vision are being fulfilled by Tim Berners-Lee‘s invention of the World Wide Web, but he dislikes the World Wide Web, XML and all embedded markup.[6] According to internet activist Jaron Lanier, the main differences of Ted Nelson’s approach and the Web are:

“A core technical difference between a Nelsonian network and what we have become familiar with online is that [Nelson’s] network links were two-way instead of one-way. In a network with two-way links, each node knows what other nodes are linked to it. … Two-way linking would preserve context. It’s a small simple change in how online information should be stored that couldn’t have vaster implications for culture and the economy”
— Jaron Lanier on the differences of Ted Nelsons Xanadu and the Web

Nelson was co-founder of Itty Bitty Machine Company, a small computer retailer based in Evanston, Illinois, from 1977 to 1980. The Itty Bitty Machine Company was one of the few retail stores to have the original Apple I. In 1978, Nelson had a significant influence on IBM’s thinking when he presented his vision of the potential of personal computers to the team that launched the IBM PC three years later.

During his later career, Ted Nelson worked on a new information structure called ZigZag and he developed XanaduSpace, a system for the exploration of connected parallel documents. According to a 1997 Forbes profile, Nelson “sees himself as a literary romantic, like a Cyrano de Bergerac, or ‘the Orson Welles of software.’ He is a visiting scholar at Oxford University at the Oxford Internet Institute, where he works in the fields of information, computers and human-machine interfaces.

Ian Ritchie: The day I turned down Tim Berners-Lee: