You are here: Home › computer science › Douglas Engelbart and the Computer Mouse 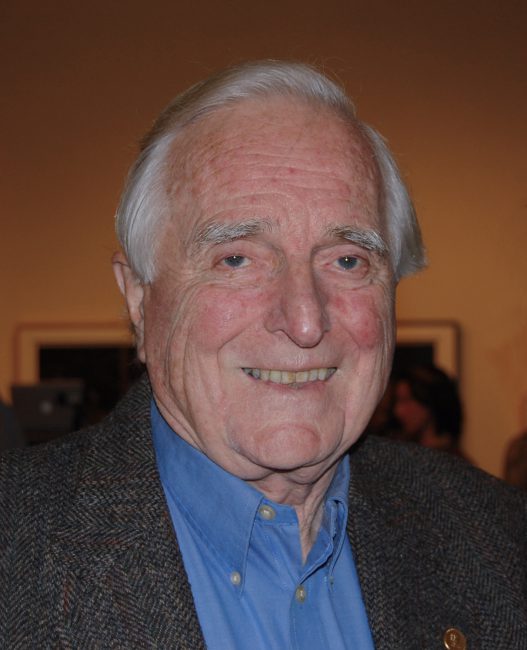 On November 17, 1962, U.S. American computer pioneer Douglas C. Engelbart has been granted a patent on the world’s first computer mouse. Using the computer mouse has become as normal as eating with knife and fork these days. But this has not always been the case, since the first computers had no graphical interface and every command had to be typed in via a traditional keyboard, which made the use of computers quite sometimes rather complicated. It was Douglas Engelbart in 1963, who worked at the Stanford Research Institute on human computer interactions and was looking for a better solution to navigate though the system.

„I don’t know what Silicon Valley will do when it runs out of Doug’s ideas.“
– Alan Kay, Pioneer of Computer Graphics (and more…)

Douglas Engelbart was the second of three children of his parents Carl Louis and Gladys Engelbart, née Munson. Through his paternal grandmother he had German ancestors, his mother came from a family of Norwegian-Swedish immigrants. His father Carl Engelbart studied electrical engineering at Washington State College and initially worked as an electrical engineer in the Bremerton shipyards. After the First World War he became a businessman and finally opened a radio shop in Portland. He died when Douglas Engelbart was nine years old. Engelbart studied electrical engineering at Oregon State University (B.S.) from 1942 to 1948, interrupted in 1944 by his conscription to the Second World War. For two years he was trained as a radar technician in his desired profession and was not stationed in the Philippines until the end of the war. At UC Berkeley in 1952 he completed a second degree in engineering. In 1955, he received his doctorate there for a computer-technical thesis on gas plasma screens.

By coincidence, he was still reading as a GI in the Atlantic Monthly in the article As We May Think (July 1945) by Vannevar Bush‘s vision of an information-processing machine. [4] The so-called Memex (MemoryExtenders) is a fictitious compact analog computer that could be used as a personal tool. This idea left him with such a lasting impression that he devoted his entire life to the realization of this concept. In 1962, he further developed this human-centered concept from a technical point of view in Augmenting Human Intellect: A Conceptual Framework.

Currently, Engelbart’s invention, the computer mouse, which he developed in 1963 as an X-Y position indicator for a screen system at the Stanford Research Institute, is still most widely known. On December 9, 1968, he presented this indicator with a rotary knob and a button for the first time to a specialist audience; the impression and consequences of the presentation were so far-reaching that Steven Levy described his 1994 lecture as The Mother of All Demos. In addition, he provided essential ideas on all aspects of human-machine interaction, including graphical user interfaces, hypertext, and computer networks. His research was partly funded by ARPA, for which he not only developed tools for online collaboration, but also set up and managed one of the first four nodes of the Arpanet at his institute. 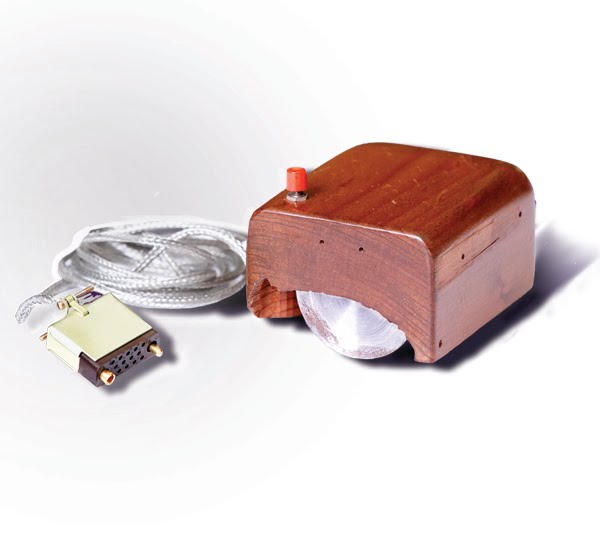 Engelbart’s prototype of a computer mouse, as designed by Bill English from Engelbart’s sketches © SRI International

In the early 1970s a number of his best colleagues left his institute. They mostly went to Xerox PARC, where the Xerox Alto, the first PC with a graphical user interface, was to be developed in 1973. In 1976 Engelbart’s laboratory was sold to Tymshare. At the age of 63, he and his daughter Christina founded the Bootstrap Project at Stanford University in 1988, which was initially limited to 18 months. Engelbart led the Bootstrap Institute in 2008, supported by Logitech, which is dedicated to improving human-machine interaction. In 2009, he renamed the institute Doug Engelbart Institute.

The development of the mouse gradually encouraged computer scientists to improve the graphical interfaces and to improve the computer’s usability. The company Apple noticed the new trend, but also saw the difficulty that the new mouse was just too expensive (400 USD) for the market. They occupied many engineers to build a mouse that was smarter and could be sold for only 25$. The new improved pointer was first introduced with Apples computer ‘Lisa‘,[5] but due to the high costs of the computer it was not a great success. However, the release of ‘Lisa‘ and the new computer mouse was a breakthrough and was seen as the ultimate intersection between humans and machines.

In 1997 he was awarded the Lemelson-MIT Prize of $500,000, the world’s largest single prize for invention and innovation, and the ACM Turing Award. Douglas Engelbart died of kidney failure on 2 July 2013 at the age of 88 in Atherton, California.