You are here: Home › biology › Sidney Fox and his Research for the Origins of Life 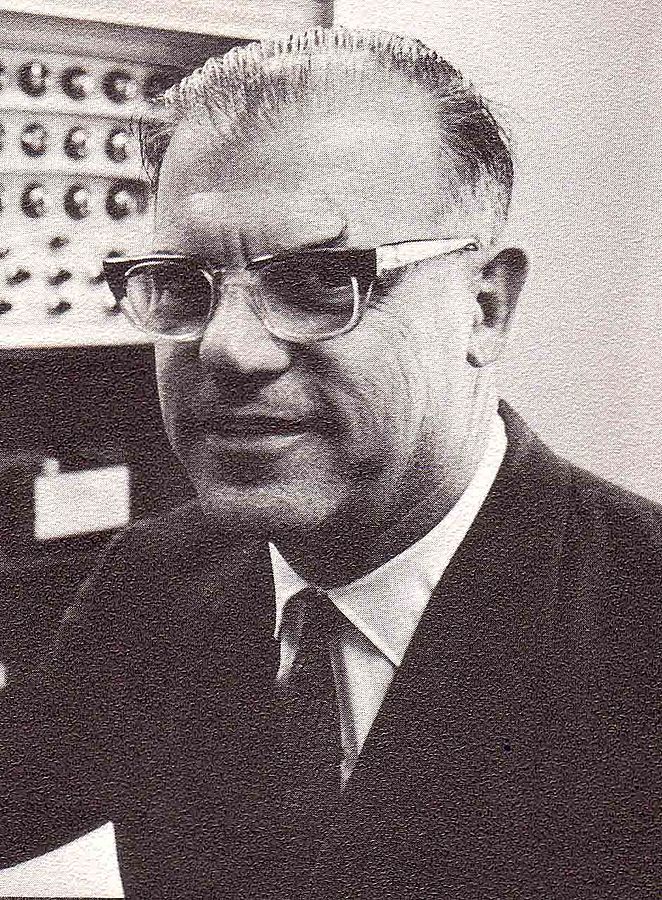 “A further aspect I should like to discuss is what I call the practice of infinite escape clauses. I believe we developed this practice to avoid facing the conclusion that the probability of self-reproducing state is zero. This is what we must conclude from classical quantum mechanical principles as Wigner demonstrated”
– Sidney W. Fox

Sidney Fox was born in Los Angeles, California, the son of Jacob Fox, a Jewish wig-maker, and Louise Berman, a Ukrainian immigrant. He attended the University of California and earned his Bachelors Degree in Chemistry. At the California Institute of Technology, Fox earned his Ph.D. in 1940 and did his postdoctoral work at the Linus Pauling Laboratory where he also grew close with Linus Pauling. Fox became a full professor at Iowa State College in 1943 and was appointed head of the Iowa Agricultural Experimental Station’s Chemistry Department at the end of the decade.

Sidney Fox performed several experiments in the field of the production of amino acids from inorganic molecules. These experiments were based on the information found in the Miller–Urey experiment, which was performed Stanley Miller [5] under the guidance of Harold Urey [4] in the early 1950s. They boiled water in a flask with the gases hydrogen, ammonia, and methane. The gases then flowed past two electrodes that produced an electrical charge that acted as the lightning that would have been in the atmosphere before life on Earth. After the gases condensed and fell back into the flask, Miller observed acids and amino acids in the flask. They concluded that life formed from the presence of inorganic molecules, water, and electrical charge.

Similar results were achieved by Sidney Fox and Kaoru Harada in the 1960s. In their experiment, methane flowed through a concentrated solution of ammonium hydroxide and then into a hot tube containing silica sand at about 1000 °C. Fox indicated that silica gel, volcanic lava, and alumina could be used in place of silica sand. The gas was then absorbed in cold, aqueous ammonia. The result was twelve protein-like amino acids: aspartic acid, glutamic acid, glycine, alanine, valine, leucine, isoleucine, serine, threonine, proline, tyrosine, and phenylalanine.

Along with Kaoru Harada, Fox performed another experiment in 1958 titled ‘Thermal Copolymerization of Amino Acids to a Product Resembling Protein‘. Starting out with L-glutamic acid heated in an oil bath. Then, DL-aspartic acid and an amino acid mixture were added to the L-glutamic acid and heated under a layer of CO2. The solution was then cooled and later water and ethanol were added and filtered. The solid left over from filtering was put in cellophane dialysis tubing and left in a water bath. After a few days, the insides of the tubes were observed and the researchers found polypeptide chains, which they called proteinoids. The experiment was meant to resemble the drying-out of amino acids in similar conditions to those of primordial Earth. The experiment did not prove that proteins were formed on primordial earth using primarily heat, but Fox and Kaoru Harada believed it suggested that if proteinoids could be synthesized using just heat and the amino acids formed from the Miller–Urey experiment, then more research could lead to an answer to how anabolic reactions, enzymatic proteins, and nucleic acids were first formed and in turn, how the earliest forms of life originated.

Sidney Fox also claimed that the origin of the cell is a microsphere or protocell. Microspheres are made from the addition of water or salt solution to the appropriate proteinoids. In his experiment, the microspheres produced were mostly uniformly spherical and Fox believed that the shape and uniformity mimics that of coccoid bacteria. Fox also believed that the uniformity meant that there was a sophisticated system that kept the microspheres at equilibrium. The microspheres were able to asexually divide via binary fission, could form junctions with other microspheres, and developed a double membrane corresponding to that of a cell. They could have been an important intermediate stage on the way to the origin of life. Microspheres could be the missing link between simple organic compounds and living cells.

Fox continued working as a professor up into his eighties. Sidney Walter Fox died on Monday, August 10, 1998 in Mobile, Alabama, at age 86.