You are here: Home › philosophy › Reality according to Alexius Meinong 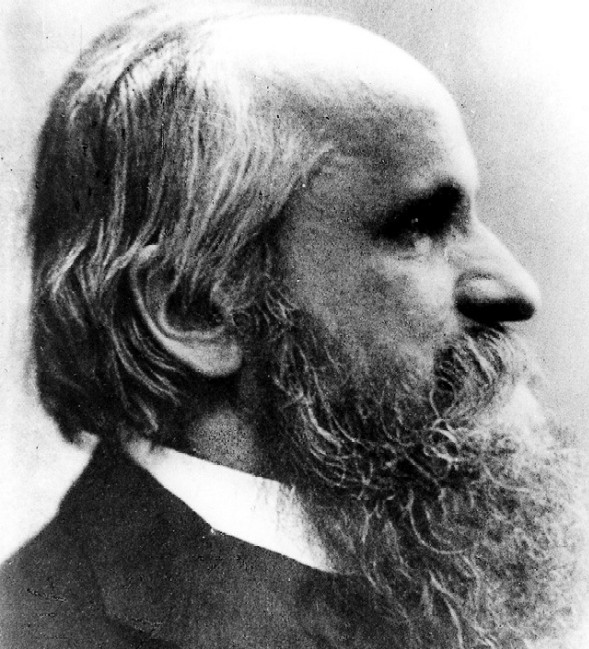 On July 17, 1853 Austrian philosopher Alexius Meinong was born. He is best known for his contributions to ontology as well as to the philosophy of mind and theory of value. Famous is also his his belief in nonexistent objects. Meinong distinguished several levels of reality among objects and facts about them. The object theory of Alexius Meinong states fundamentally that every experienced act of perception is intentional. The experience is directed to the object and relates to it.

“The totality of what exists, including what has existed and will exist, is infinitely small in comparison with the totality of the objects of knowledge.”
– Alexius Meinong,  Über Gegenstandstheorie. (1904)

Meinong was born in Lemberg, former capital of the Austrian crown land Galicia (before and after the Habsburg period Lwów, Poland; today Lviv, Ukraine) as the youngest of the six children of Anton Meinong von Handschuchsheim, an Austrian Major General, and his wife Wilhelmine. As child, Meinong showed a strong inclination to music, practically as well as theoretically, as he performed chamber music with the piano or the violin in a proficient way. He suffered from an inherited semi-blindness, a handicap that he always tried to conceal, but which was already a hindrance in his early years and deteriorated to almost complete blindness in the course of his life.[1]

He studied at the Akademisches Gymnasium, Vienna and later the University of Vienna, where he read history and philosophy as a pupil of philosophical psychologist Franz Brentano and graduated in 1874. Brentano encouraged Meinong to study David Hume,[5] and in due course Meinong produced two books on the English philosopher. His philosophical apprenticeship was thus in the tradition of British empiricism, and his subsequent work owes more to this tradition than to any German philosopher.

He taught at Vienna as a lecturer for four years (1878–1882) and then moved to the University of Graz, where he became professor and Chair of Philosophy and where he taught until his death in 1920. In 1894, he founded the Graz psychological institute and the Graz School of experimental psychology, the first such institution in Austria. He was the first to carry out systematic experiments in Gestalt psychology, and among others, also supervised the promotion of Christian von Ehrenfels, founder of Gestalt psychology.

In his major work, Über Annahmen (1902; “On Assumptions”), Meinong discussed the assumptions men make in believing they know or do not know a particular truth. However, he is most noted, for his Theory of Objects (Über Gegenstandstheorie, 1904), which grew out of his work on intentionality and his belief in the possibility of intending nonexistent objects. His starting point was that the theory of objects is too narrowly constructed. There is a general tendency in philosophy to deal only with those objects which exist and, moreover, a tendency in commonsense thinking to equate the existent object with material entities.[2]

Nevertheless, it is possible to think about something, such as a unicorn, even though that object does not exist. Since we can refer to such things, they must have some sort of being. Meinong thus distinguishes the “being” of a thing, in virtue of which it may be an object of thought, from a thing’s “existence“, which is the substantive ontological status ascribed, for example, to horses but denied to unicorns. It is, for example, possible to sort out true and false statements about Santa Claus, and this could not be the case if the name denoted nothing at all.[2] Meinong called such nonexistent objects “homeless”. Others have nicknamed their place of residence “Meinong‘s jungle” because of their great number and exotic nature.

Anticipating the work of the Phenomenologists, Meinong maintained that objects remain objects and have a definite character and definite properties (Sosein) even if they have no being (Sein). Meinong’s views on existence are also controversial in the field of philosophy of language for holding the view that “existence” is merely a property of an object, just as color or mass might be a property. Like Franz Brentano, Meinong considered the basic feature of mental states to be “intentionality,” or the direction of attention to “objects.” He distinguished two elements in every experience of the objective: the “content” of the experience, which distinguishes one object from another; and the “act” by which the experience approaches its object. The “acts” involved in thinking about a real object, such as a table, are different from the acts involved in reading a book and thinking about a fictional character such as Sherlock Holmes.[3]

Meinong devoted considerable effort to investigating the nature of the emotions and their relation to intellectual phenomena. He divided mental phenomena into two classes: serious, genuine (Ernstgefühle, bona fide) phenomena and “phantasy phenomena” (Scheinegefühle). A phantasy presentation is distinguished from a bona fide presentation by the absence of belief in the existence of the object being presented. A bona fide emotion arises from a state of affairs which is believed to be real, while a phantasy emotion arises from a state of affairs which is known not to really exist. Art, literature and music create circumstances that evoke emotions similar to those which would be experienced in real-life situations, yet the person experiencing the emotions is aware that those circumstances are deliberately created.[3]

Meinong holds that objects can be divided into three categories on the basis of their ontological status and may have one of the following three modalities of being and non-being:

Certain objects can exist, e.g. mountains or horses, others cannot in principle ever exist, such as the ideal objects of mathematics, such as numbers or theorems: such objects simply subsist. A third class of objects cannot even subsist, such as impossible objects, as e.g. black milk or a square circle.

Philosopher Bertrand Russell [4] respected Meinong‘s work and in response to the theory of objects Russel developed his own theory of descriptions, first elaborated in his famous essay “On Denoting.” Russell questioned the validity of the principle that, because a phrase such as “the unicorn” could serve as the subject of a sentence, it denoted a reality. He characterized such phrases as “descriptions,” or “incomplete symbols,” rather than “names,” and questioned whether they had any real meaning when taken by themselves. He contended that sentences which had such descriptions as grammatical subjects could be restated in a way that would show that they were not the real logical subjects.