You are here: Home › geology › Pierre Louis Maupertuis – The Man who flattened the Earth 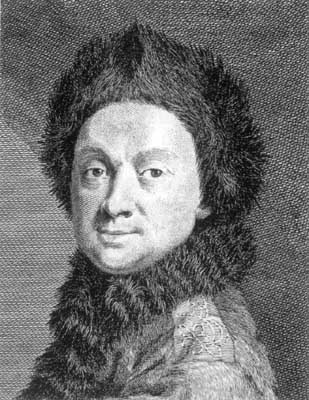 On September 28, 1698, French mathematician, philosopher and man of letters Pierre Louis Maupertuis was born. Maupertuis made an expedition to Lapland to determine the shape of the Earth. He is also credited with having invented the principle of least action, an integral equation that determines the path followed by a physical system.

“Nature always uses the simplest means to accomplish its effects.”
– Formulation of the principle of least action, as stated in Mémoires de l’académie royale des sciences (1748)

Pierre Louis Maupertuis was born at Saint-Malo, France. He was the son of the naval officer, capitaine malouin and deputy to the Conseil royal de commerce René Moreau de Maupertuis (1664-1746), his mother was Jeanne-Eugénie Baudran (1672-1724). Maupertuis attended the Collège de la Marche in Paris from 1714, where he studied philosophy, returning to Saint-Malo in 1716 at the request of his mother, where he began to study music in 1717 and his interest in mathematics awakened. Maupertuis was educated in mathematics by a private tutor, Nicolas Guisnée and after completing his formal education at the age of 20, Maupertuis joined the army in Lille as a musketeer lieutenant and later became a cavalry captain, serving there for five years. In his free time, he studied mathematics. In 1722, he went to Paris and joined intellectual circles, including being friends with Marivaux, where he began building his reputation as a mathematician and literary wits.

In 1723, at the age of 25, he was admitted to the French Académie des sciences and later became a full member of this Parisian academy of sciences in 1725. During these years, he received his doctorate there with the thesis Sur la forme des instruments de musique (On the shape of musical instruments, 1724), which was accepted by the academy in 1723. His first work dealt with the relationship between musical acoustics and the form of instruments. He published on mathematics and biology (for example, the salamander). In 1728 he traveled to London, where he was elected a member of the Royal Society. In 1729/30 he was in Basel, where he studied under one of the leading continental European mathematicians of the time, Johann I Bernoulli.[6] In particular, he studied Isaac Newton‘s Principia and his theory of gravitation. He became a fierce proponent of this theory, which at the time, as a seemingly inexplicable theory of action at a distance, was mostly met with skepticism on the Continent (including by the Bernoullis) in favor of Descartes’ theory. 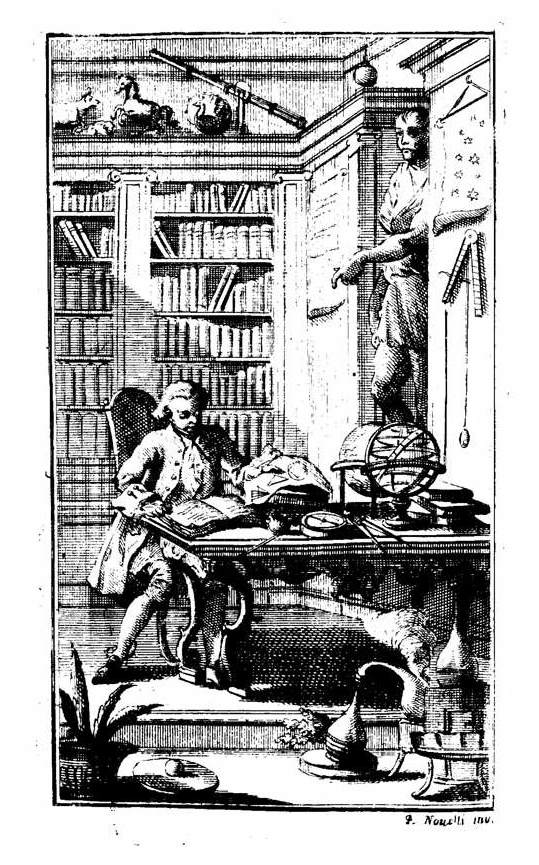 “It is interesting to note that Newton was not impressed by Descartes’ great argument for God’s existence derived from the idea of a perfect Being, nor by other metaphysical arguments that we have mentioned; yet Newton’s own arguments for God’s existence from the uniformity and suitability of different parts of the universe would not have seemed like proofs to Descartes.”
– Pierre Louis Maupertuis, Les Loix du Mouvement et du Repos, déduites d’un Principe Métaphysique (1746)

Among other things, people in France believed they could deduce from the survey of the land a shape of the earth contrary to Newton’s theory – an elongation toward the poles rather than, as Newton predicted, a flattening. To verify this, geodetic measurements were needed in more distant areas. Thus, the shape of the Earth became a major issue of science in the 1730s. Pierre Louis Maupertuis predicted the Earth to be more oblate shaped, which he based on his studies of Newton’s works. However, his rival Cassini measured Earth to be prolate. In 1736 Maupertuis acted as chief of the French Geodesic Mission sent by King Louis XV to Lapland to measure the length of a degree of arc of the meridian.  Simultaneously with a second group in today’s Ecuador (Pierre Bouguer,[8] Charles Marie de La Condamine, Louis Godin) an exact degree measurement of a long meridian arc should be made, in order to determine from the differences in the radius of curvature of the earth its size and form. The measurements of both groups confirmed the Newtonian theory of polar oblateness. Maupertuis was so proud of his scientific achievement under the difficult conditions that he subsequently often wore the costume of the lobes. His results, which he published in a book detailing his procedures, essentially settled the controversy in his favor. The book also included an adventure narrative of the expedition, and an account of the Käymäjärvi Inscriptions. 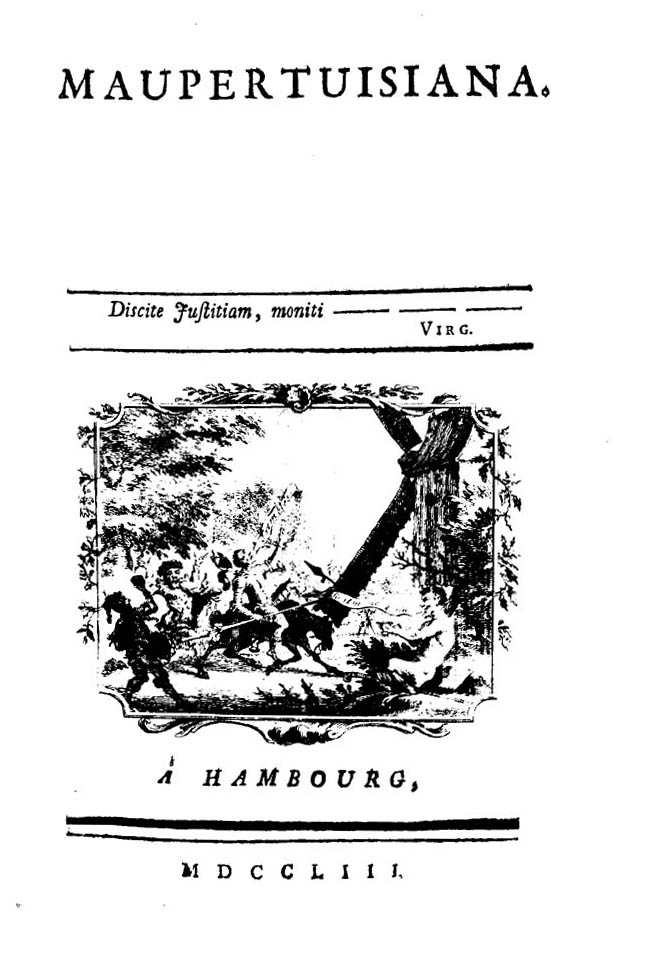 Maupertuisiana (1753), published anonymously by Voltaire or König. On the cover is represented Don Quixote (Maupertuis) attacking the windmills with the broken lance and exclaiming “Tremoleu!”. Underneath there is Sancho Panza (Euler) riding a saddle, while to the right a satyr exclaims: “This is how you get to the stars!”

After returning from the Lapland expedition, Pierre Louis Maupertuis increased his reputation greatly and then indended to continue his earler scientific work. In 1740, Frederick the Great, on Voltaire‘s recommendation, invited him to Berlin to take charge of the Prussian Academy of Sciences. However, since Frederick was preoccupied with military matters, Maupertuis accompanied him and fell into Austrian captivity during the Battle of Mollwitz, was taken to Vienna, but was treated kindly there and soon released on Maria Theresa’s orders. He returned first to Berlin, but already in June 1741 to Paris to await the end of the Second Silesian War. 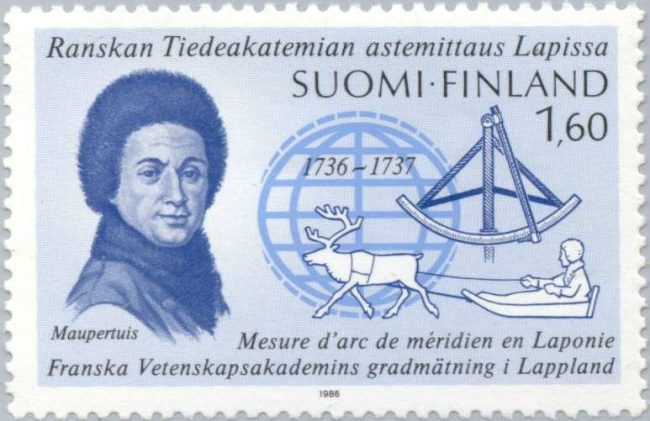 Commemorating stamp of the French Geodesic Mission to Lapland.

Maupertuis was not only a mathematician and a good connoisseur of Newton’s and Leibniz’s theories, he also realized that Newton’s theories were not sufficient to explain biological phenomena. In this sense, he was one of the most advanced thinkers of his time, speaking out not only against preformism and Newtonian determinism, but also against creationism. Maupertuis proposed the principle of least action as a metaphysical principle that underlies all the laws of mechanics. However, the scientist also expanded into the biological realm, anonymously publishing a book that was part popular science, part philosophy, and part erotica: Vénus physique. In his work, Maupertuis proposed a theory of generation in which organic matter possessed a self-organizing intelligence that was analogous to the contemporary chemical concept of affinities. The work was widely read and commented upon favorably by Georges-Louis Leclerc, Comte de Buffon.[7] Maupertuis was an essentialist in the sense that he put any species that differed from its neighbors on the taxonomic map. However, even though he assumed the creation of new traits, he could not conceive of a gradual adaptation of the species by selecting the best adapted members of that species.

Frederick II of Prussia invited Maupertuis a few times and appointed him as president of the Royal Prussian Academy of Sciences in 1746. He lead the organisation with the help of Leonhard Euler until his death. In 1756 Maupertuis moved to Basel. There he died in 1759 in the house of Johann II Bernoulli.

Kenneth Young on “A Special Lecture: Principle of Least Action” [11]