You are here: Home › biology › Comte de Buffon and his Histoire Naturelle 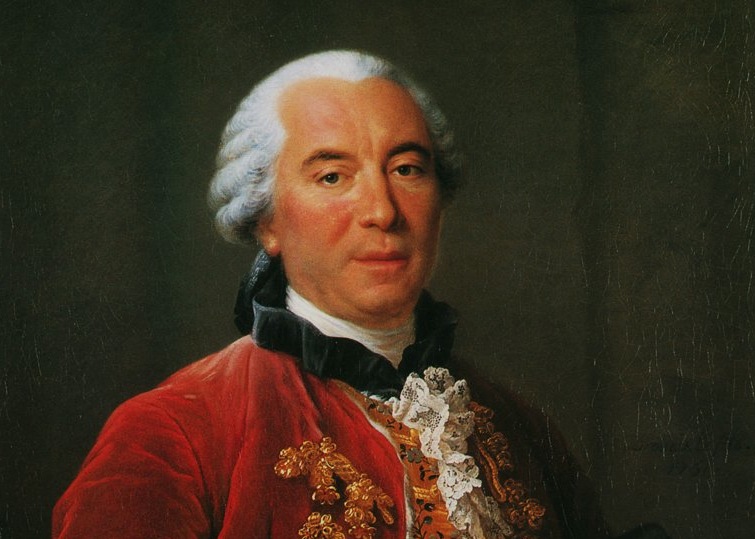 On September 7, 1707, French naturalist, mathematician, cosmologist, and encyclopedic author Georges-Louis Leclerc, Comte de Buffon was born. Buffon formulated a crude theory of evolution and was the first to suggest that the earth might be older than suggested by the Bible. His works influenced the next two generations of naturalists, including Jean-Baptiste Lamarck [2] and Georges Cuvier.[6]

“Truly, Buffon was the father of all thought in natural history in the second half of the 18th century”

Georges Louis Leclerc was born at Montbard, in the Province of Burgundy to Benjamin Leclerc, a minor local official in charge of the salt tax and Anne-Christine Marlin. In 1714 his mother’s uncle Georges Blaisot died childless, leaving a considerable fortune to his seven-year-old godson Georges Louis. Benjamin Leclerc then purchased an estate containing the nearby village of Buffon and moved the family to Dijon. Georges attended the Jesuit College of Godrans in Dijon and from 1723–1726 he then studied law in Dijon, the prerequisite for continuing the family tradition in civil service. In 1728 however, Georges left Dijon to study mathematics and medicine at the University of Angers in France.

England and Back Again

He was forced to leave Angers after a duel and took refuge at Nantes. At Angers in 1730 he had made the acquaintance of the young English Duke of Kingston, who was on his grand tour of Europe, and traveled with him and a large and expensive entourage for a year and a half through southern France and parts of Italy. They also visited England, and while there Buffon was elected a member of the Royal Society. In 1732 after the death of his mother, Georges returned to Dijon to secure his inheritance. Having added ‘de Buffon’ to his name while traveling with the Duke, he repurchased the village of Buffon, which his father had meanwhile sold off. With a fortune of about 80 000 livres Buffon set himself up in Paris to pursue science, at first primarily mathematics and mechanics, and the increase of his fortune. In 1732 he moved to Paris, where he made the acquaintance of Voltaire and other intellectuals.

Buffon at that time was particularly interested in questions of plant physiology. In 1735 he published a translation of Stephen Hales’s Vegetable Staticks, in the preface of which he developed his conception of scientific method. Maintaining an interest in mathematics, he published a translation of Sir Isaac Newton’s Fluxions in 1740. In his preface to this work he discussed the history of the differences between Newton and Gottfried Wilhelm Leibniz over the discovery of the infinitesimal calculus. He also made researches on the properties of timbers and their improvement in his forests in Burgundy.[1]

In 1739 Buffon was appointed head of the Parisian Jardin du Roi, which he was instrumental in transforming it into a major research center and museum. He also enlarged it, arranging the purchase of adjoining plots of land and acquiring new botanical and zoological specimens from all over the world.

“Writing well consists of thinking, feeling and expressing well, of clarity of mind, soul and taste …. The style is the man himself” (“Le style c’est l’homme même”, Comte de Buffon)

The wide range of topics which Buffon wrote on include mathematics, the theory of probability, astronomy and physics, especially optics. He is best known, however, for his Histoire naturelle, générale et particulière (1749-1804) a work of vast magnitude (44 volumes) and exceptional influence. His aim was to publish 50 volumes, but only 36 had appeared by the time of his death.[4] Not being a field naturalist or a skilled anatomist, Buffon sought an interpretation of nature and clearly felt that, for this purpose, exhaustive enumeration of animal characteristics was of secondary importance. The great value of the Natural History resides in the anatomical descriptions contributed not by Buffon but by his assistants, above all, the classical studies of mammalian anatomy presented by Louis Daubenton.[3] Buffon’s Histoire naturelle was the first modern attempt to systematically present all existing knowledge in the fields of natural history, geology, and anthropology in a single publication. To keep the descriptions of the animals from becoming monotonous, Buffon interspersed them with philosophic discussions on nature, the degeneration of animals, the nature of birds, and other topics.[1] 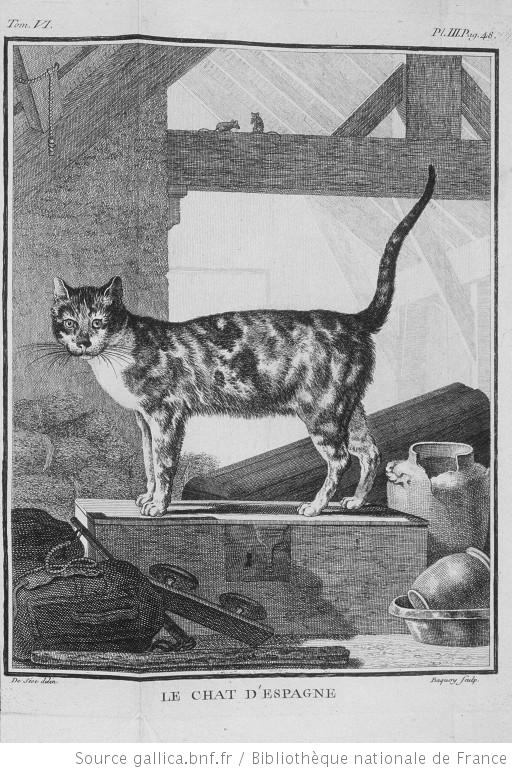 In the opening volumes of the Histoire naturelle Buffon questioned the usefulness of mathematics, criticized Carl Linnaeus‘s taxonomical approach to natural history [5], outlined a history of the Earth with little relation to the Biblical account, and proposed a theory of reproduction that ran counter to the prevailing theory of pre-existence. No wonder that the early volumes were condemned by the Faculty of Theology at the Sorbonne. Buffon published a retraction, nevertheless he continued publishing the offending volumes without any change.

Buffon’s position among his contemporaries was by no means assured. The theologians were aroused by his conceptions of geological history; others criticized his views on biological classification; the philosopher Étienne de Condillac [9] disputed his views on the mental faculties of animals; and many took from his work only some general philosophical ideas about nature that were not faithful to what he had written. Voltaire did not appreciate his style, and d’Alembert called him “the great phrasemonger.”[1,7] Buffon himself reacted to the attacks on him with great dignity and did not get into bad tempered disputes as many scientists of this period did.[4]

“America, Buffon wrote in his vast and much-esteemed Histoire Naturelle, was a land where the water was stagnant, the soil unproductive, and the animals without size or vigor, their constitutions weakened by the “noxious vapors” that rose from its rotting swamps and sunless forests. In such an environment even the native Indians lacked virility. “They have no beard or body hair,” Buffon sagely confided, “and no ardor for the female.” Their reproductive organs were “small and feeble.” (from Bill Bryson, A Short History of nearly Everything)

Although Buffon was a friend of Denis Diderot [8] and Jean Le Rond d’Alembert [7], he did not collaborate on their Encyclopédie. When in 1772 Buffon became seriously ill and the promise that his son should succeed him as director of the Jardin became clearly impracticable and was withdrawn, the King raised Buffon’s estates in Burgundy to the status of a county – and thus Buffon (and his son) became a Count. Buffon died in Paris in 1788.